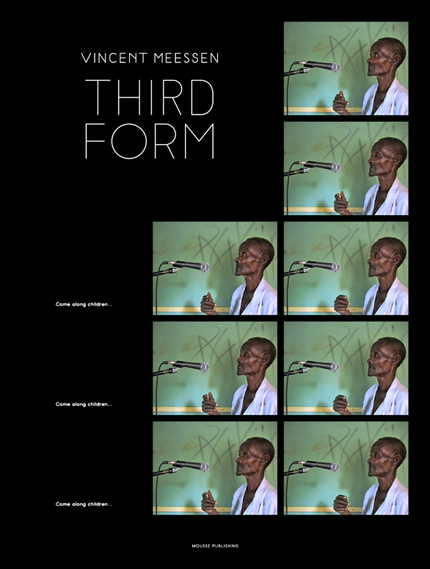 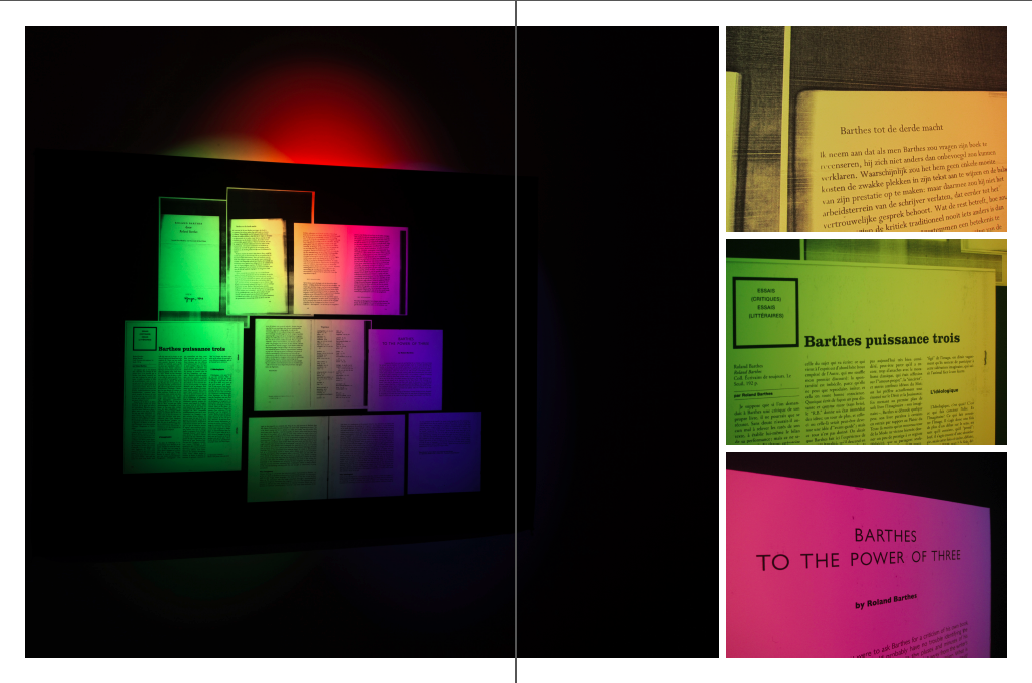 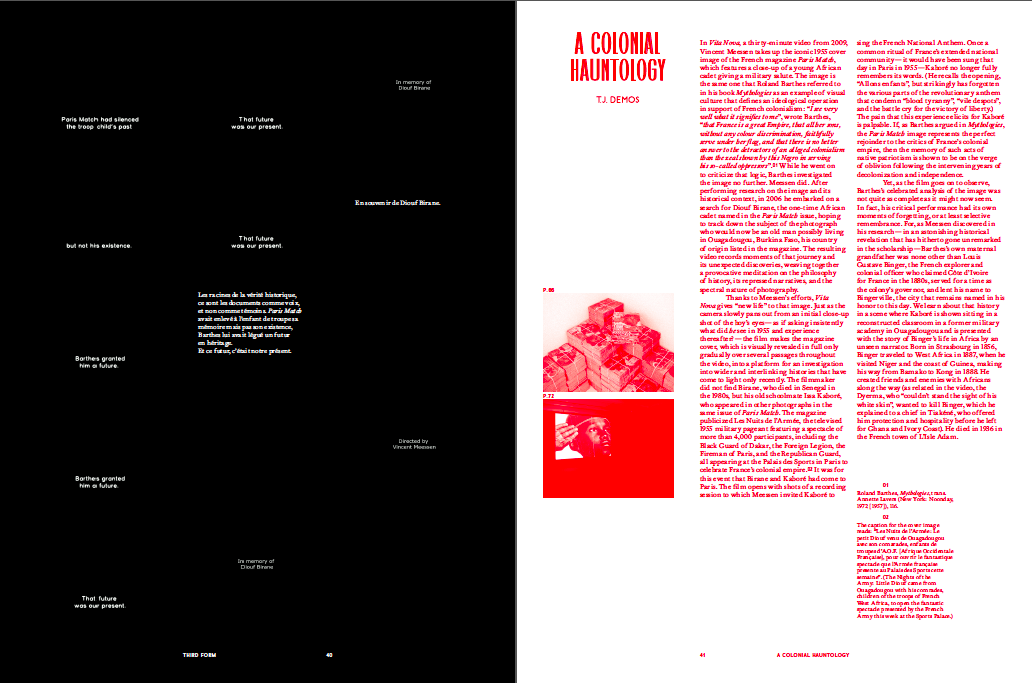 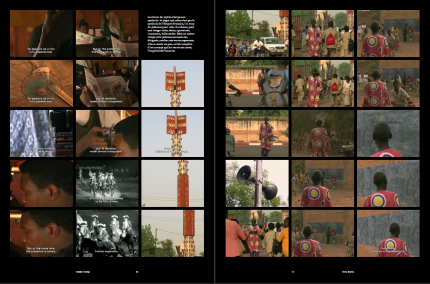 A publication by Vincent Meessen

The publication Third Form is a monography on My Last Life, an exhibition project by Vincent Meessen including his film Vita Nova that has received international critical acclaim and continues to travel. The publication was launched on the occasion of Vincent Meessen's solo presentation of  My Last Life at FRAC Aquitaine in Bordeaux from May 22 to August 31, 2015. The exhibition took place in the framework of Lumières de Barthes, an exhibition project celebrating the centenary of Roland Barthes’s birth.

My Last Life
The solo exhibition My Last Life by Vincent Meessen has been presented in various institutions between 2011-2015.

As its starting point, the exhibition uses the cover of Paris Match, issue 326, published in 1955, which depicts a colonial cadet performing a military salute. Roland Barthes famously wrote about this cover in his Mythologies, published in the late fifties. Vincent Meessen borrows the French thinker’s open-ended thread and speculates on the possible reasons that motivated Barthes to choose that particular picture. Meessen uses codes both from realism and narrative storytelling in order to construct a case study on the haunting mythography of colonial modernity.

Published by: Mousse Publishing
with the support of Cera Partners in Art
Printing: Cassochrome (Waregem)