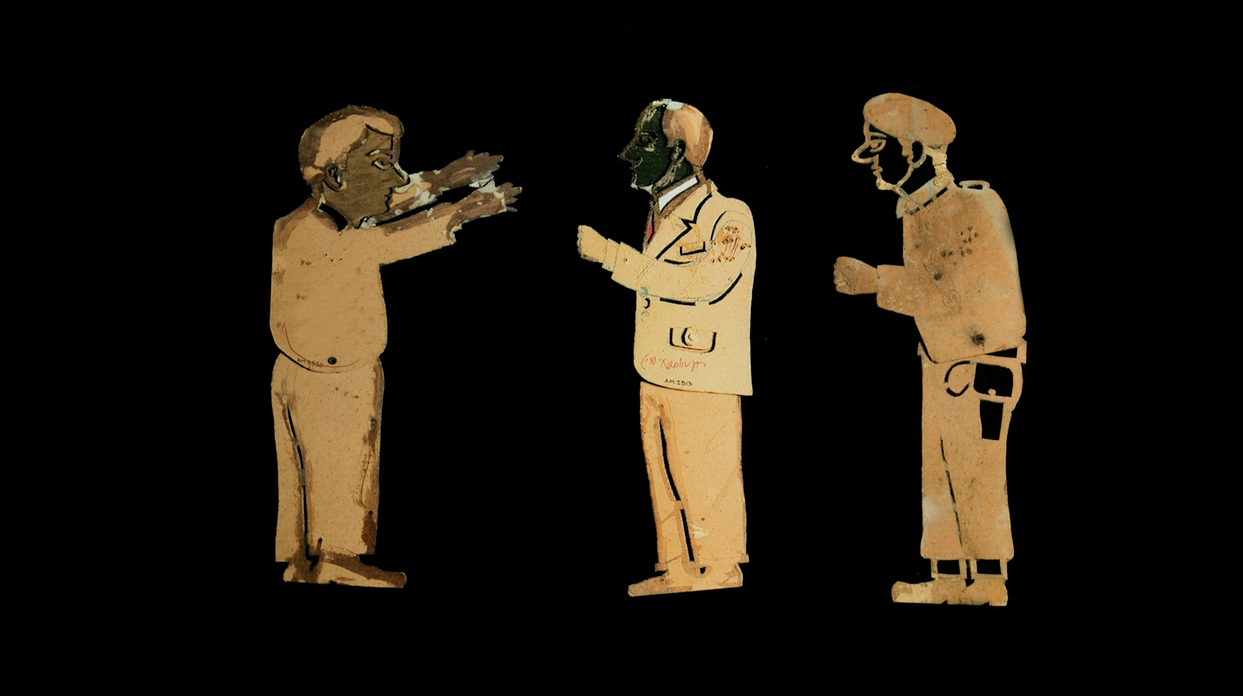 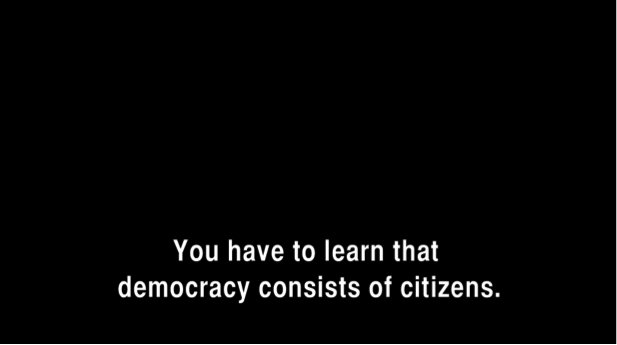 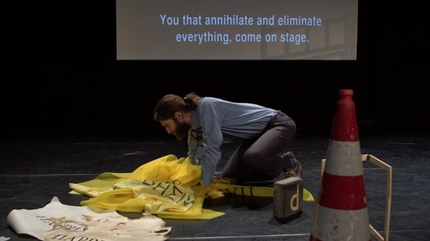 In her first cinematographic film, artist Eleni Kamma revisits the tradition of the Karagöz Theatre and its role in the creation of a political voice.

Until 1870, despite the “absolute monarchy and a totalitarian regime”, Karagöz “defied the censorship, enjoying an unlimited freedom”.Through the use of empty phrases, the illogical, the surrealistic, extreme obscenity and repetition, Karagöz theatre was often used as a political weapon to criticise local political and social abuse.

By 1923, this multi-voiced empire gave way to a Turkish-speaking republic within which the caricatures of ethnic characters no longer made sense. With the rise of new media, the popularity of Karagöz and Orta Oyunu declined even further.

Yar bana bir eğlence. Notes on Parrhesia reflects upon the term 'parrhesia', which implies not only freedom of speech, but also the obligation to speak the truth for the common good, even at personal risk, by questioning how the notion of entertainment relates to personal expression and public participation.

This is where the artist links to the Gezi Park protests in 2013, in which humor and creativity were key elements in mocking the political regimes. Filmic fragments from National Cypriot television archive alternate with the voices of Cypriot, Greek and Turkish Karagoz masters discussing the language, the history, the tools, and the political role of the medium.

The film is a visual essay in which pressing contemporary political matters intertwine with history and abstraction, and in which meticulousness of research meets with poetics of associations. How to move forward? Can we learn something from the old masters? At times the gaze is directed back to the viewer. To speak your mind, you must first overcome fear by taking a deep breath.

How we made it happen, workshop by On & For productions with a presentation of Yar bana bir eğlence (Oh, for some Amusement!), BOZAR, Brussels (2015)