Eleni Kamma (Athens, 1973) lives and works in Brussels and Maastricht. Her practice moves along a Moebius strip schema, that keeps circulating from her as individual artist (through drawings and objects), to dialectic collaborations (films, performative events, a journal) and back again, by writing about it and working on it with others.

Kamma searches for media and forms that help her overcome a hesitation of speaking in the first person within a national-cultural framework. Since 2009, she has been based in Maastricht and Brussels, living and working in both cities, and holding two nationalities, Greek and Cypriot. Due to her father’s refugee status in Greece and to the occupation of the northern part of Cyprus where her family originates, she constantly experiences the feeling of ‘not properly belonging’ from an early age. This has led her to consider myself as a pároikos, “(from pará, ‘close beside’ and oíkos, ‘house’)— someone living close to others as a temporary dweller,” leaving her with questions of raising one’s voice – in relation to her own identity – and how and who to address.

Kamma’s projects are characterized by long periods of research. Her practice is informed by the inherent gaps, blind spots and contradictions within existing cultural narratives and structures. These involve issues of memory, authenticity and identity. They often take the form of real objects or stories that are constituted as stereotypes through falsification or negation of their actual history. By revisiting systems of classification and strategies of description, she examines the relation of the cliché, the banal and the stereotype (as they occur in master narratives) to the formation of history and the production of meaning.

Following a series of residencies, Kamma’s practice expanded to spaces outside the traditional studio or gallery space, in a process-based and community-engaging direction. She continues to examine the relation between words and images with site-specific projects such as Oh, For Some Amusement! and The Travelogues. Since these projects, her work evolves around themes such as the importance of locality, the position of the foreigner and the notion of participation, which are addressed and translated into spatial narratives that take the forms of multi-media installations, publications, performances and short films. In her projects Kamma revisits old popular entertainment traditions, such as parades (Casting Call), the theatre of shadows (Oh, For Some Amusement!), Ottava Rima Duels (Georgofili) and choirs (P Like Politics, P Like Parrots). Such theatrical forms have the potential to revitalize dormant powers within a specific locality and may therefore trigger social awareness and enable the expression of political consciousness.

Witnessing Gezi protesters in Istanbul use theatrical tools to speak up for their cause made Kamma question how humorous practices of protest and free speech may be relevant to the practices of socially engaged contemporary art. Since then, her artistic practice develops performative strategies and creating temporary spaces of shared experience, where co-creation may be possible.

Since 2014, Kamma is part of the artist run organization Jubilee – Platform for artistic research and production. With Jubilee, she co-develops the cooperative research project Caveat from the practice she unfolds with her current research project Casting Call. 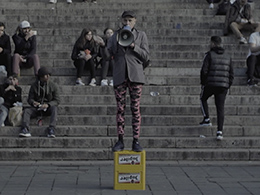 Eleni Kamma
The Selfie-Junkie, The Fool, The Animal, The Glossary, The Angry, The Collector Of Proverbs, and so on, 2018
→ exhibition 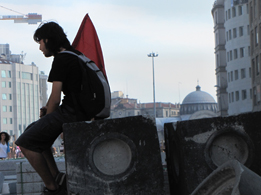 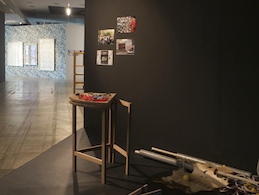 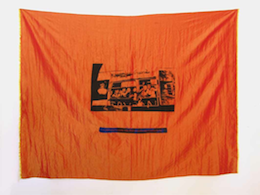 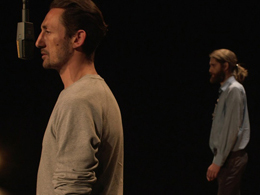 Eleni Kamma
It takes courage and breath to speak up, 2014
→ film 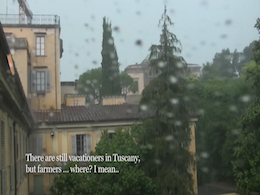 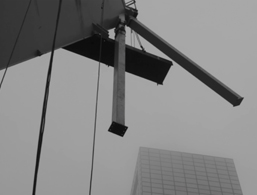 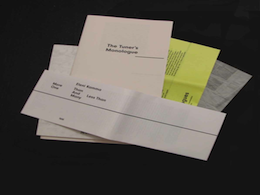 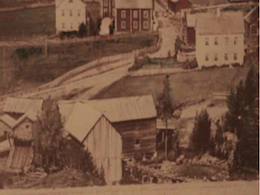 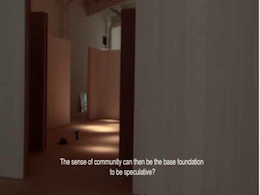 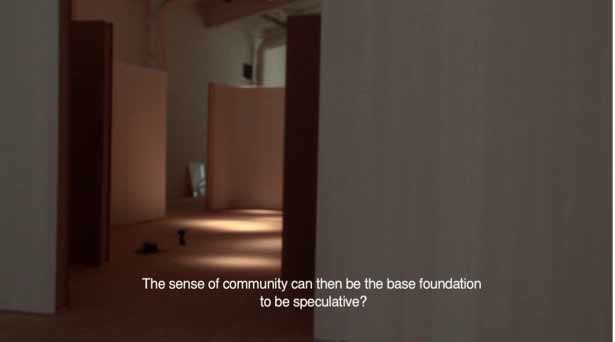