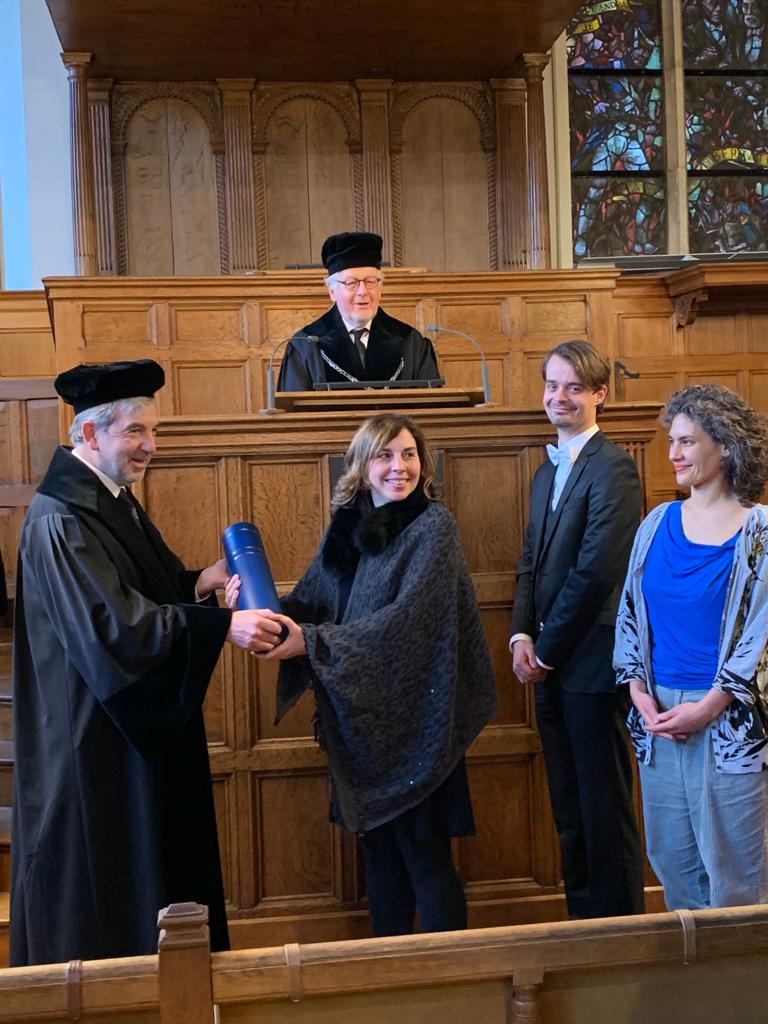 Taking Place: Parrhesiastic Theater as a Model for Artistic Practice

Jubilee wishes to congratulate her member artist Eleni Kamma with her PhD in the Arts, recently obtained from Leiden University Academy of Creative and Performing Arts and the Royal Academy of Art (KABK) in The Hague. In Taking Place: Parrhesiastic Theater as a Model for Artistic Practice, Kamma examines how local and traditional European forms of parrhesiastic theatre relate to and provide new insights into critical artistic practices today.

Casting Call (2017-ongoing) is a series of related attempts, events and manifestations that address aspects of miscommunication between citizens of the European Union due to its many languages and regional rituals. Kamma employs performative strategies inspired by old, stereotypical characters from European popular culture, art, theater, and cinema, brought together in the format of a parade. The Parade developed from a collection of commissioned texts and props, and from invited professionals, extras, and respondents to speak their minds by using this collection in playful ways.

Casting Call is conceived as an ongoing rehearsal, attempting to generate parrhesia and question its role in contemporary art through collaborative developments in a performative framework. Kamma calls this process a parrhesiastic theater parade. The parade operates between a cultural allegory of contemporary Europe and an invocation of an old, comedic parrhesiastic community. It is an invented genre of theatricality whereby events, actions, performances are staged by twenty-five distinct characters-types, ‘The Fool', 'The Animal', 'The Drunk', 'The Angry’ etc. They test the possibility of courageously voicing their opinions through scenes of excess and laughter. In doing so, they use texts and sketches commissioned by the artist on “disagreeable” concepts: Democracy, Prosperity, Solidarity, Europe, Languages, Migration, Pluralism.