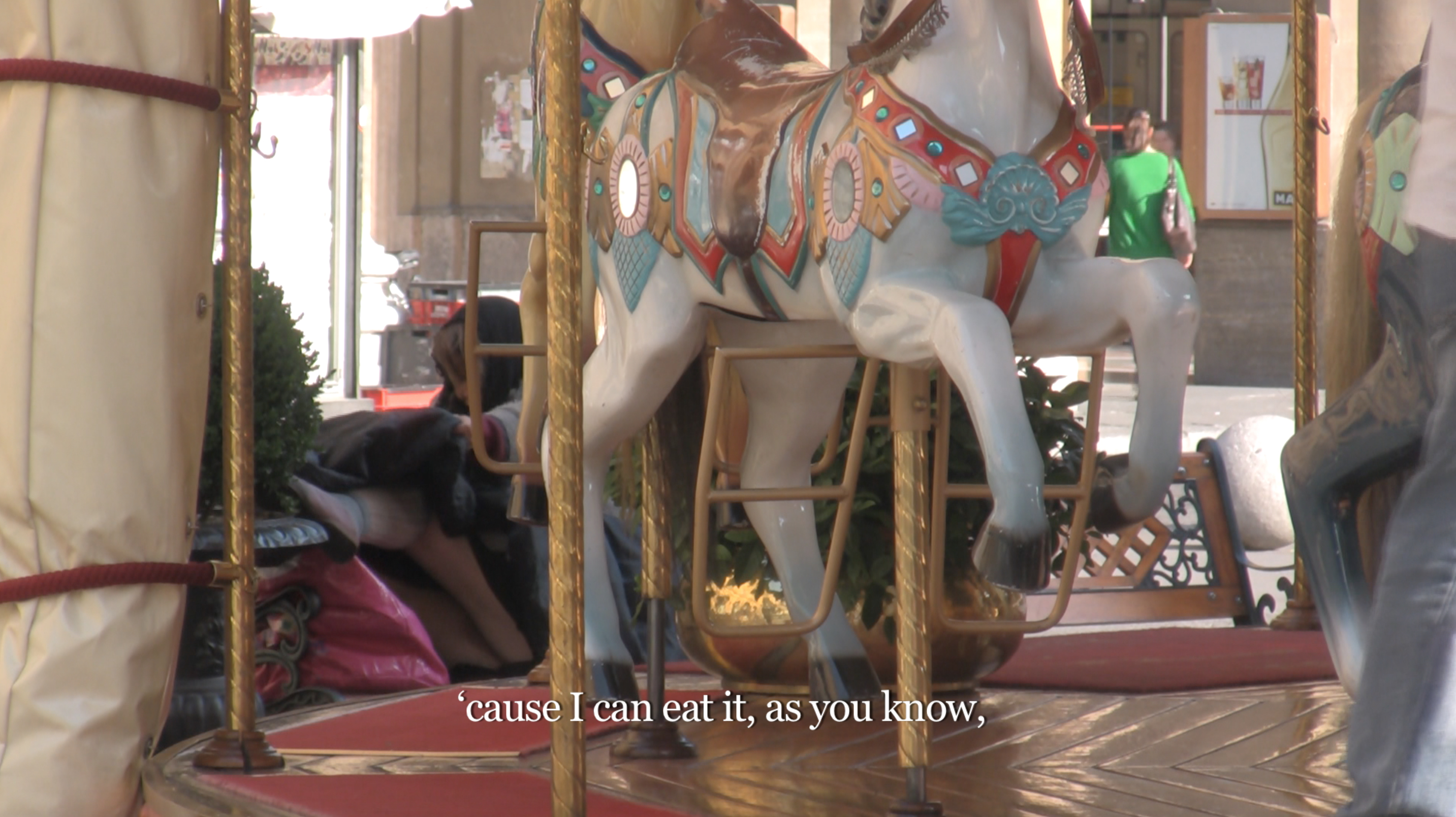 Georgofili, a film by Eleni Kamma, will be shown in the group exhibition Curved Arrows at Kunstraum am Schauplatz
01 - 28/05/2019
Opening on 30 April, 19h

Georgofili is a 27 minutes HD film produced in 2012, for the purposes of which Kamma conducted research during her residency at the Villa Romana as an international visiting artist in 2010 and 2011. Throughout Georgofili, an assemblage of different in timevoices of Italy takes place. The old genre of Tuscan “Contrasto”, verbal duels in which the performers-poets Emilio Meliano and Realdo Tonti use their arguing skills to debate the politics and morality of contemporary Italy, meets historical educational dialogues from the age of enlightened despotism, performed and commented by the young Italian actors Lavinia Parissi and Marco Rustioni. Georgofili explores the notion of history as a loop that keeps on restarting, although each next repetition can never be fully identical to the previous one.

Curved Arrows: "A curved arrow stresses its ambiguity through the symbolic difference of masculine and feminine design. The arrow is used here as a metaphor of the god Eros in Greek mythology, whose thin, long and pointed objects, in our case, do not hit their targets. An arrow that always misses reminds us that the imaginary demands are by definition unsatisfiable and that the original desire is sustained by its lack.

This exhibition is the continuation of a recent show (Stopping Point, 2018) based on a poem by Antoine Tudal, which describes the difficulty of love through the acoustic and verbal similarity of 'love' (l’amour) and 'wall' (le mur) in French. The 'love-wall' (l’a-mur) in the second part of this visual research is titled as 'Curved arrows'."

More information on the website of Kunstraum am Schauplatz