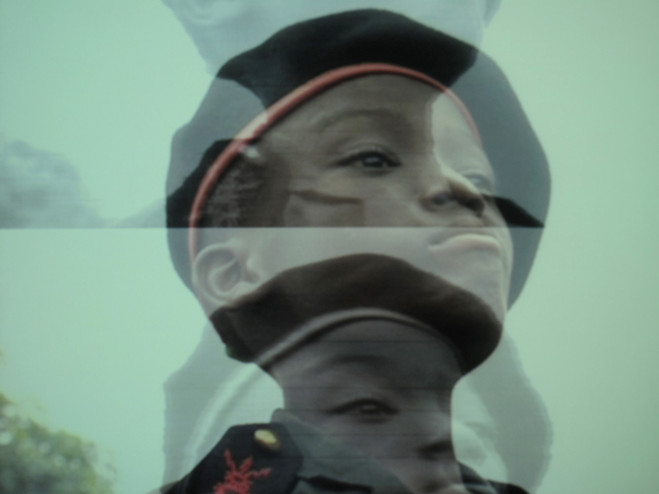 Vita Nova is the original title of a novel by Roland Barthes that only exists in the form of preparatory notes. The book was never realised. Vincent Meessen repeats the title of this "future work" and through lack of substance he adopts the dividing line between criticism and narrative. Vita Nova questions the realism – by pretending to be a documentary essay – as a story-discourse, where the mythology never ceases to torment the documentary’s will towards truthfulness. A cover of Paris Match from 1955, known from Barthes' Mythologies publication (1957), shows a cadet who salutes the French flag. In Vita Nova this notorious icon of postcolonial criticism becomes an archive loaded with hidden meaning.

More information on the website of Kino Rex Bern