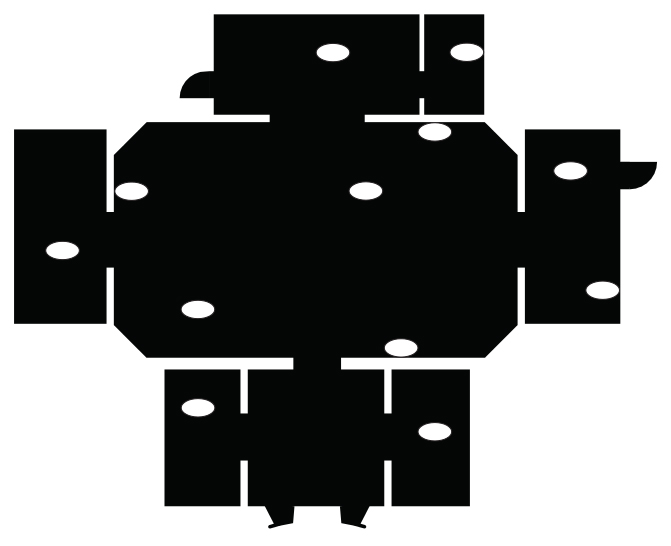 The Belgian Pavilion at the 56th Venice Biennale will present the work of Vincent Meessen (Baltimore, 1971, lives in Brussels), together with international guest artists. His project Personne et les autres breaks with the tradition of Belgium’s representation in Venice to date, which has mostly featured solo or duo exhibitions of Belgian artists. The artist’s project, selected to represent Belgium at the Biennale, challenges the notion of national representation by moving away from the traditional format of a solo show and opening up to include multiple positions and voices.

Working in close collaboration, Meessen and Brussels-based curator Katerina Gregos have developed an international, thematic, discursive, contemplative group exhibition of a poetic as well as political nature, which is grounded in research-based practices. The exhibition welcomes ten other artists from four continents and – for the first time in the Pavilion – artists from Africa, all of whose work has probed the question of colonial modernity, and most of whom are producing new work for the exhibition.

The title of the exhibition, Personne et les autres, is borrowed from a lost play by André Frankin, a Belgian art critic affiliated with the Lettrist and Situationist Internationals. The exhibition takes the history of the Belgian Pavilion and the international context of the Biennale (both derived from the colonial exhibitions and world expositions) as its points of departure to explore the consequences of political, historical, cultural and artistic entanglements between Europe and Africa during the time of colonial modernity, and in its aftermath. The Belgian Pavilion itself was the first foreign Pavilion to be built in the Giardini in Venice, during the reign of King Leopold II. Meessen’s own work and artistic research have consistently explored and questioned the history and afterlife of colonial modernity.

The exhibition probes unknown or overlooked micro-histories, brings into view alternative or ‘contaminated’ versions of modernity that emerged as a result of colonial entanglements, and recounts stories that unfolded outside of and in reaction to accepted colonial hierarchies. The project aims to provide insight into the diverse forms – whether artistic, cultural, or intellectual - that were produced by colonial encounters.

Central to the exhibition concept is a new audio-visual work by Vincent Meessen, One. Two. Three, which revisits the role of largely unknown Congolese intellectuals within the Situationist International. Meessen discovered a totally unexpected and unpublished document: the lyrics of a protest song, signed by a former Situationist, Joseph Mbelolo ya Mpiku. Written in Kikongo in May 1968, the discovery reveals a totally unknown episode of the group’s history. Meessen worked with the author of this song to re-interpret the text in the form of a musical work: a rumba, recorded in Kinshasa in the nightclub Un Deux Trois, established in 1974 by the legendary Congolese musician Franco Luambo (1938 –1989), bandleader of the famous orchestra OK Jazz.

It is important to point out that Personne et les autres, however, does not merely focus on the colonial history of Congo and Belgium as such, but on a critique and analysis of colonial modernity at large, challenging its official histories or narratives, addressing its blind spots, and re-inscribing what has been absent, erased or marginalised in the present. Exploring both adverse and positive cultural outcomes of colonial history, the exhibition reveals the fruitful, polyphonic, and heterogeneous artistic and intellectual dialogues under colonization, during liberation struggles, and especially in the aftermath of independence. At the same time, it reflects on the meaning of groundbreaking, emancipatory, oppositional practices (cultural or otherwise) related to that epoch, in light of the present global situation of unrest and crisis, with a view to allude to possible potentialities for the future.

Personne et les autres calls into question the Eurocentric idea of modernity by examining a shared avant-garde heritage, marked by artistic and intellectual cross-pollination between Europe and Africa. The exhibition traces, through the work of the artists, a timeline of references that connects the critique of colonial modernity with Dada, CoBrA and the Situationist International (1957-1972), the last of the international avant-garde revolutionary movements, whose final conference took place in Venice in 1969, as well as with the emancipation of black people, Pan-Africanism, African independence movements, and ‘Global 68’ (the lesser known off-shoot of May 1968 in the Global South.

The other participating artists are:

Mathieu K. Abonnenc (1977, French Guiana; lives and works in Metz)
Engaged in film history and the decolonisation of African states in the 1960s, Mathieu K. Abonnenc investigates the history of colonial development, the causes of collective amnesia, and its effects on cultural identity and global contexts. His new work for the Pavilion will re-visit the figure of Victor Schœlcher (FR, 1804- 1893), who propelled the abolition of slavery in France's overseas territories.

Sammy Baloji(1978, Democratic Republic of Congo; lives and works in Lubumbashi and Brussels)
Sammy Baloji probes methods of segregation during colonisation in the Congo through the exploration of urbanisation and industrialisation, by combining a recent photographic work Essay on Urban Planning (2013) with a new work produced for the Pavilion, that will connect the surveillance activities of the Belgian secret services in Congo to indigenous secret societies and the copper trade.

James Beckett (1977, Zimbabwe; lives and works in Amsterdam). By tasking an industrial sorting machine that uses examples of Modernist architecture from across the African continent as source material, Beckett creates an automated archive which produces scenarios for ‘clandestine’ building across Africa, and indirectly comments on the industrialization and automation, which has fuelled the exploitation of natural resources of former colonies.

Elisabetta Benassi(1966, Italy; lives and works in Rome)
Elisabetta Benassi pays tribute to Paul Panda Farnana aka as M’Fumu (1888-1930), one of the Congo’s forgotten idealists. Panda was the first Congolese to receive a higher education in Belgium, was an advocate of Congolese rights, and became involved in the organisation of the 2nd Pan-African Congress in Brussels in 1921. In the Pavilion, Benassi will construct an imaginary, ‘ghost stop' (the M’Fumu stop) for Brussels’ 44 tram route.

Patrick Bernier & Olive Martin (1971, France; 1972, Belgium; live and work in Nantes)
The artists will present L'Echiqueté (2012) a variant of the game of chess, whereby during play the pawns do not leave the game, but instead morph from black or white into black and white. This complex work is an inventive and sophisticated comment on the hybridity and cross-mixing engendered by colonial relations and encounters, and will be accompanied by a tapestry and two photographs.

Tamar Guimarães and Kasper Akhøj (1967, Brazil; 1976, Denmark; live and work in Copenhagen)
By revisiting the legacy of the first African modernist painter Ernest Mancoba (1904-2002), the only African member of CoBrA and one of the continent’s first modern artists, Tamar Guimarães and Kaspar Akhøj will create an installation comprised of ceramic sculptures and four slide projections. Each projection represents a specific ‘character’ which narrates a story that brings to life a series of shifting views on primitivism in the twentieth century.

Maryam Jafri(1972, Pakistan; lives and works in Copenhagen and New York)
Maryam Jafri’s work questions issues of visual heritage, ownership and preservation in images of national importance. By juxtaposing photos at the time of African Independence from national archives and private photographic archives, such as Getty or Corbis, she highlights the discrepancies and divergences between them, tapping into current concerns about copyright, digitalization, and ownership of history.

Adam Pendleton(1984, USA; lives and works in New York)
Adam Pendleton’s work centres on an engagement with language in both the figurative and literal senses, and the re-contextualization of history through appropriated imagery, often drawn from the time of African liberation in the 1960s, and the Civil Rights movement in the USA. Pendleton will present a new installation that comprises a series of recent and new paintings, and silk screens from a series entitled Black Dada, a term inspired by the 1964 poem Black Dada Nihilismus by Leroi Jones.

A production by Normal asbl