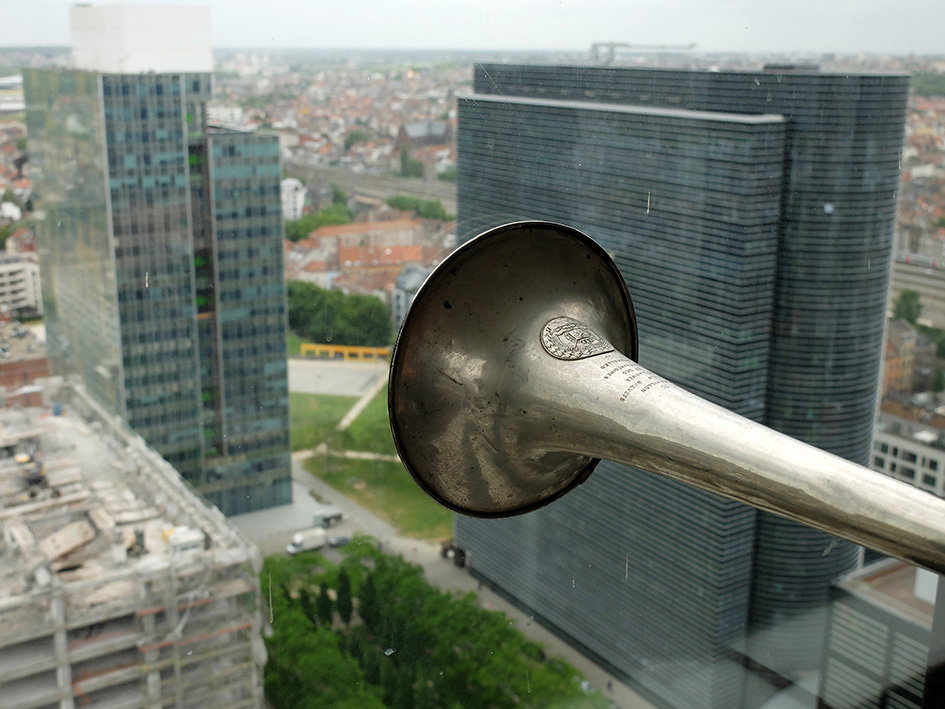 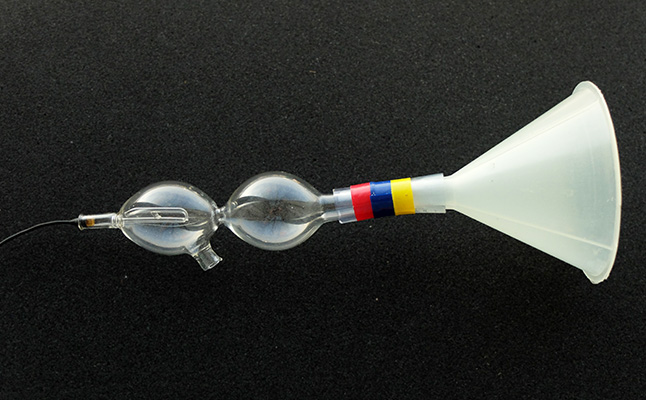 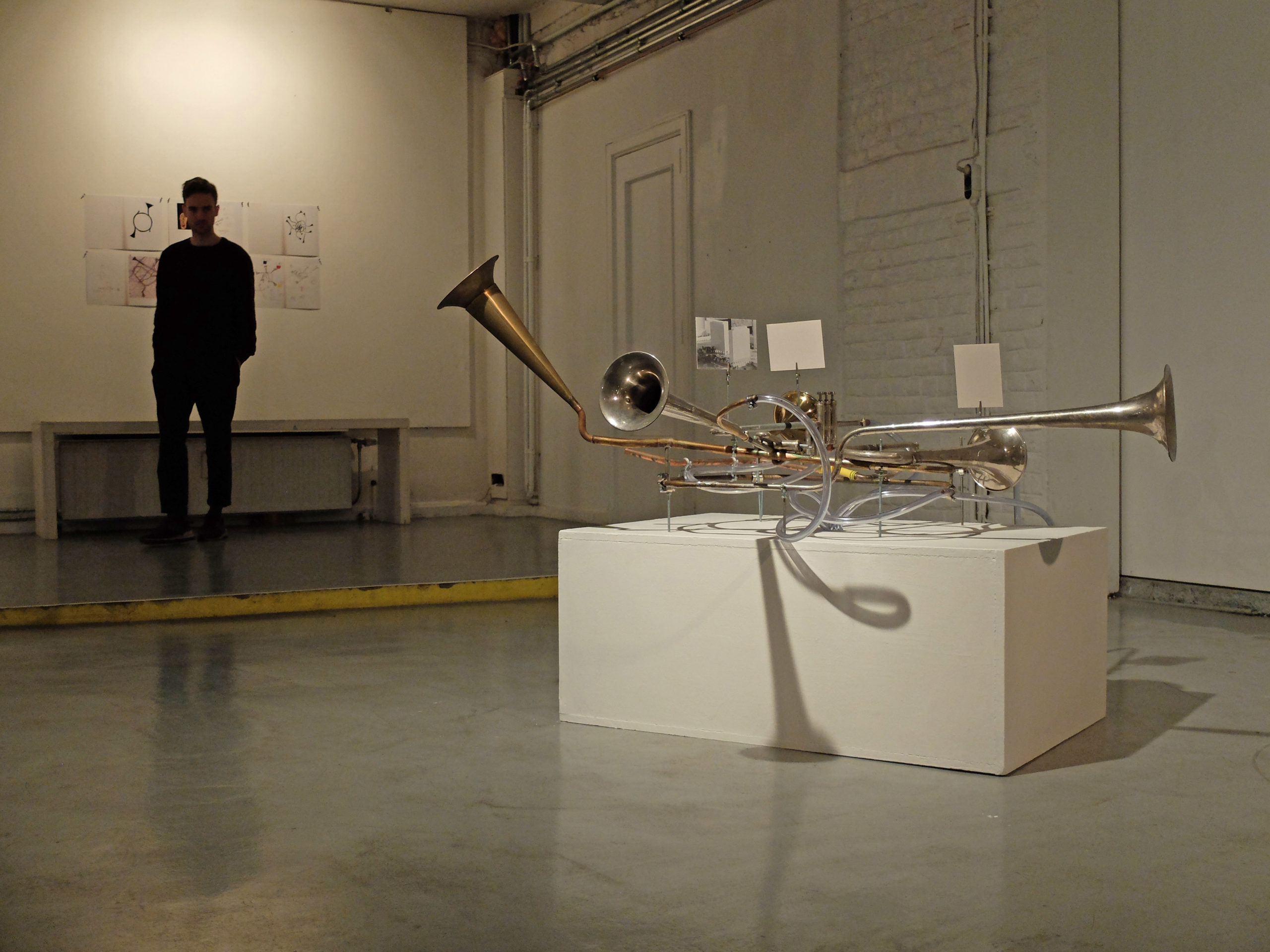 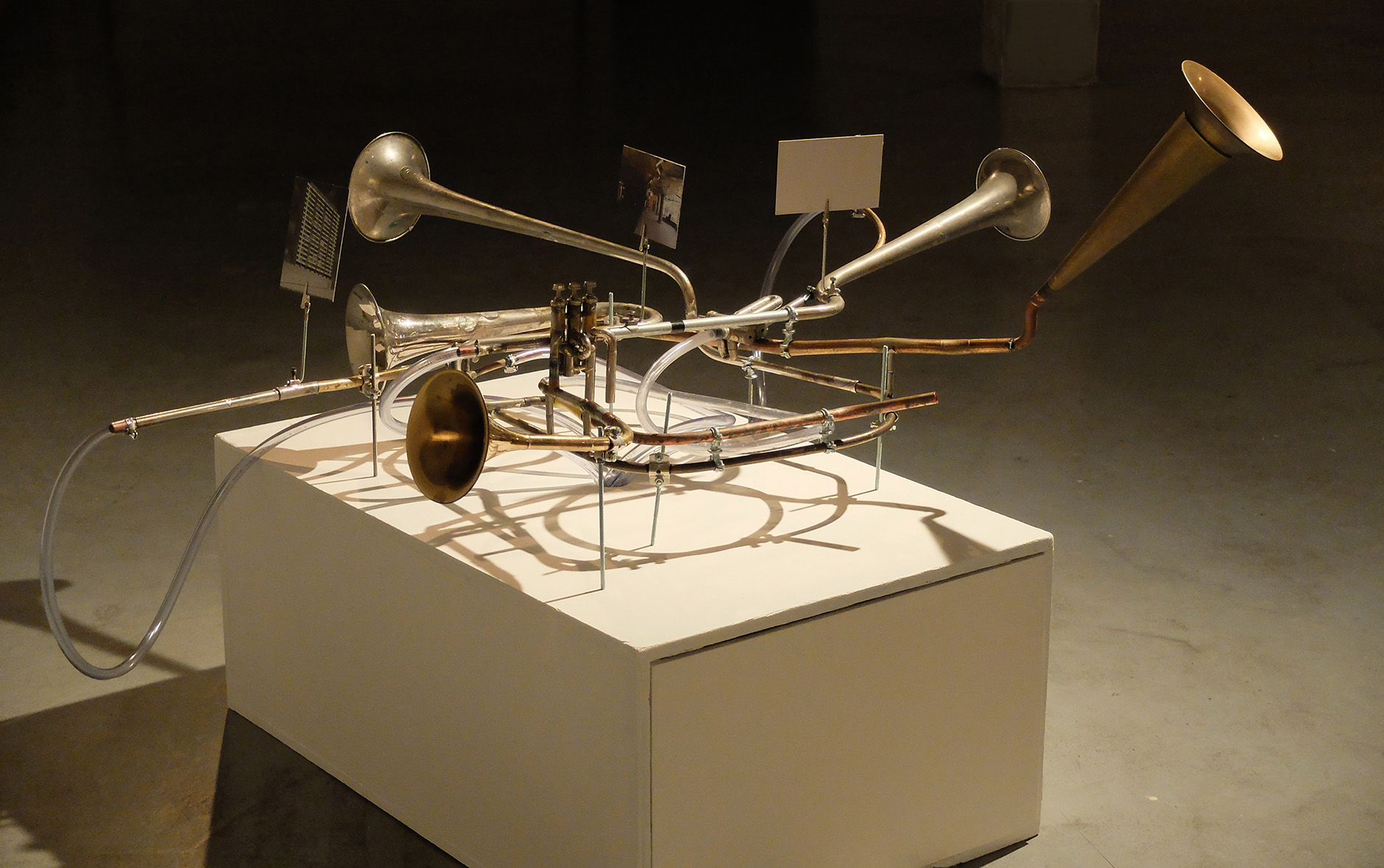 A research project by Justin Bennett

The city of Brussels fascinated Bennett – because of the stratification of its history, the multicultural aspects, the labyrinthine urban structure with large underground tunnel networks and 19th century passages, as well as Brussels' ambiguity as capital, as a collection of villages with different ethnic characters, as a melting pot of languages, as the bureaucratic centre of Europe.

The research of Multiplicity used three parallel approaches. Firstly, Bennett created devices for active listening: a microphone inside a trumpet or a wooden stethoscope, for example. These devices allow for the acoustic manipulation of sounds in a combination of listening, improvisation and field recording. Secondly, walks through the city - solo or with friends or strangers - are recorded and narrative paths are traced out. Finally, the visual and spatial forms of the city are explored in a series of drawings and sculptures.

The results from these three approaches intertwine and feedback within each other, hence producing a series of pieces in different media which can be shown together or individually.
Horn of Brussels is a sculpture made of old brass instruments which plays an ever-changing five-channel composition of musical sounds and field recordings, while the form of the instrument is based on the metro network of Brussels. Click here to listen to a fragment. Next to this Bennett also developed a collection of 'filters' - small sculptural objects which act as devices for active listening, a collection of recordings made through these filters, a text with sonogram images analyzing the role of sirens in the soundscape of the city, and a collection of drawings and photographs which provide context for the above works.