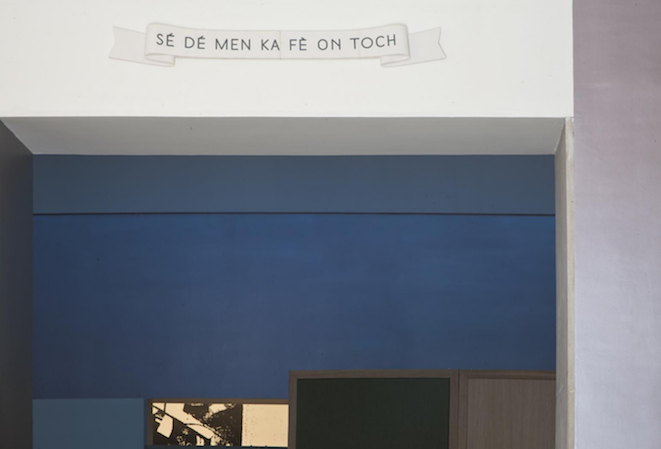 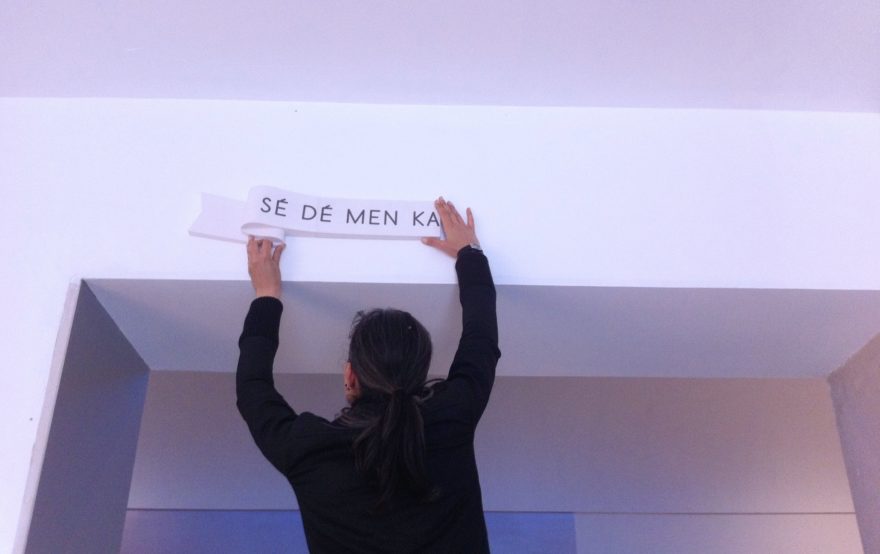 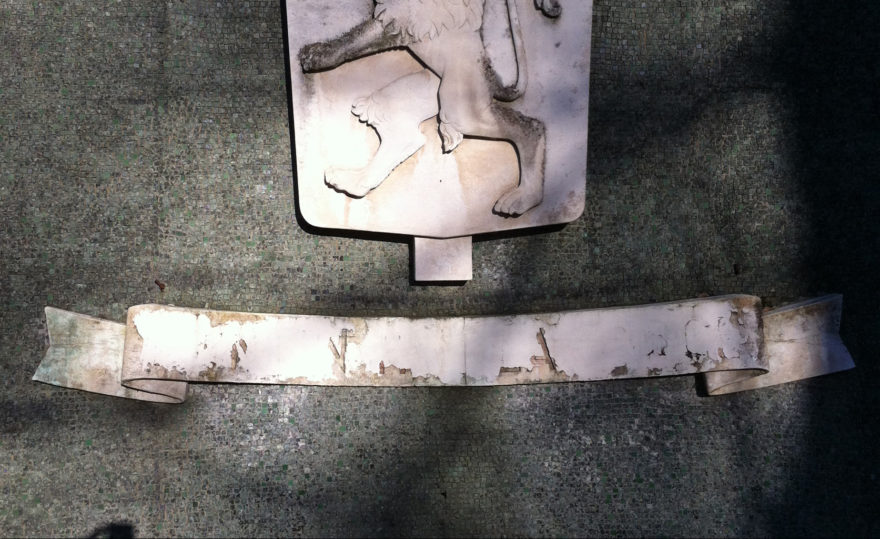 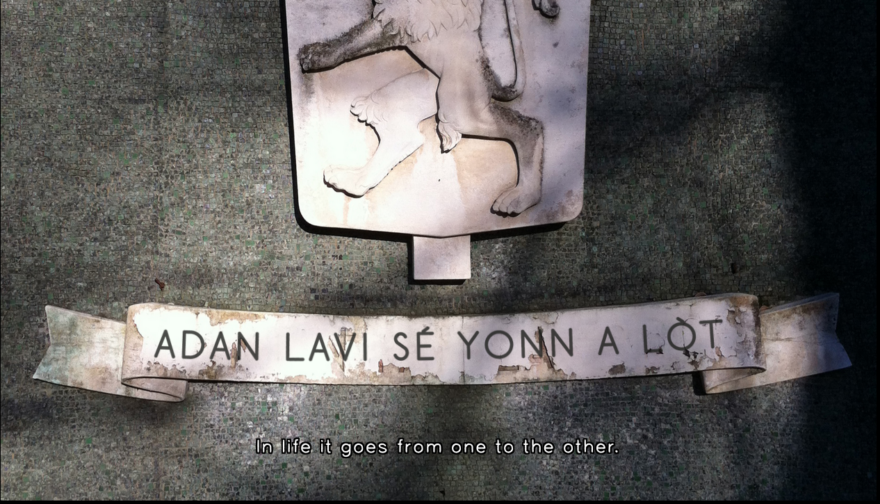 Pursuing a research initiated for the occupation of the Belgian Pavilion at the 56th Venice Biennial, Vincent Meessen’s work on Oral Site examines the origin and transnational destiny of the official Belgian motto "Eendracht maakt macht/L'union fait la force". Upon discovering that its monolingual French version, "L'union fait la force" (unity is strength), had been erased for political reasons from the frontispiece of the Venice Pavilion, Meessen became interested into revealing its multiple, hybrid and popular variations.

At first a proverb excerpted from an Aesop's fable, it has been adopted much later by several countries. Before becoming the Belgian motto during the 1830 revolution, it appears in Haïti, the first black independent republic to free itself from Europe’s colonial shackles (1804), where it can be seen on the national flag as a caption to the country's official Coat of Arms. But in the popular ways of speaking, the French version that lies on the flag became creolised. Meessen listed about seventeen different versions that co-exist nowadays in the Antilles and in the Overseas territory where Creoles are languages in their own right and where the Creole politics are "a permanent exercise in hijacking the transcendence that is implied in it: the French source." (Edouard Glissant).

They are not literal translations but often original sayings and proverbs that come from the cultures of origin, Congo, Benin… or, sometimes, are more recent free interpretations. Each of these Creole versions has been turned first into a sculpture, realised with a 3-D printer and reproducing the bas-relief banner of the Belgian Pavilion. The motto in French thus leaves place to seventeen Creole mottos in this series titled Sire, je suis de l'ôtre pays.

At the invitation of Oral Site, Meessen proposes a prolongation to this work: the presentation of fourteen versions, their reading by Sergine André, a Haïtian speaker based in Brussels, and their translation in English, French and Dutch.

These Creole variations invite to a poetic meditation on the emergence of forms that are at once plural, minors and resolutely opaque, even to the French speaker. The title Diglossia points to a term that replaces that of the bilingualism and that, in socio-linguistic, politicises back power relations between two languages put into contact on a common territory.

The sentences of the motto are composed in Belgika, an open source typography developed with the typographer Pierre Huyghebaert. Distributed for free, this numeric font is conceived to stay always alterable by its users. At the exact opposite of all fonts whose aim is to produce a stable and normalised standard, the Belgika is a typography of the diverse: open, multiple, forever nomadic and ungovernable.

Visit the online presentation of this work at Oral Site