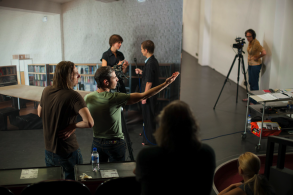 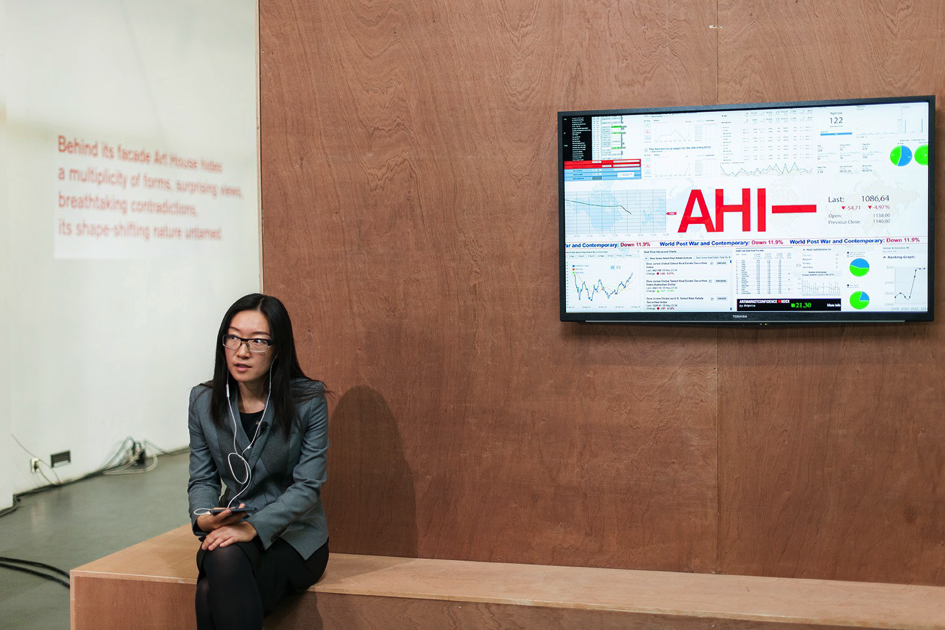 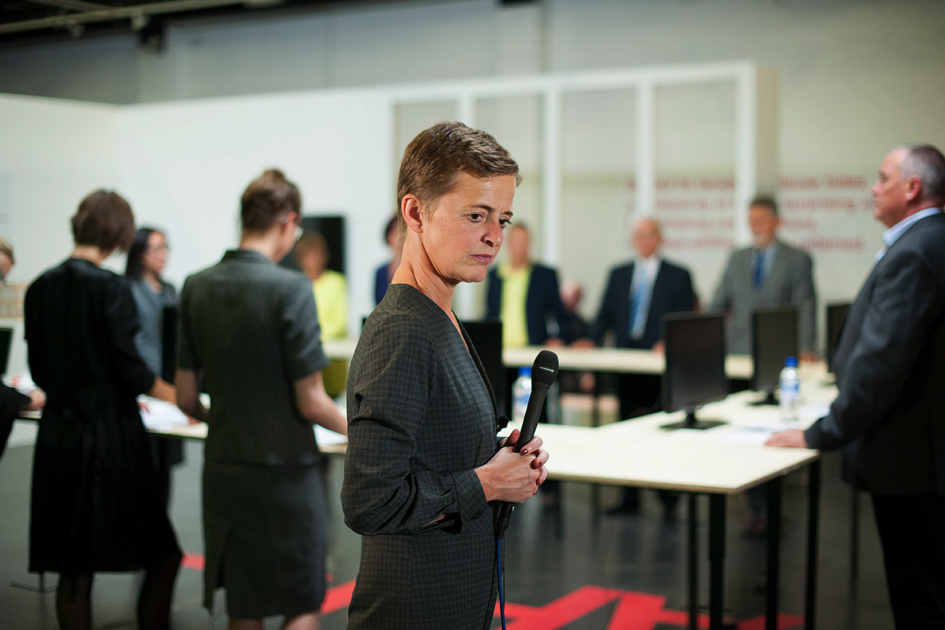 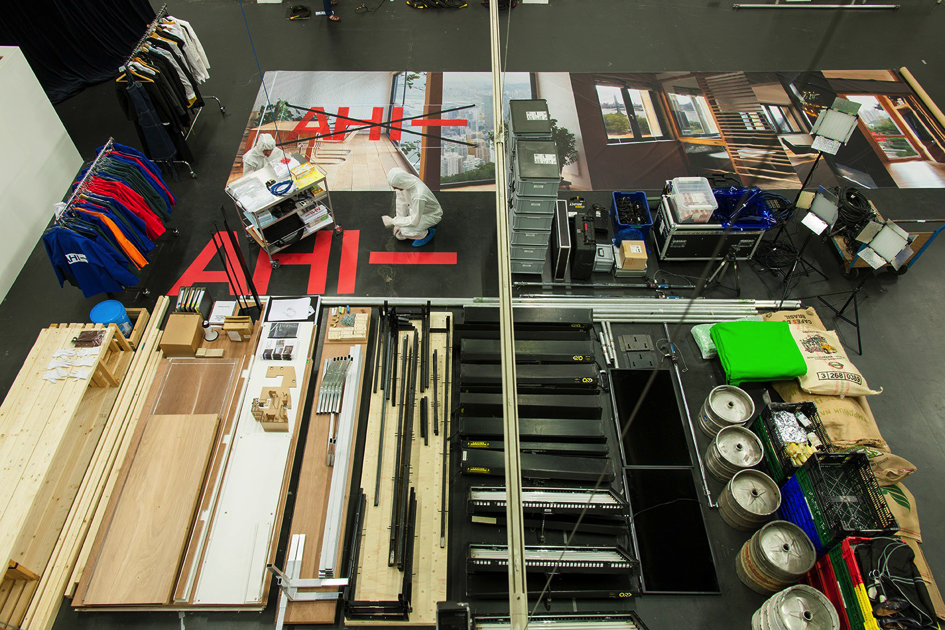 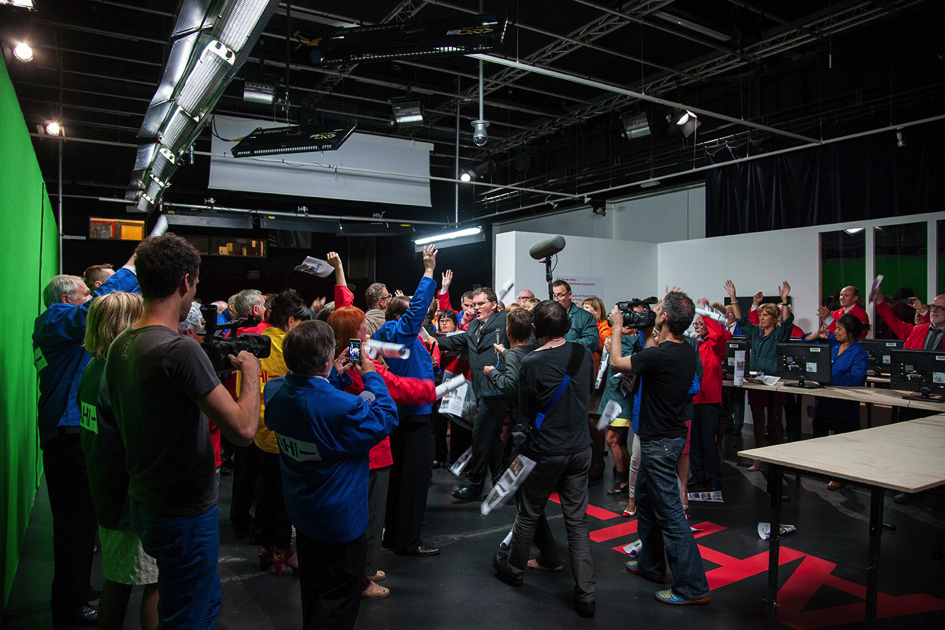 In 2006 Vermeir & Heiremans initiated A.I.R (an acronym for ‘artist in residence’), a long-term project that focuses on the dynamics between art, architecture/real estate and economy. In this collaborative practice the artists define their home – a loft apartment in a post-industrial building in Brussels – as an artwork.

Rendering architecture as a space of constructs for the projection of consumer desires, A.I.R encapsulates different outputs for which Vermeir & Heiremans use their home as source material. The artists produce representations of their domestic space through what they term ‘mediated extensions’, such as installations and videos but also performances, interviews and publications.

Audiences cannot experience the 'house as artwork' physically but only through translations of the artists' home into these so-called extensions. Continuing their long-term endeavor, Vermeir & Heiremans introduced a new A.I.R extension: Art House Index, a trilogy in which they address the symbiotic relation between art and finance, while researching the possible creation of a new financial instrument that involves their home.

Using codes of fiction and reality, Art House Index employs financial tools, historical references, technology, and an experimental cinematic language which reflect on social codes as well as on the production of value in today’s artistic and non-artistic realms.

Art House Index has already been presented as a performance (2013) and as a spatial installation (2014). This time Vermeir & Heiremans present the material as a film that conceptualises contemporary art as a microcosmos emblematic of global capitalism, entitled Masquerade (2015). In addition, Vermeir & Heiremans plan a discursive workshop and publish In-Residence Magazine #02, a new edition of their (fake) lifestyle publication, both dedicated to this trilogy.

All versions are autonomous pieces, which together form a trilogy on Art House Index.

The ephemeral worlds of ‘high finance’ and the ‘global art markets’, offer a unique context in which the narrative of Masquerade is set. Art, like finance, is a system of belief and their markets are where this belief is put to work. Without belief in the myths that encircle art (and finance) and without trust in the integrity of the system, art (and finance) may become meaningless.

Masquerade is set in a fragmented environment that gradually evolves from a gallery white cube to an auction house/ trading pit, and a courtroom. Flatscreens on the walls offer exclusive interiors with views on unique global skylines. Vitrines are branded with a logo referring to a so-called Art House Index, the new financial instrument that merges art and real estate.

A reporter is telling the story of the protested ‘initial public offering’ of Art House Index. While she is addressing the camera, what appears to be a reconstruction of the IPO is taking place in the background. And then it all starts going wrong again!

The happy-people atmosphere of this social event starts to crumble as a discourse on controlled pricing shifts the narrative to a context of conspiracy and manipulation, in which different protagonists give testimony on particular claims that are being made, or is it accusations they are expressing?

Is the audience witnessing insider-sales in an auction house, or is it a hearing in a courtroom that they are attending, one that tries to unveil the intricate dynamics of a fraud? The whole situation gradually transforms into a multilingual landscape of opinions.

and about a hundred Extras recruited by 'In the Picture'

Supported by Flemish Audiovisual Fund (Filmlab) and The Flemish Community