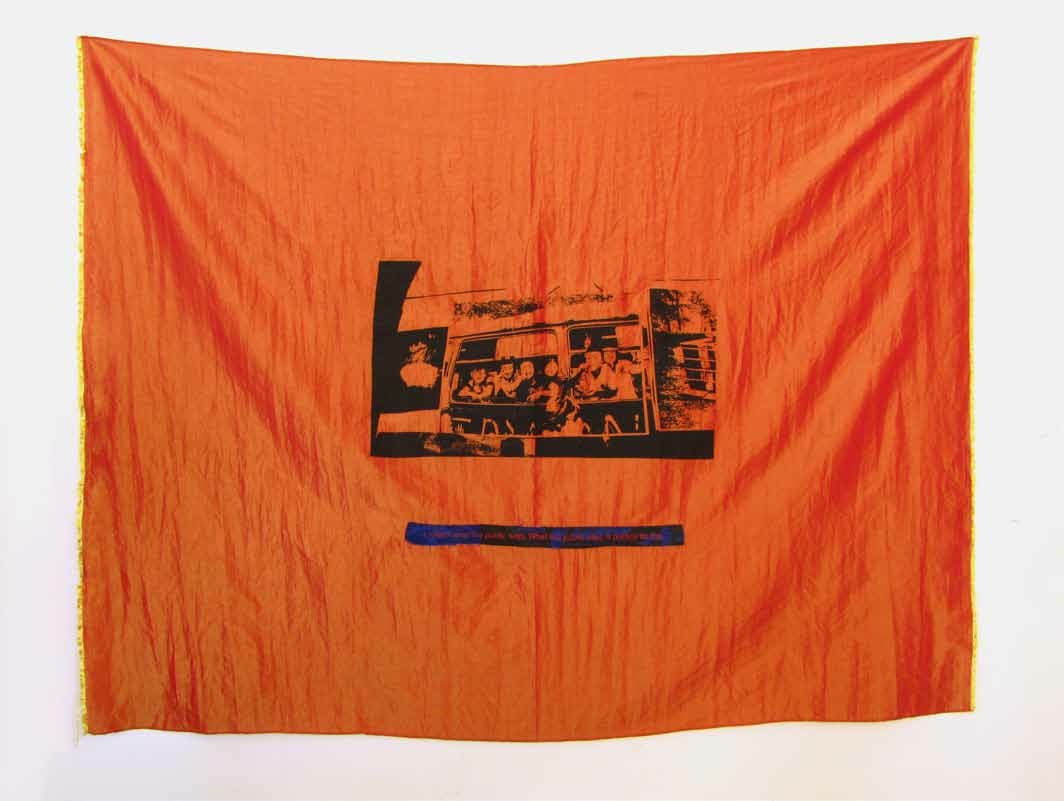 Eleni Kamma, Pin it down to its source, silkscreen print and stitched silkscreened sentence on fabric, 107 x 145 cm, edition of 3 and 1 AP, 2013 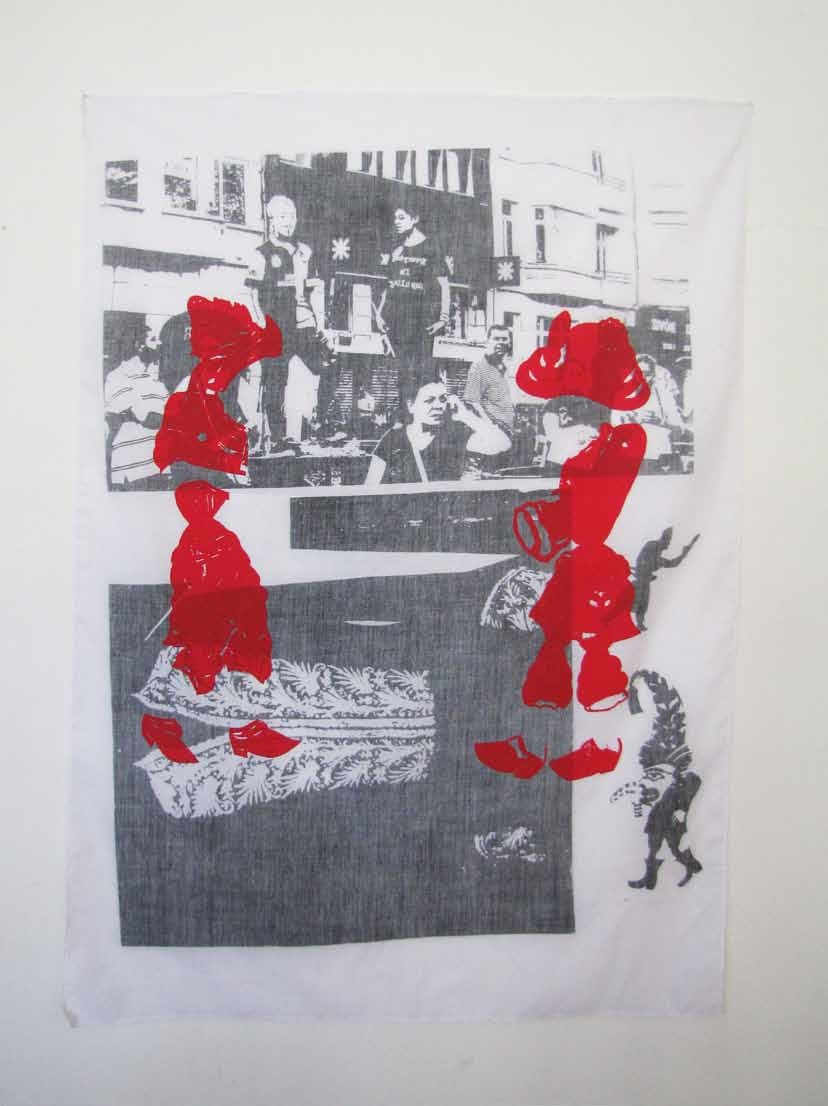 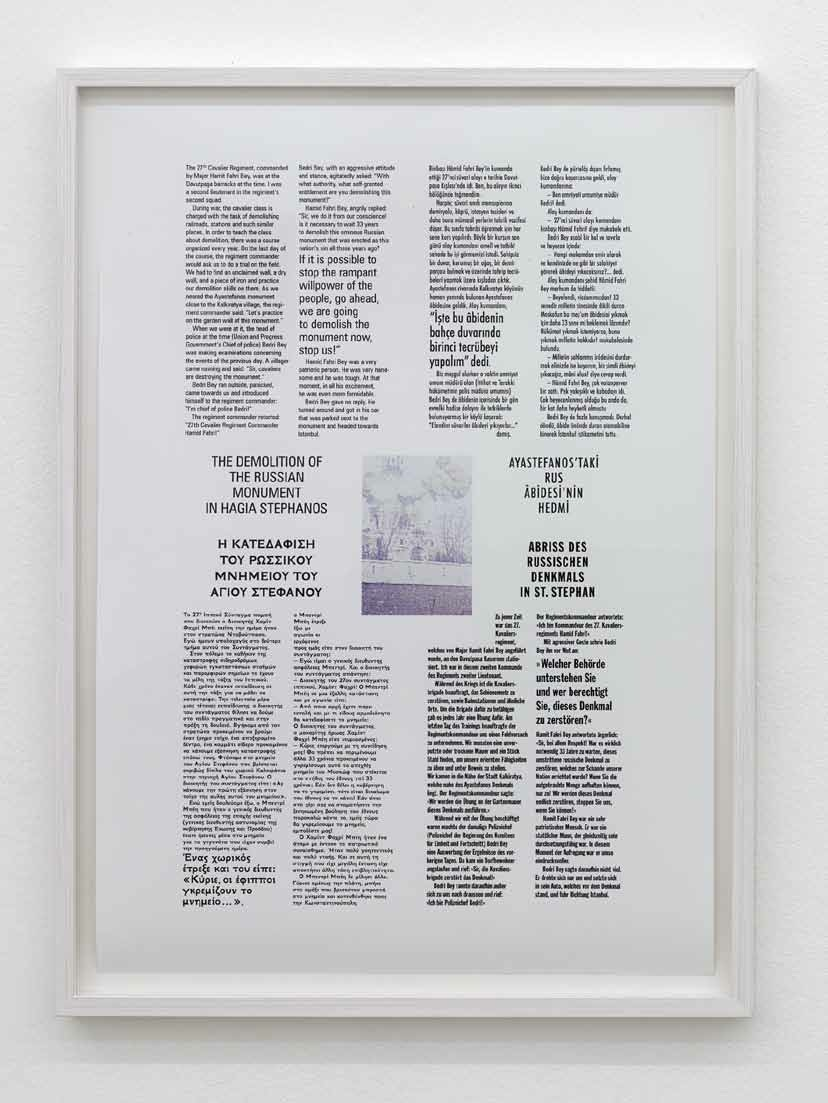 Oh, for some Amusement!

A project by Eleni Kamma

Oh, for some amusement! takes the form of a multi-media installation that unfolds in space and time, operating as an experimental platform where major and minor 'national' narratives —within the context of contemporary states-nations of the previous Ottoman Empire— come together and cross over through cinematic, theatrical and reading formats.

By looking back at the moment of transition from the domination of the voice of one-speaking-for-many in non-presentational, eastern participatory forms of spectacle (Karagoz & Ortaoyunu) to the domination of the image in representational, mass-media spectacle (first silent movies and first national cinemas - Turkish, Greek, Egyptian, etc), the work examines how conditions of spectatorship affect questions of citizenship and social bonding today.

Part of this installation is the two-channel video work Play it, Emin: Walking along the Russian Monument at Ayastefanos.

Eleni Kamma has been invited by Netwerk in Aalst (BE) to develop Oh, for some Entertainment! into an individual exhibition from 19/04 — 13/06/2015. Read more.

The project is also a participating project at the Sound-Image-Culture (SIC) workstation, Brussels.

Eleni Kamma, Pin it down to its source, silkscreen print and stitched silkscreened sentence on fabric, 107 x 145 cm, edition of 3 and 1 AP, 2013