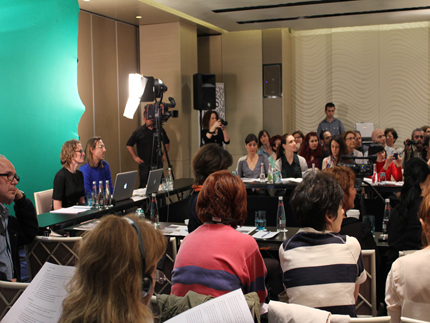 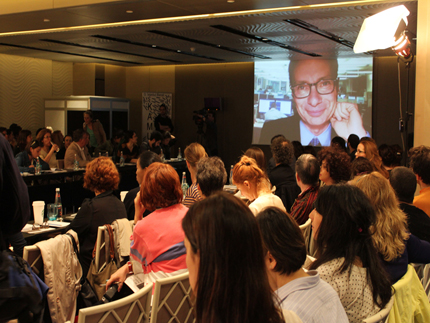 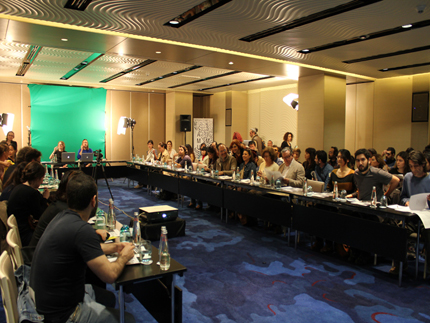 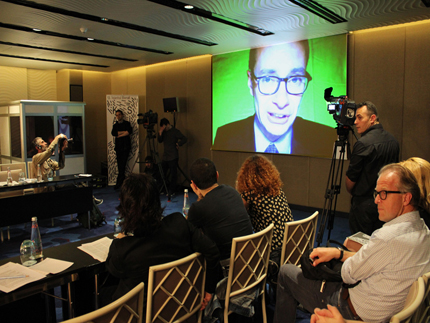 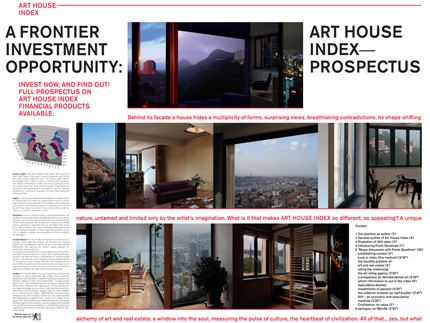 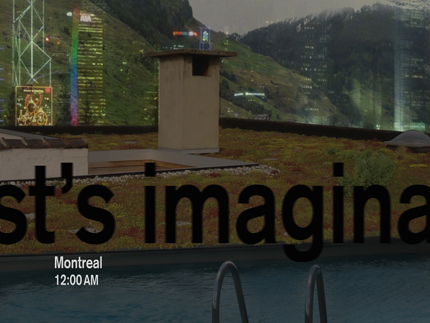 A lecture-performance by Vermeir & Heiremans

In a new performance that was commissioned for the public program of the 13th Istanbul Biennial, Vermeir & Heiremans continue their long-term research on the symbiosis of art, architecture, economy and law. Starting from their own loft-apartment in Brussels, which the artists consider as an artwork in its own right, Vermeir & Heiremans set out to make the art house a liquid financial product. In order to achieve this, the artists started conversations with people from the world of finance. While speaking to investment bankers about contemporary financial products and their intrinsic fictional nature, both artists were struck by the creativity, albeit with an alchemical side to it, of their line of business. It almost felt like speaking to conceptual artists, but for the fact that these people were operating in the “real world”.

Art House Index addresses the porous relation between art and finance, while researching the possible creation of a new financial instrument. The worlds of contemporary art and of high finance show an uncanny number of parallels. One only needs to think of the fictional attribution of value, relying to a large extent on the confidence and belief of their participants...

Using codes of fiction and reality, Art House Index presents a networked toolkit that merges art and real estate into a single lucrative financial instrument. Its value lies in the way it transforms an opaque immobile product that is difficult to trade, like a house or art, into a transparent, virtual investment vehicle that is very accessible for a great number of investors. Art House Index aims to critically assert art itself as a producer of value. In their lecture-performance Vermeir & Heiremans generate the artistic and economic context that is necessary to design Art House Index as a speculative construct within and beyond the art market.

The conference room was installed in a corporate media set up. A green-key screen was installed behind the artists. A camera and sound crew was present to record the presentation. The audience was integrated in the set, with a prospectus on the financial product laid out on the tables in front of them. Art House Index was visualised in a short publicity clip showing the virtual art house masquerading as individual properties around the globe.

The performance itself was a screened putative Skype conversation between the artists at one end of the room, and Frank Goodman, a financial analyst, on a projection screen at the other end of the room. Together they discussed the best way to make the 'house as art work' liquid. In the second half of the performance, after the Skype connection was lost, the analyst returns on Skype, but this time, instead of live images of a busy office behind him, there's a green key as a backdrop. At that moment the audience present in the conference room realizes that the whole 'live' discussion was staged. The performance formally questioned their confidence in the presentation on the intricate mechanisms and motives for developing a financial tool, a device for which confidence and trust are crucial conditions. Adding to the Brechtian alienation of the presentation was the fact that, that night, the performance itself was interrupted five times by activists who were protesting the corporate sponsorship of the Istanbul Biennial and its (in)direct role in gentrification issues in the city of Istanbul. Their protests were not only directed towards the biennial as a gentrifying agent, but also to the sponsorship deal of the Istanbul Foundation for Culture and Arts (IKSV) - the foundation organizing the Istanbul Biennial - with Koç Holding, Turkey’s largest industrial conglomerate involved in banking, oil, gas, and defense.

Reflecting on what happened in Istanbul while rewriting the performance as a film script, Vermeir & Heiremans decided to integrate both the protests and themselves as artists explicitly in their film MASQUERADE (2015).

For a preview of the short publicity clip, click here

For more information on the performance and the protests in Istanbul, click here

Credits
Art House Index a lecture/performance by Vermeir & Heiremans in close collaboration with multiple financial advisers identified as Frank Goodman, a character inspired by the eponymous character in Melville’s novel “The Confidence Man – His Masquerade” (1857).

Art House Index took place at a conference room at Marmara Hotel Taksim, Taksim Square, Istanbul and was commissioned by the 13th Istanbul Biennial as part of Public Alchemy, the public programme co-curated by Fulya Erdemci and Andrea Phillips.

A Limited Editions Production supported by the Flemish Community.