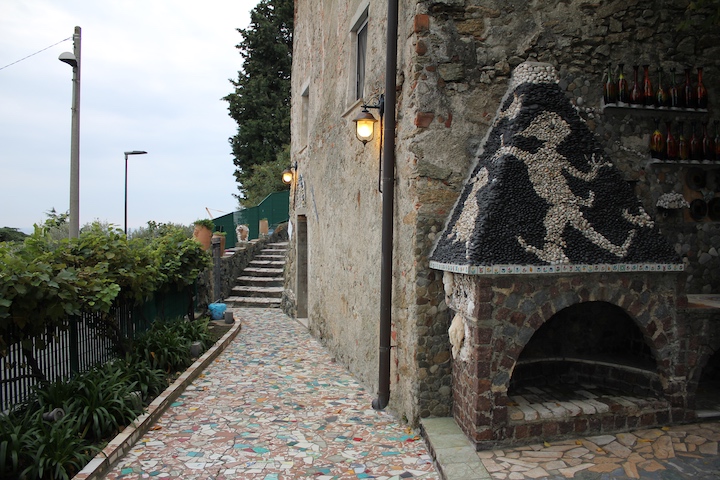 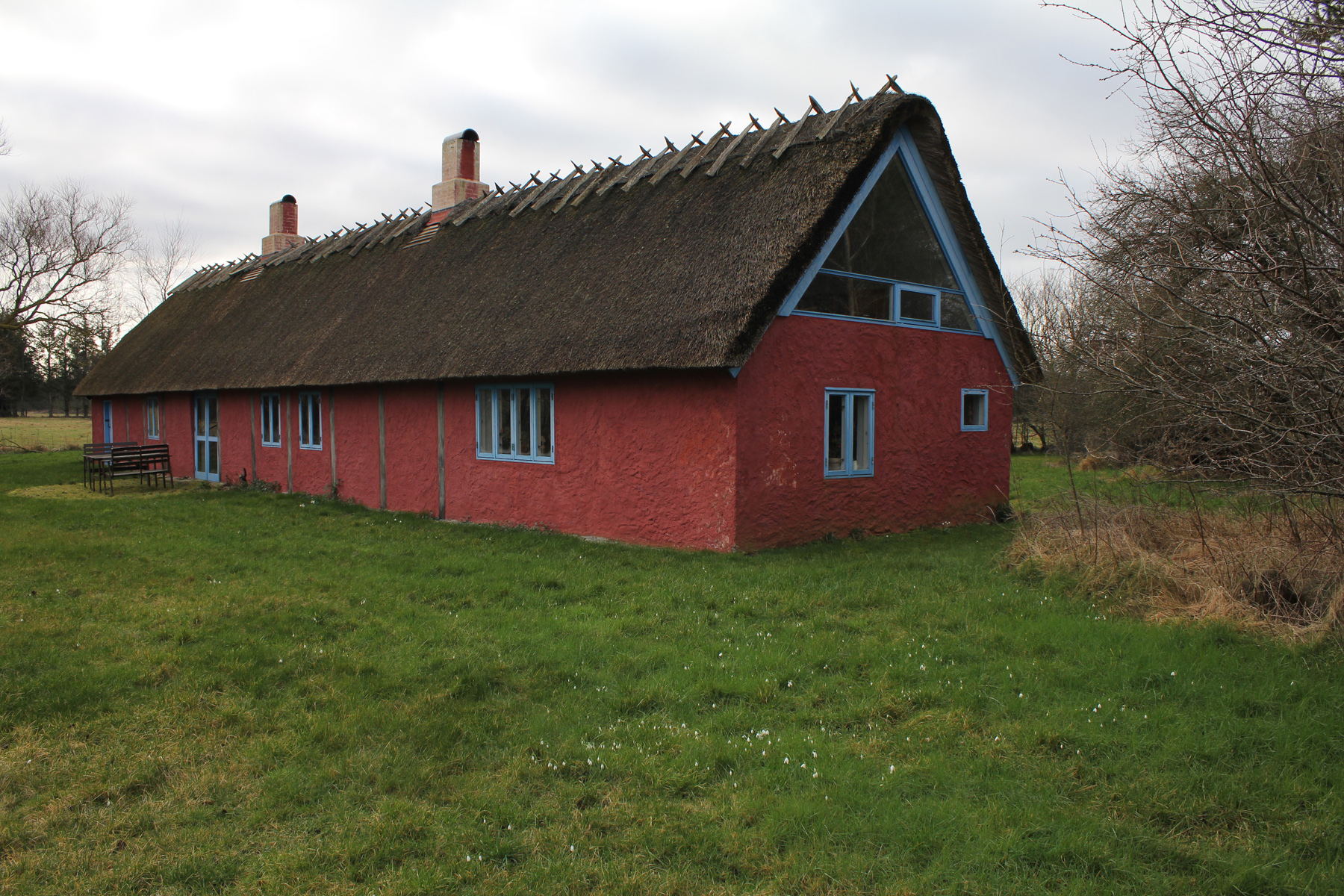 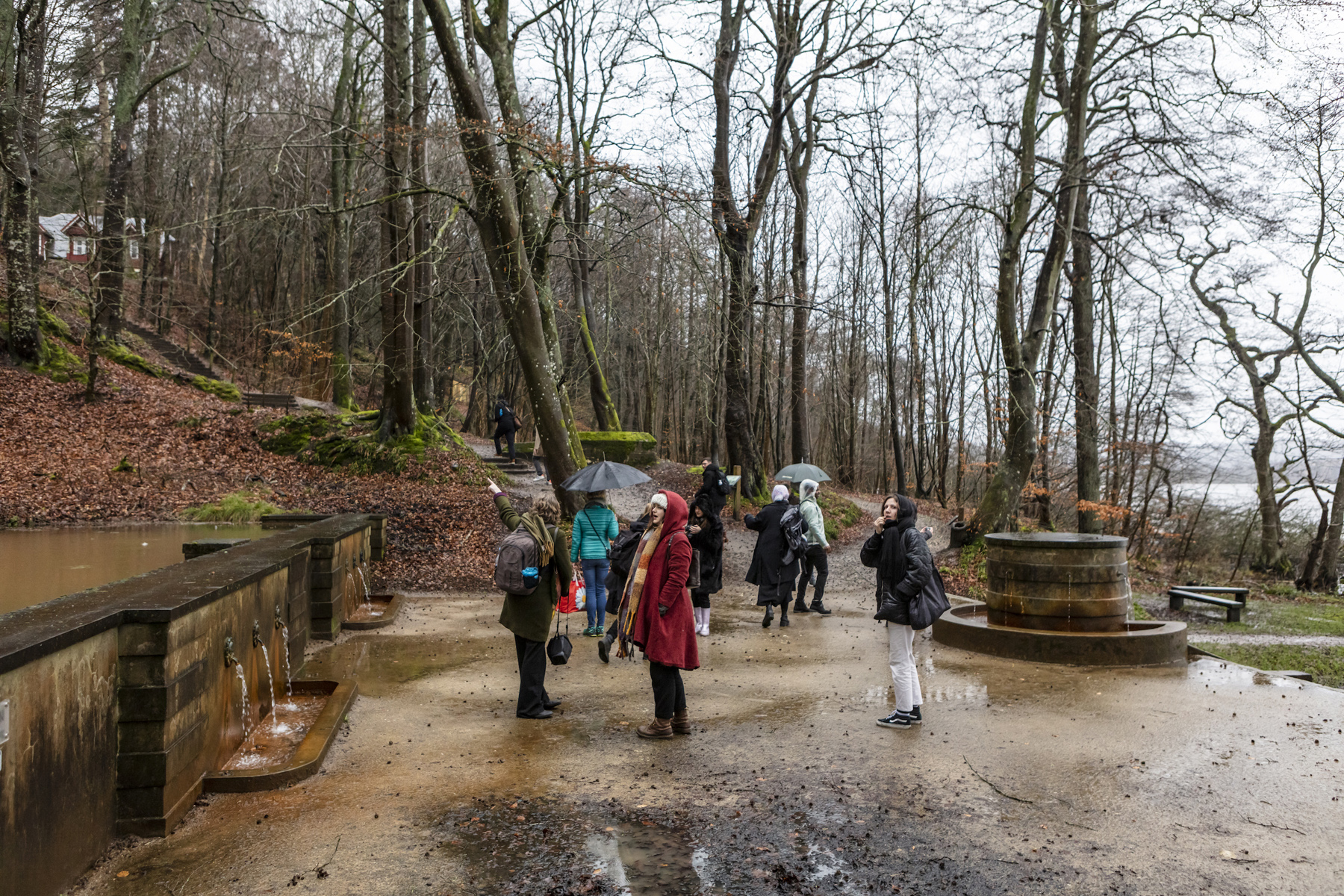 Public walk in the woods around the Arnakkekilden source, Silkeborg Bad. Vermeir & Heiremans and Luke Mason, 7 WALKS (from Albisola to Silkeborg and Læsø), 2020. Photo: Niels Fabæk

7 Walks (from Albisola to Silkeborg & Læsø)

As a cross-disciplinary project, 7 Walks questions how re-imagining legal concepts can contest the absoluteness of property ownership. 7 Walks connects the ecology of the arts with a natural commons: water. The project focuses on water sources as specific case studies and develops 'walking' as a performative methodology within the context of the 'therapeutic' landscapes of (historic) spa towns. Walking being part of the cure next to drinking water, 7 Walks treads in the footsteps of historical walkers. These past visitors to spa towns are selected on the basis of their often outspoken ideas on ownership. The project is an invitation to a wide audience, and to experts from different disciplines, to re-enact these historical walks to water sources together.

A public and private walk in the historic spa town of Silkeborg.

7 Walks (from Albisola to Silkeborg and Læsø) is the first public instalment of the 7 Walks project. It is informed by the Danish artist Asger Jorn (1914-73), his ideas about art and property guided the walks in this instalment. Jorn's ideas, as reflected in his text Value and Economy (1962), triggered discussions on the place of art in society – is art an expense for society, or, like water, a necessity of life? The overarching narrative for this instalment of 7 Walks is Jorn's focus on 'the gift'.

Vermeir & Heiremans and Mason are linking Jorn's 'gift economy' to his house in Albisola, a total work of art which he donated to the local community. His house and studio on Læsø is now housing a small art community and his substantial art collection was donated to the historic spa town of Silkeborg.

Silkeborg’s Museum Jorn originated with Jorn's donation of over 5000 paintings to the town's small museum of history and art. It was Jorn’s gift to the town, although he also considered it a provocation, since this vast a collection would need care and a place to be presented. The small museum had supported Jorn when he recovered from tuberculosis in 1953 at the Silkeborg Sanatorium nearby. Health cures in Silkeborg were centered around the famous ferruginous water source Arnakkekilden. Drinking ferruginous water was considered a healing and preventive measure against all sorts of ailments. Since 1968, the water of the Arnakkekilden has been exploited by the local Silkeborg brewery Neptun. Today the multinational Carlsberg holds the exclusive right to bottle and distribute the water.

Walking as a methodology is a way to physically traverse the property structures that are being discussed, which allows the reconsideration of apparently fixed (legal) ideas. Walking was also relevant to Jorn, as a co-founder of the Situationist International. Their practice of walking (dérive) aimed to bring about a revolution in daily life. For the situationists the city was the arena where that revolution could take place, precisely by using urban situations against their very intentions, in particular administrative, aesthetic, bourgeois, capitalist, political or pragmatic. For them, walking the city became a most important tool for change. For 7 Walks, the natural settings of spa towns are the focus of attention as their natural and immaterial resources are more and more under pressure of privatization.

In collaboration with f.eks. Vermeir & Heiremans and Luke Mason organised a public walk in Silkeborg, in the woods surrounding the Arnakkekilden. During these walks key concepts that were taken from Jorn's text Value and Economy – such as equivalence, gift, labor/leisure, value  – were discussed. After the walks concept maps of theses conversations were co-created with the participants.

7 Walks (from Albisola to Silkeborg and Læsø) also invited Signe Meisner Christensen and Scott William Raby for a private walk around the Arnakkekilden source. Signe Meisner Christensen is a researcher and curator who initiated OPEN, a discursive program in Kunsten Museum in Aalborg which sets out to learn more about how process-driven, collective knowledge production can become an integral part of museum practice. Scott William Raby is an artist and co-founder of f.eks., a roaming exhibition platform for contemporary art that seeks to generate critical and speculative dialogues between audiences, artists, and broader publics. The private walk discussed property and exploitation on the basis of a selection of quotes from Value and Economy.

Was Jorn an activist?

A lecture-perfomance in Kunsten Museum of Modern Art, Aalborg activated the museum and introduced 7 Walks to a wider public. The performance took place at several locations in the museum and took Jorn's work as the basis for a walk-through of the museum and of Jorn's practice, focussing on different aspects of Jorn's gift economy. Property relationships, the gift and the position of the artist and art in society were discussed through Jorn's paintings. A selection of archival material focussed on successful and failed gifts in Jorn's universe, including press clippings about what happened to his properties in Albisola and Læsø. Visual material related to the walking experiences of the 7 Walks (from Albisola to Silkeborg and Læsø) instalment in Silkeborg illuminated the methodologies of walking and concept mapping. Luke Mason, who joined the performance on Skype, gave the concluding comments.

Read the introduction to 7 Walks