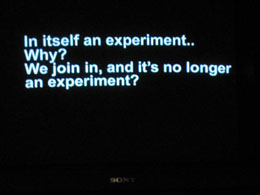 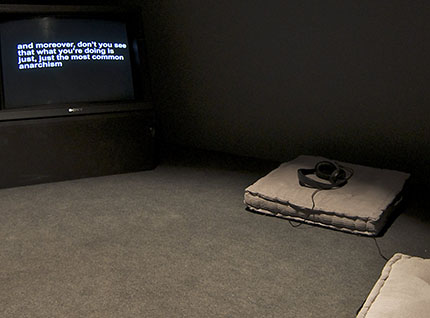 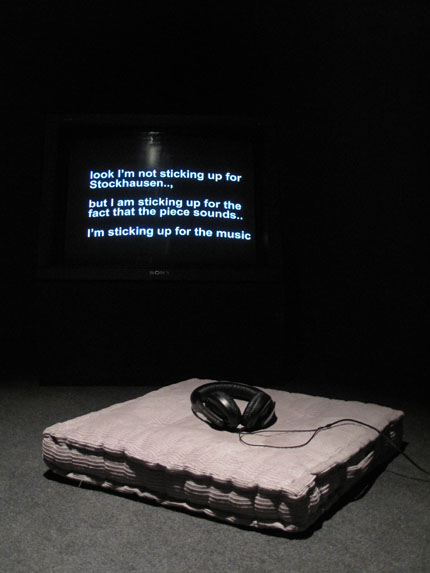 Stimmung is based on an incident that took place during the Holland Festival in 1969 at the Concertgebouw in Amsterdam. During the performance of the musical piece Stimmung by Karlheinz Stockhausen by four singers seated cross-legged in a circle on stage, members of the audience began to disrupt the performance. First by singing along and making noises, then by applauding. The composer left the auditorium after stopping the performance twice and appealing for silence. The audience then took to the stage to discuss the democratic right of audience participation.

In the installation Stimmung the setting echoes the stage layout with four cushions around a pool of light. An edited version of the audience participation (from the Dutch world service archive) is heard over loudspeakers. The discussion is subtitled in English on a monitor. On the headphones, the listener can hear the original piece as it should have been performed.

Produced by Smart Project Space, Amsterdam for the exhibition For The Birds.