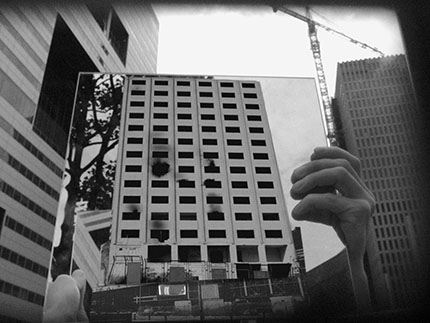 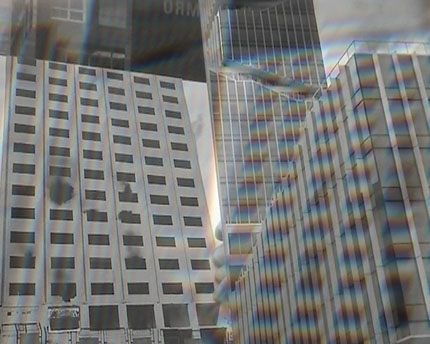 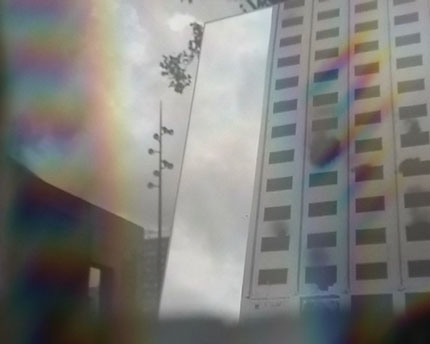 A film by Justin Bennett

"They say that art can be a mirror, but it can be a hammer too…"

In Brunelleschi’s Mirror we sit in darkness, waiting for glimpses of the outside world.
Bennett started filming Brunelleschi’s Mirror at the same time as working on the animation City of Progress. Brunelleschi’s Mirror came out of the artist's interest in architectural imagery. Investigating the origins of perspective drawing, he came across the myth of Brunelleschi’s “painting on the mirror” – a forerunner of the “CAD meets Photoshop” billboards next to almost every building site. Bennett created a machine that would reproduce this effect in video, but that would rather replace buildings with their future ruins. The voice-over tells of visions of the future, of a strange family disease, and of the role of art in society.