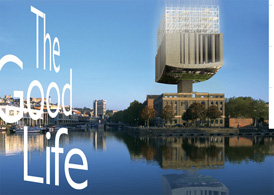 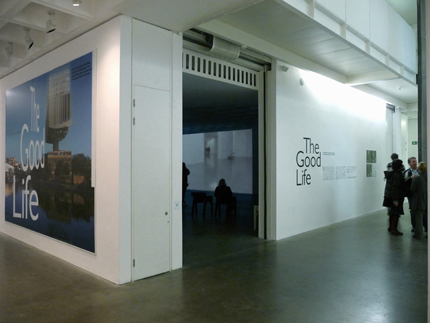 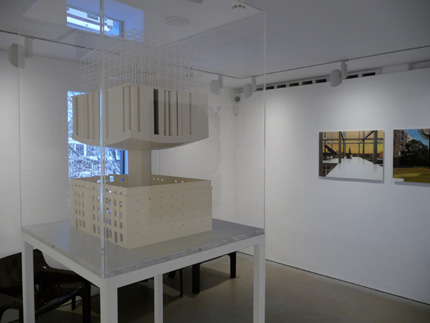 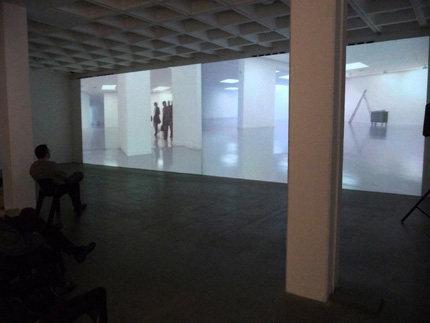 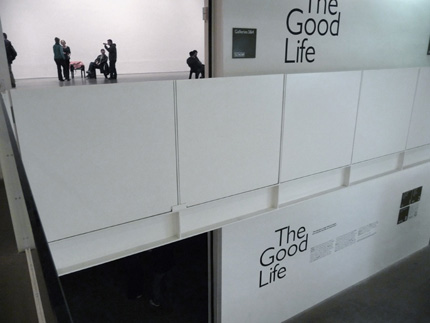 A solo exhibition by Vermeir & Heiremans

The Good Life is a project commissioned by Arnolfini, one of the leading art institutions in United Kingdom based in Bristol. Artist duo Vermeir & Heiremans produced a site-located work in collaboration with a creative team brought together for the occasion. Vermeir & Heiremans proliferated an idea of restructuring Arnolfini conceptually and in rhyme with the ongoing re-generation projects in the city. That is to say, the artist duo in collaboration with the renowned architects of 51N4E, developed a new design and use for the Arnolfini building with which the site will no longer be an arts centre but a residential building that embraces art in its style. The exhibition introduced the new model hence the future of the place to Arnolfini’s audience through video, and sound installation additionally through embracing the exhibition space of Arnolfini as a component.

The exhibition took place on two floors. The first floor hosted a large-scale double screen video installation where the project is introduced in detail. Carly Wijs, acting as a real estate agent in the video, guides the potential buyers / residents in the premises of the building while introducing the possible usage of the space in modern living. The physical space constructed in the film is a blending of three different locations as one. The actually discontinuous places brought into continuity in filmic space, form a new feeling especially while wandering in the premises of Arnolfini. In the moment of walking through Arnolfini’s empty exhibition rooms, happens a shift in perception where the existing space becomes the imaginary of the artwork. The walls no longer carry the artworks or the institution no longer put things on display but it becomes the object of display. They implement the fetish condition of an art institution in the sense that the object of desire is no longer more important than its imaginary. Hence in the future of Arnolfini, the content is spooned off while the façade remains as a reference, still keeping the impact.