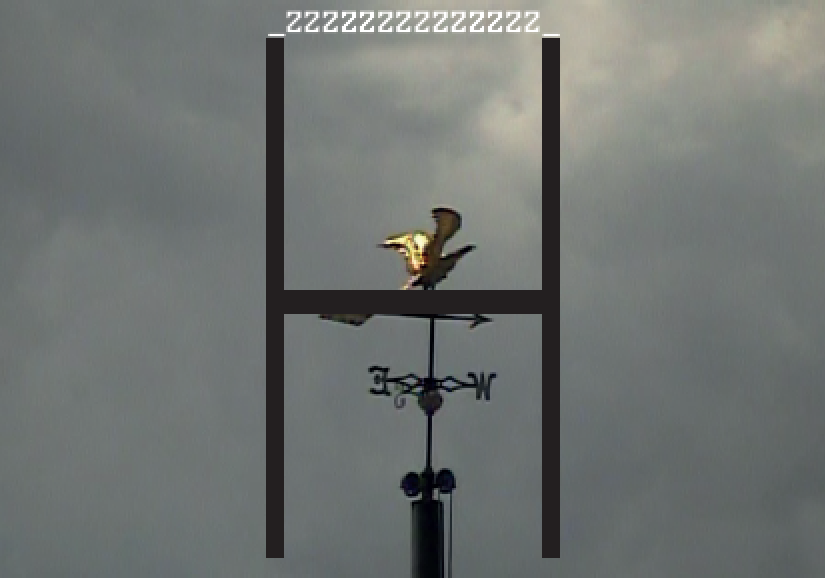 For one month, Meessen participates with his Mbécédaire (an alphabet primer) to L’oeil Vigilant, a new poetry magazine in the form of a surveillance feed for smartphones. The feed offers a view, in the foreground, of whatever each participant is able to conjure from 16 characters of type. In the middle ground is a brass eagle weather vane navigating the top of a derelict flag pole. The background is the sky over Wall Street. In between, the ambient comings and goings of sunlight, clouds, aircraft, snow, night, and birds great and small are captured 24/7.

Instead of posting short poetry as such, Meessen's proposal tests to the technical constraints of the surveillance camera. The 16 possible characters are combined with black blocks - another basic technical possibility offered by the surveillance camera- in order to recreate an alphabet primer. Mbcédaire is a unorthodox and electronic tribute to Broodthaers's poetic lesson about the normativity of the Roman alphabet.

L’oeil Vigilant, which loosely translates as “the watchful eye,” was inspired by a chain of observations on the work of Marcel Broodthaers and the serendipitous view out our front windows.