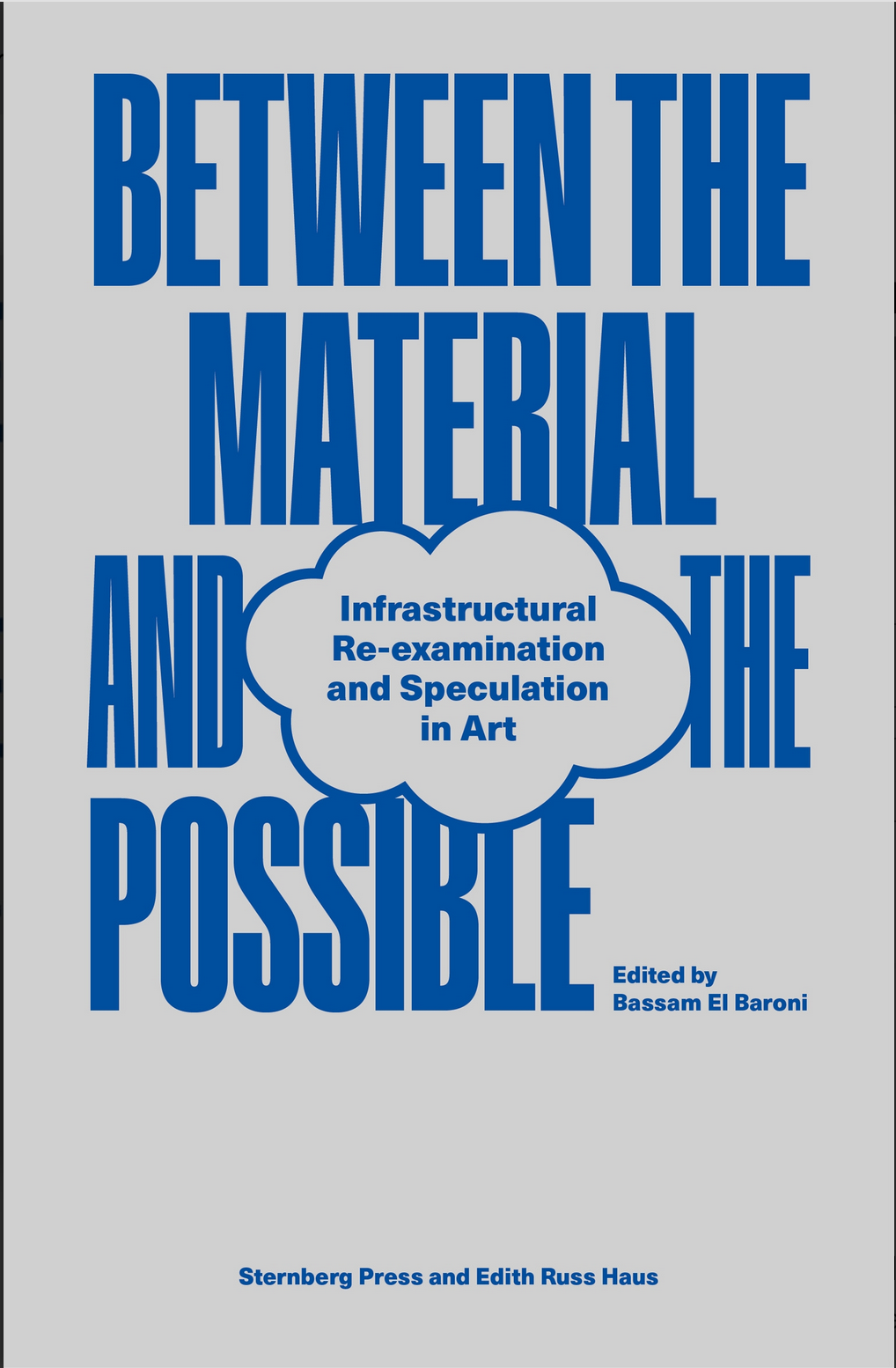 Book cover Between the Material and the Possible. Design: An Endless Supply

Forming a comprehensive picture of the multiple processes, regulations, institutions, technologies, networks, and operations that we have come to understand as the distributed infrastructural arena in which we act, yield, and plot is a perennial challenge. Over the past decade, a growing number of artists, theorists, curators, and researchers have moved from “institutional critique” to “infrastructural critique,” or toward “infrastructural speculation,” in which they explore the potential of creative infrastructure-related visions and scenarios. In attempts to counter the impasse of “the cancelled future,” art has immersed itself in systemic critiques and propositional thinking, addressing major challenges, such as the rampant financialisation of the economy and runaway climate change.

From questions around space settlements to the possibility of repurposing blockchain infrastructures and financial instruments for redistributive purposes, and from the diagrammatic potential of infrastructural thinking in artistic practices to scenario planning and economic strategising, this collection of new essays brings together critical analysis from a broad group of contributors engaged in the revisioning of our infrastructural futures. Their interrogations span local and global relationalities, historical and political legacies, as well as future-oriented infrastructural hypotheses.

Vermeir & Heiremans' contribution, 'A Modest Proposal for Preventing Artists to Become a Burden to Society, and Making Finance Beneficial to both Artists and the Public' is part of the chapter: 'What is Infrastructural Critique?'

Book cover Between the Material and the Possible. Design: An Endless Supply
1 / 5
x