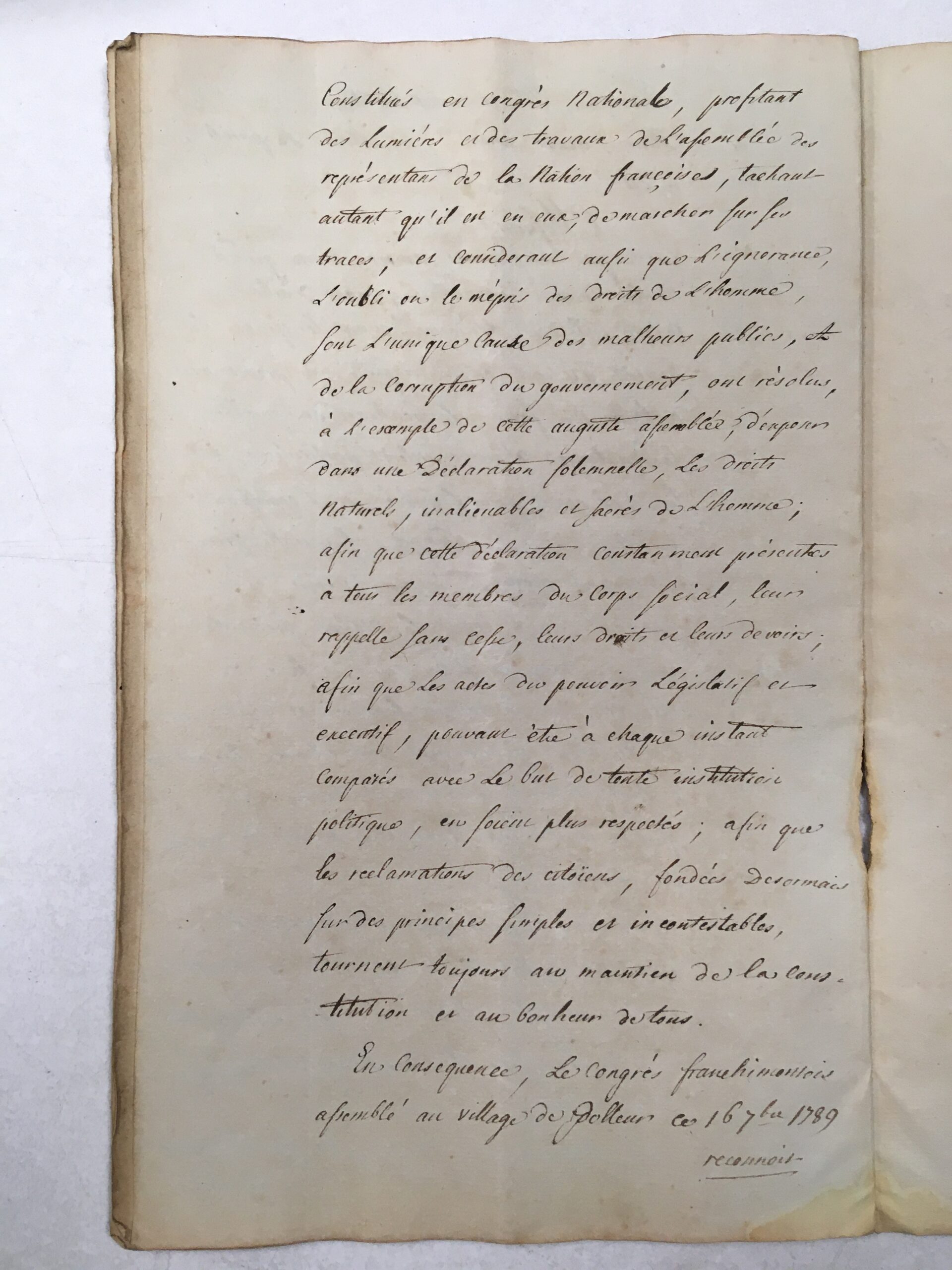 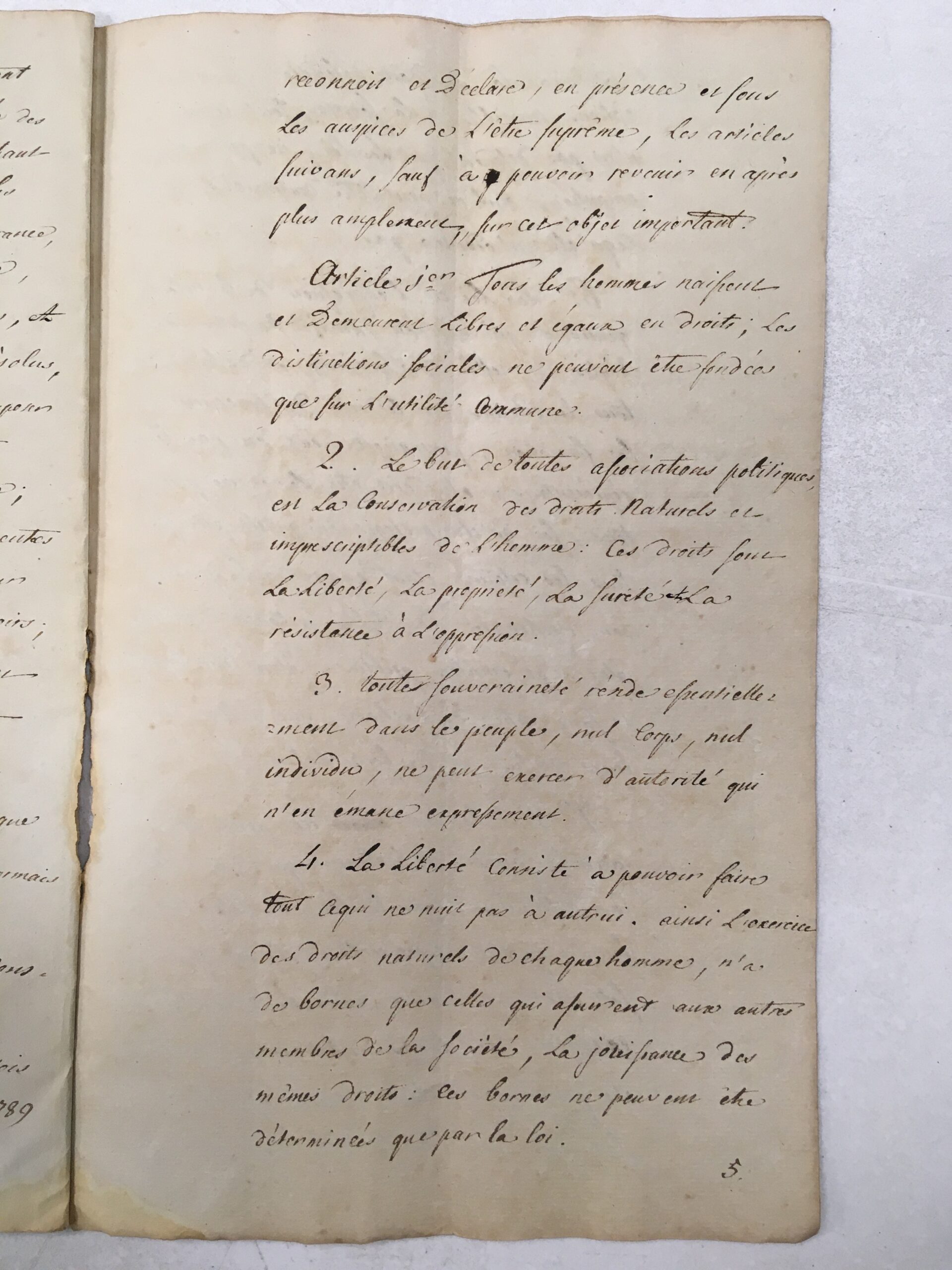 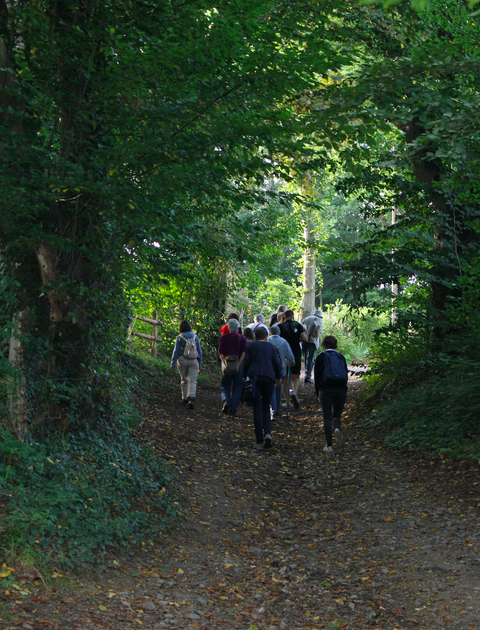 Vermeir & Heiremans present an update of their Cabinet the lecture, a documentary exhibition, meeting place and reading room, at the Musée de la Ville d’eaux in Spa

The Cabinet de Lecture is a documentary exhibition, a meeting place and a reading room, established in parallel with 7 Walks (resolution), a transdisciplinary practice which includes public walks, workshops and archival research.

On the occasion of the opening of their new exhibition and the new Spa season, Vermeir & Heiremans have selected new archival materials that generate new narratives as a basis for new walks and discussions. They are excited to present a handwritten document The Declaration of the Rights of Man and the Citizen written in September 1789 during, which has become known as, 'The Congress of Polleur'.  Revolutionary communities within the Franchimont region in the prince-bishopric Liège, among whom we find the mayors of Spa and of Franchimont (J.G. Brixhe and Laurent-Francois Dethier), had 25 meetings in a meadow in the hamlet of Polleur and presented a document addressing the rights of man for all humankind on 16 September 1789. The document breaks with older texts addressing rights of specific groups in society. The text proposes articles expressing liberty, equality, property, security, natural rights, and questions the basis of human liberation. The debate on property was highly influential in the 18th century. According to the philosophers of the Enlightenment, a person without property could not be free. Voltaire saw the foundation of every social institution in property, while Rousseau saw property as the basis of corruption and inequality between people…

These discussions continue in the work of the progressive radical journalists Alexander and Felix Delhasse. The two brothers hosted many refugees from Napoleon III’s coup d’état in France in 1851 in their hometown of Spa. The Delhasses were members of the secret society of the Charbonnerie. They were disciples of its founder Filippo Buonarotti who was also a political refugee in Belgium. Buonarotti's text entitled History of the Conspiracy of Equals relates the failed coup d'état of Gracchus Babeuf in 1796. Babeuf rejected the idea that equality before the law itself was sufficient to define societal equality, and therefore placed great emphasis on the abolition of private property. He wrote a 'Manifesto of Equals' in which he proclaimed that the land belongs to no one and that the fruits of the earth belong to all. The Conspiracy of Equals had a strong influence on the progressive movements of the mid-19th century. Le Radical, a Sunday weekly which the Delhasses published in 1838, brings the whole story.

7 Walks (resolution) draws inspiration from the intangible legacy of historical walkers and, strongly anchored in a local context, invites its participants to explore a balance between private property of and access to resources that we hold in common as a society. Spa offers the project the unique opportunity for a series of itinerant reflections on water and art. The project continues its reflections in a two-day symposium with a series of presentations and collective discussions that challenge ownership issues of common resources, both natural (water) and social (art), and imagines alternative forms of governance that aim to open up opportunities for redistribution, access, collectivity. A number of 19th century protagonists which 7 Walks 'introduced' (Proudhon, Gambart, Delhasse...) will set the pace for this contemporary reflection.