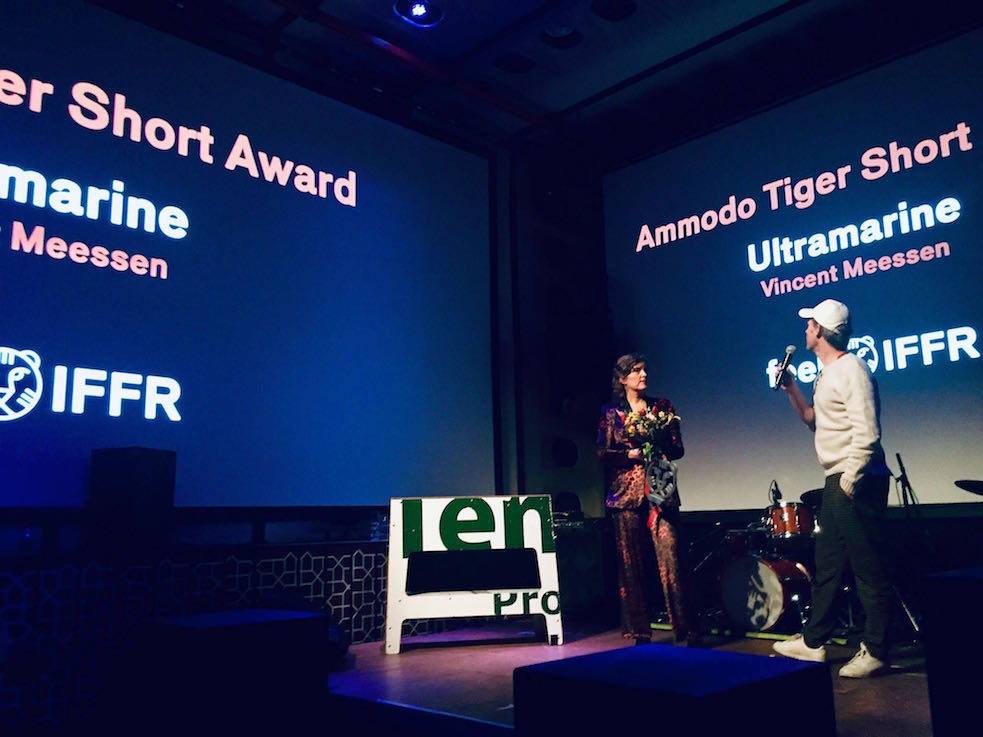 Ultramarine wins a Tiger at the International Film Festival Rotterdam

Statement of the jury:

“Rarely has the relevance of film to performance been so clear. The role of cinema here stunningly enforces the rhythm, vision, and urgency of the poet’s delivery. The film is precisely structured in a way that allows us to see the images the poet conjures, to sonorise the beat at which he speaks and to feel what is so radical in his utterance. The jury was utterly convinced.”