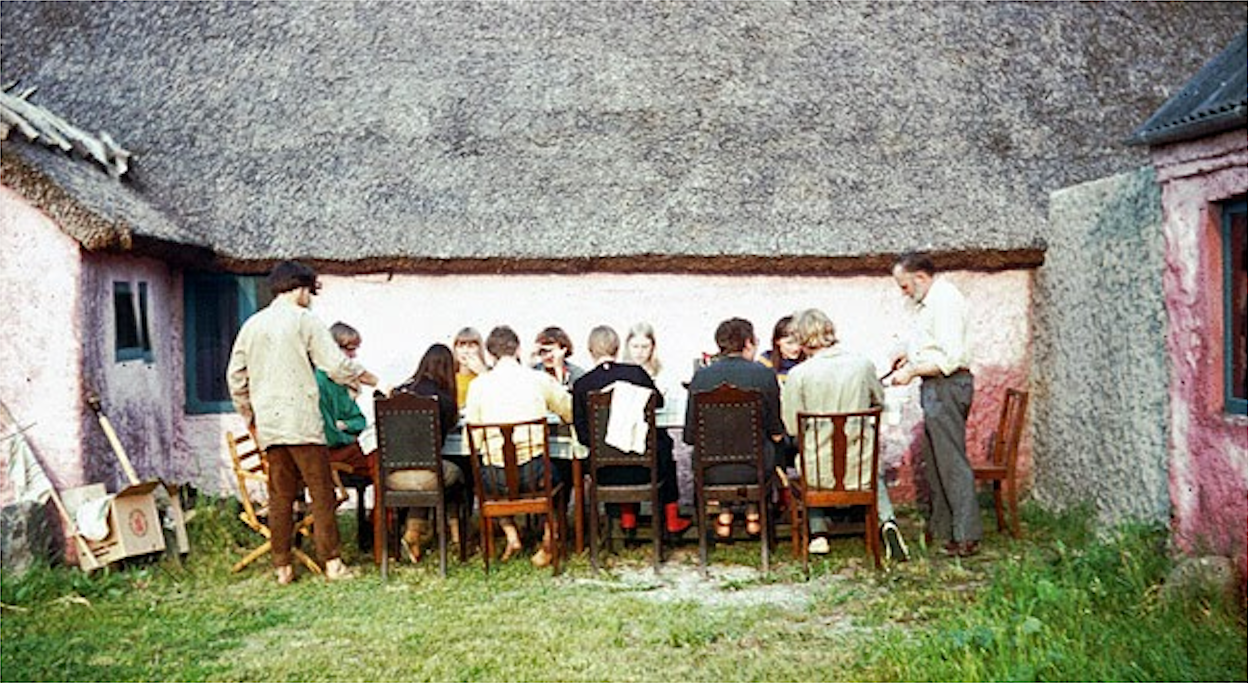 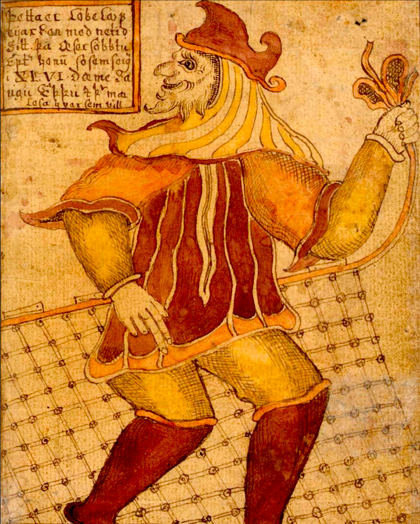 Anonymous painting of Loki from an Icelandic illuminated manuscript 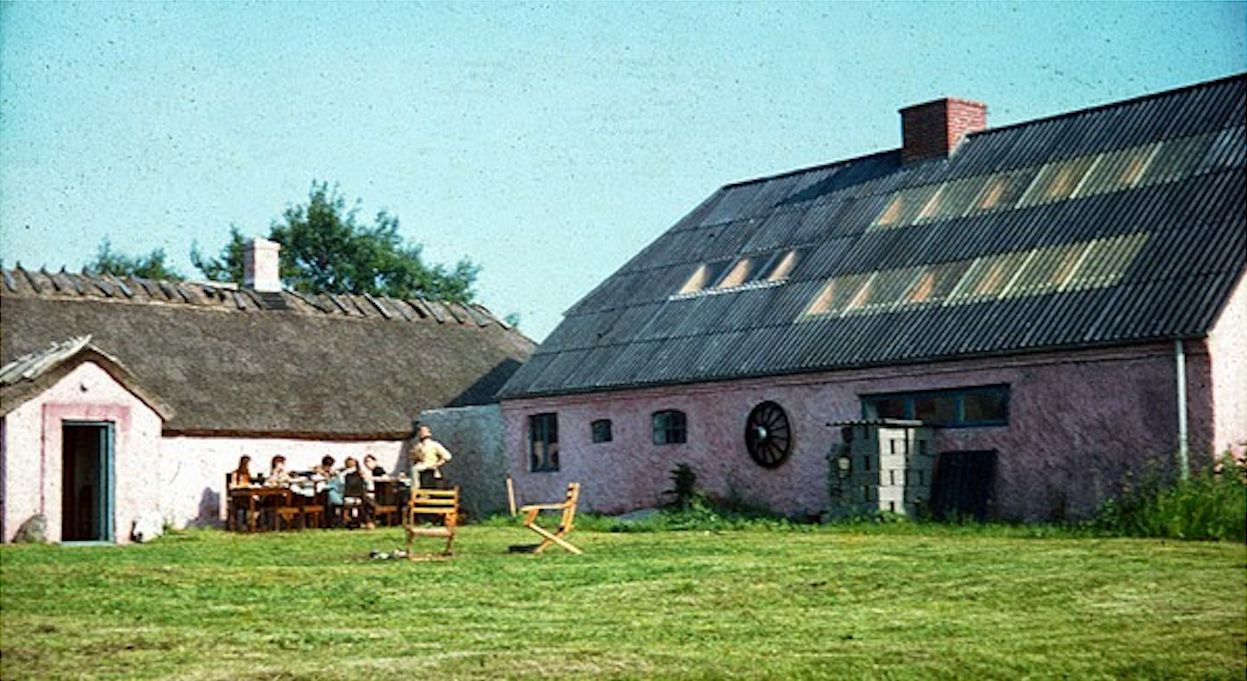 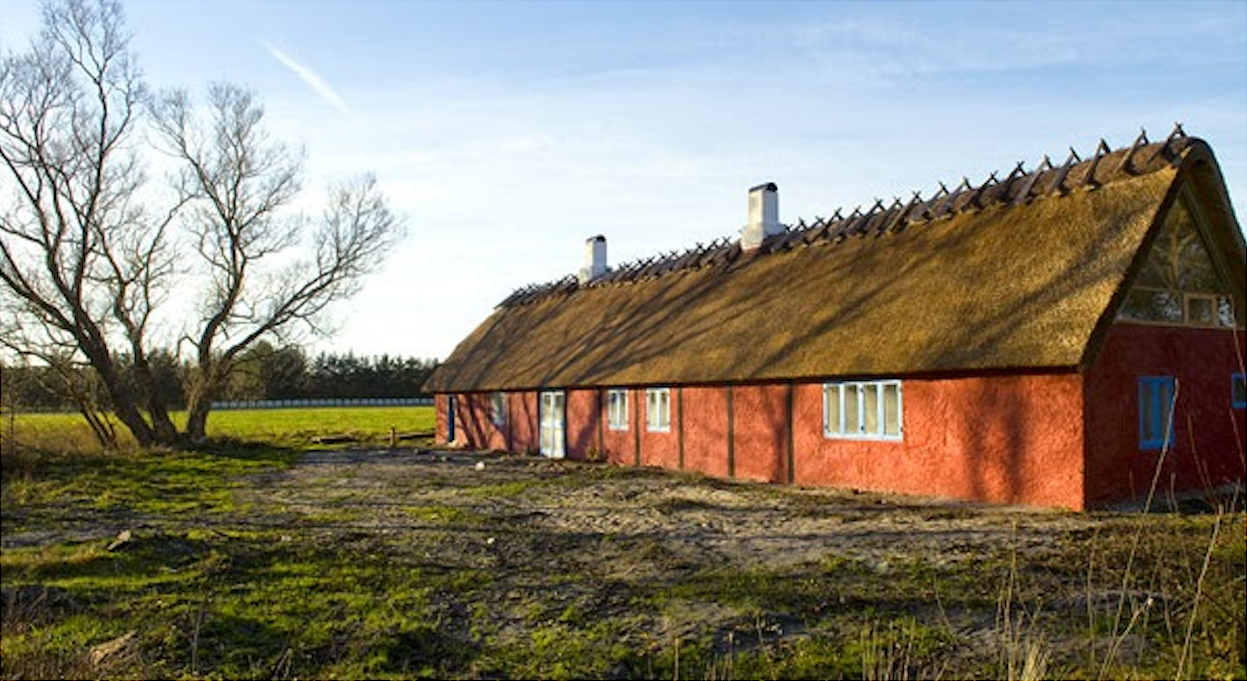 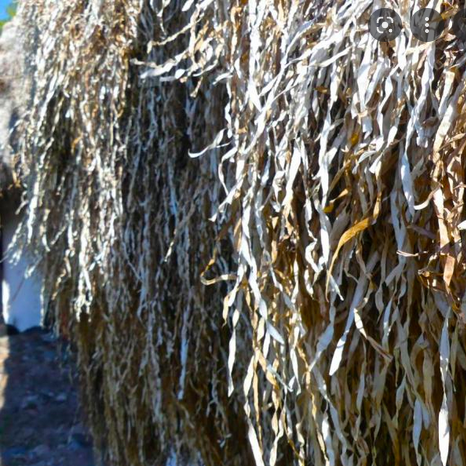 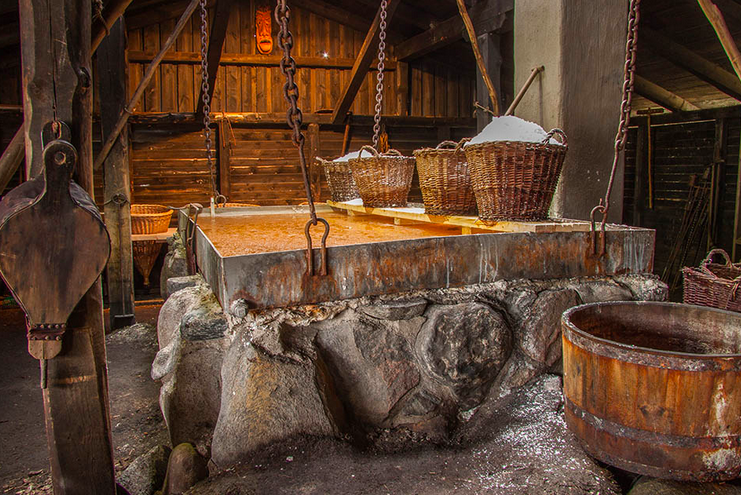 Five-day Summer School in the former farmhouse studio of Asger Jorn on the small island of Læsø, organised in partnership with Skal Contemporary and f.eks

In June, Jubilee initiates its series of yearly Summer Schools. These collective research programmes aim to connect local, natural, and social ecologies with the ‘ecology of artistic practices'. The first edition will take place in Denmark from the 25th to the 29th of June, 2022. Summer School on Læsø is organised in partnership with the Danish organisations Skal Contemporary and f.eks, and will be hosted in the former farmhouse studio of Asger Jorn on the small island of Læsø.

Skal Contemporary's and f.eks' missions are similar to that of Jubilee. They are self-organized independent art initiatives and develop a research-based nomadic program that focuses on process and interaction. This first experimental Summer School edition delves into the pedagogical ideas of Nikolai Frederick Grundtvig (1783-1872) (DK) and the anarchist de-schooling ideas of the Brussels-based French geographer Jacques Élisée Reclus (1830-1905). In line with their ideas of situated knowledge, co-operation (mutualism), emancipation and citizenship, and according to their conviction that the best learning happens ‘through the soles of our feet’, the Jubilee Summer School on Laeso will consist of walks, workshops and interactions between artists, small organisations, and local participants. Our focus will be on the cultural and natural common resources of the island.

The Summer School programme was developed in close consultation with Skal Contemorary and f.eks. They have invited local ‘experts’ to introduce us to specific uses of Læsø resources. The island has a particular way to harvest drinking water, salt and seaweed, precious resources that have conditioned daily live on the island. The island has an interesting cultural history, and was home to a small art community, amongst which we find Asger Jorn and Per Kirkeby.

Continuing Jubilee's collective trajectories, which use the artists' practices as a starting point, we will explore the multi-faceted uses of seaweed and transform locally dug-out clay into a scale version of the island. These collective endeavours put to practice some of the ideas Élisée Reclus developed in his early essay on geography Histoire d'un Ruisseau.

Læsø is also represented in the prose Edda, an Old Norse textbook written in Iceland during the early 13th century. It is considered the fullest and most detailed source for modern knowledge of Norse mythology, in which we also encounter the trickster figure of Loki. Introducing the Summer School on Læsø, Skal Contemporary organises an online Reading Room which will retrace some of the exploits of this disruptive character. Vermeir & Heiremans will link the trickster to Jorn's presence on the island and to 10,000 Years of Nordic Folk Art, the research and documentation he assembled for his Scandinavian Institute for Comparative Vandalism (SICV, 1961–65).

Jorn always wanted to bring art and life closer together. The figure of the trickster and the element of play were central to his work and thinking. His practice was very focused on collaborating with other artists and he initiated a number of collective art movements, for which his studios often became the physical setting - which was also the case for his farmhouse studio on Læsø. The general principles of the Situationist International, which he founded with i.a. Guy Debord, were an attack on capitalist exploitation and the degradation of daily life. They saw a revolutionary potential in alternative life experiences, situational constructions, unitary urbanism, psycho-geography, in unison with play, freedom, walking, and critical thinking.

Jubilee Summer Schools are collective research programmes that intend to initiate ways of learning from each other on an organisational level, learning from artist-run, participatory, commoning, and cooperative models... within an international context. Every edition will be initiated by one of the Jubilee artists in collaboration with other Jubilee artists, associated artists and team, and the hosting or invited curators, art historians, researchers, and local experts. It will be organized in different places depending on the locality of the hosting partners for each edition. A return invitation will bring the hosting partners to Brussels.

Summer School on Laeso, a partnership between Jubilee, Skal Contemporary, and f.eks.

Send a mail to info@jubilee-art.org or kontakt@skalcontemporary.dk to obtain a zoom link

Anonymous painting of Loki from an Icelandic illuminated manuscript