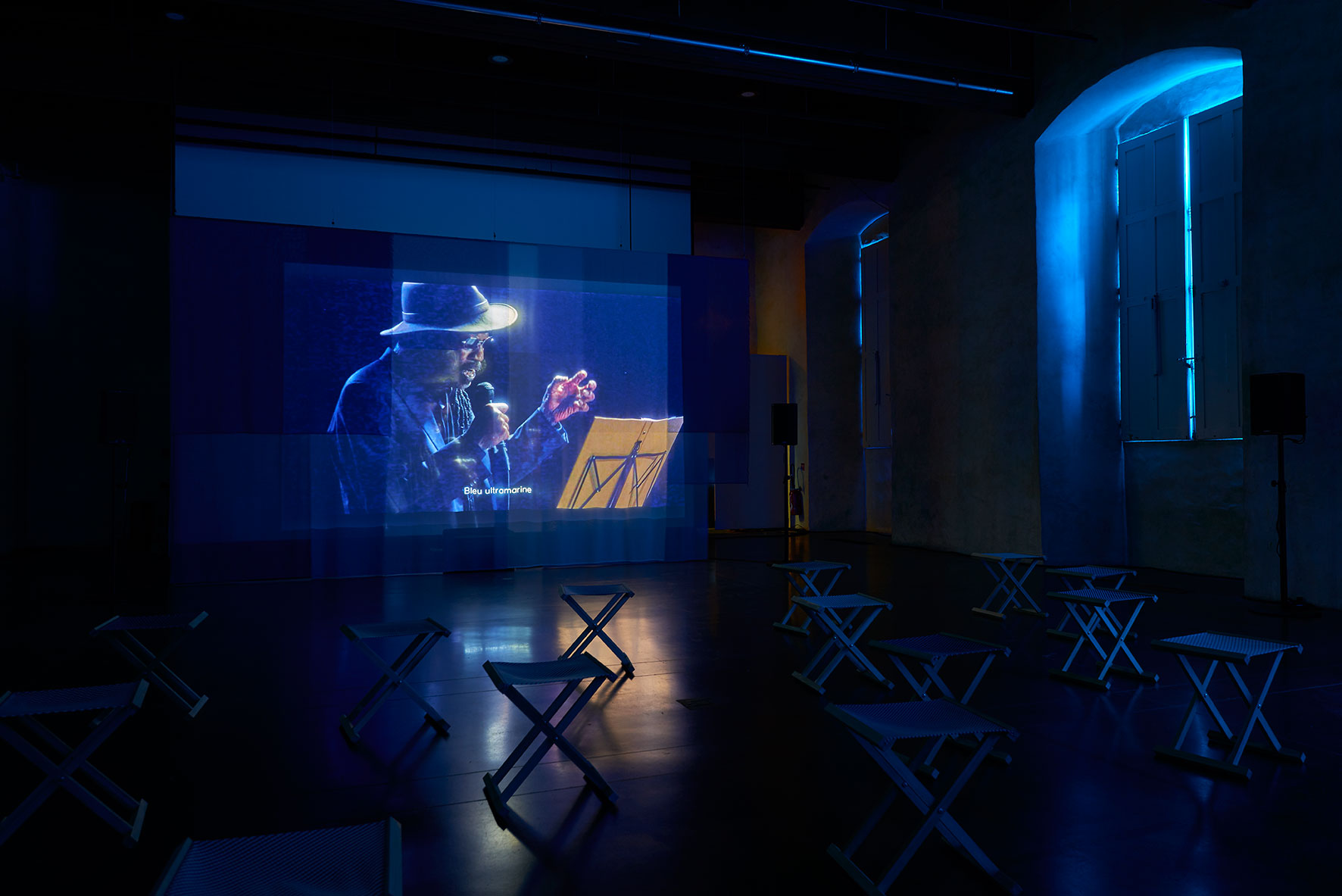 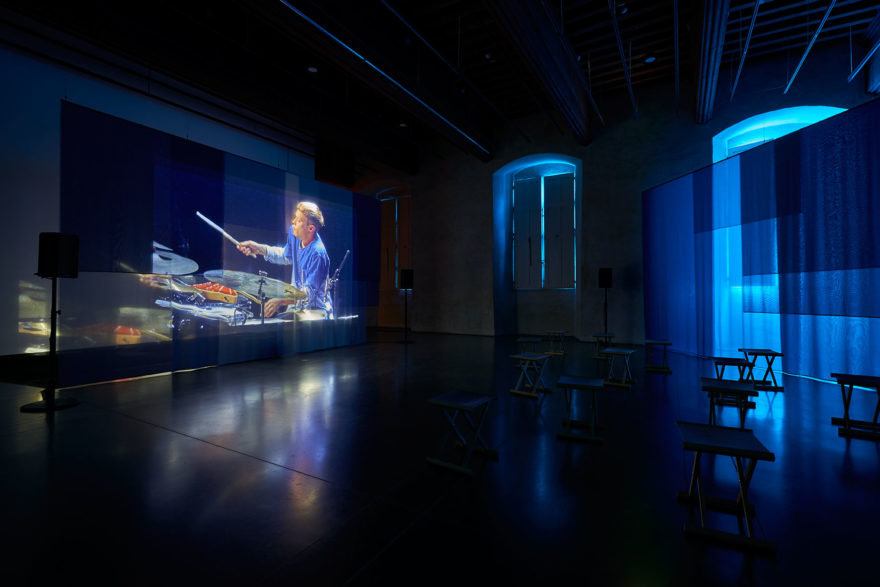 During the 2016 edition of Le Printemps de septembre, Vincent Meessen introduced Afro-American poet Kain The Poet to Toulouse. We meet with him again this year with Ultramarine, a filmic, musical and textile installation. Despite having been neglected by history, Kain The Poet figures among the illustrious founders of spoken word who are, in the wake of the Black Arts Movement – the cultural movement stemming from Black Power in the USA – at the origin of hip-hop. Ultramarine, a visual and polyphonic score about the "exile blues", is presented for the first time at the Musée Saint-Raymond on the occasion of the 2018 edition of the festival. The fruit of an exchange between the artist born in 1971 and Kain, creator of the album Blue Guerilla that came out that same year, the film finds its motif in the colour blue whose chromatic, historic and discursive tones are set out – ultramarine blue from overseas, the pastel and indigo trade but also colonialism, slavery and the blues of exile.

Rendered in words by Kain, voiced in music by drummer Lander Gyselinck, and adapted to space by textile designer Diance Steverlynck, the film refers to the travelling troubadour tradition and the pastel trade that made Toulouse's wealth. He pairs treasures from the region's archives and museum collections with simple stage accessories that Kain has surrounded himself with since his exile to Amsterdam in the 1980s – a suitcase, a voodoo doll, a toy piano, etc, enter in dialogue with a moroccan astrolabe, an automaton from Robert-Houdin, the first western mappa mundi, a blue penitent's tunic, and apocalyptic frescoes.

Disrupting the Eurocentric written logic of historiography as well as that of museum classifications, Ultramarine sets a constellation of objects in motion. The immersive experience of color, a living, textured, spectral and polymorphic substance is here rendered inseparable from its troubled political component and from cinema as magical practice.

Opening on Friday 21 September, 6pm
Tuesdays from 10am to 6pm
Wednesday to Sunday from 10am to 7pm
Late-night openings on 21, 22, 28 and 29 September until midnight
Closed on Mondays