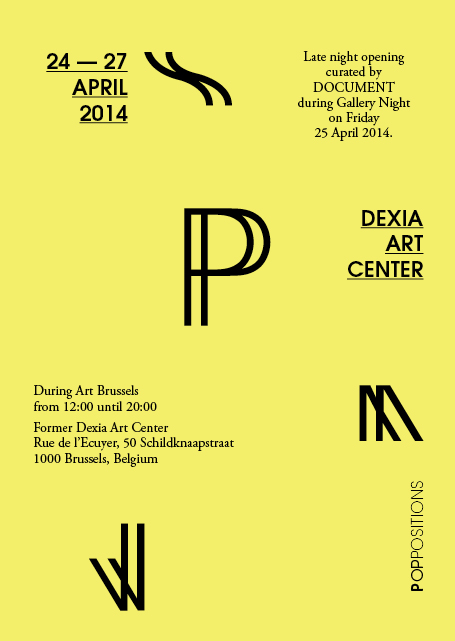 The number of self-organised entities in the arts clearly seems to be on the rise for some time now, ranging from artist and curatorial collectives and production offices to artist-run organisations and other non-profit art spaces. But what do these forms of self-organisation have in common, and which lessons can be drawn from it? Do they provide a viable way out of a climate of economic precarity, or are they rather the victims of neo-liberal austerity measures? And are there any decent alternatives to the dominant gallery model? The recent publication Self-organised (Open Editions, 2013) will function as a backdrop for this panel talk.

As additional inspiration for the talk, Vermeulen added: ‘I wonder if there is still such a thing as ‘autonomy’ that can be constituted, and what it implies. Every form of self-organisation today entails a dependence on certain structures, be it public or private. So an interesting question could be what kind of minimum ‘infrastructure’ is needed in order to organise ourselves (ranging from artists to curators and producers). Is it, therefore, a model that can be sustained, and which leading examples can be given (historical and at present)?

And then, what are the needs for self-organisation? Is it a mere pragmatic issue (like, for instance, sharing costs etc) or can it also turn into a more political claim or activist model to oppose or counter the dominant market forces (see e.g. http://www.wageforwork.com)? Or do we need to think more in a complementary (instead of oppositional) way?’

Occupying the premises of a bank that went bankrupt and was then bailed out by the Belgian national government, POPPOSITIONS explores the critical potential of site-specificity. In line with the previous editions, it aims to establish an edgy alternative to the city’s art fair frenzy. Following a dynamic of constant renewal, this year’s POPPOSITIONS is profiled as an assembly of galleries and hybrid art spaces, accompanied by a programme of panel talks and performances.