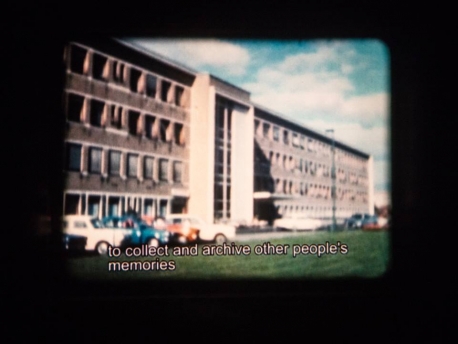 81 things I thought I had forgotten

An archive of other peoples memories

Flemish artist Jasper Rigole collects other people’s memories. Films, photos and objects, so called 'memory documents' which he found in thrift shops and flee markets. He archives them in his fictional institute (The International Institute for the Conservation, Archiving and Distribution of Other people’s Memories).
These objects form the inspiration for the artist to create new meanings for these objects.

The exhibition is a co-production with Z33