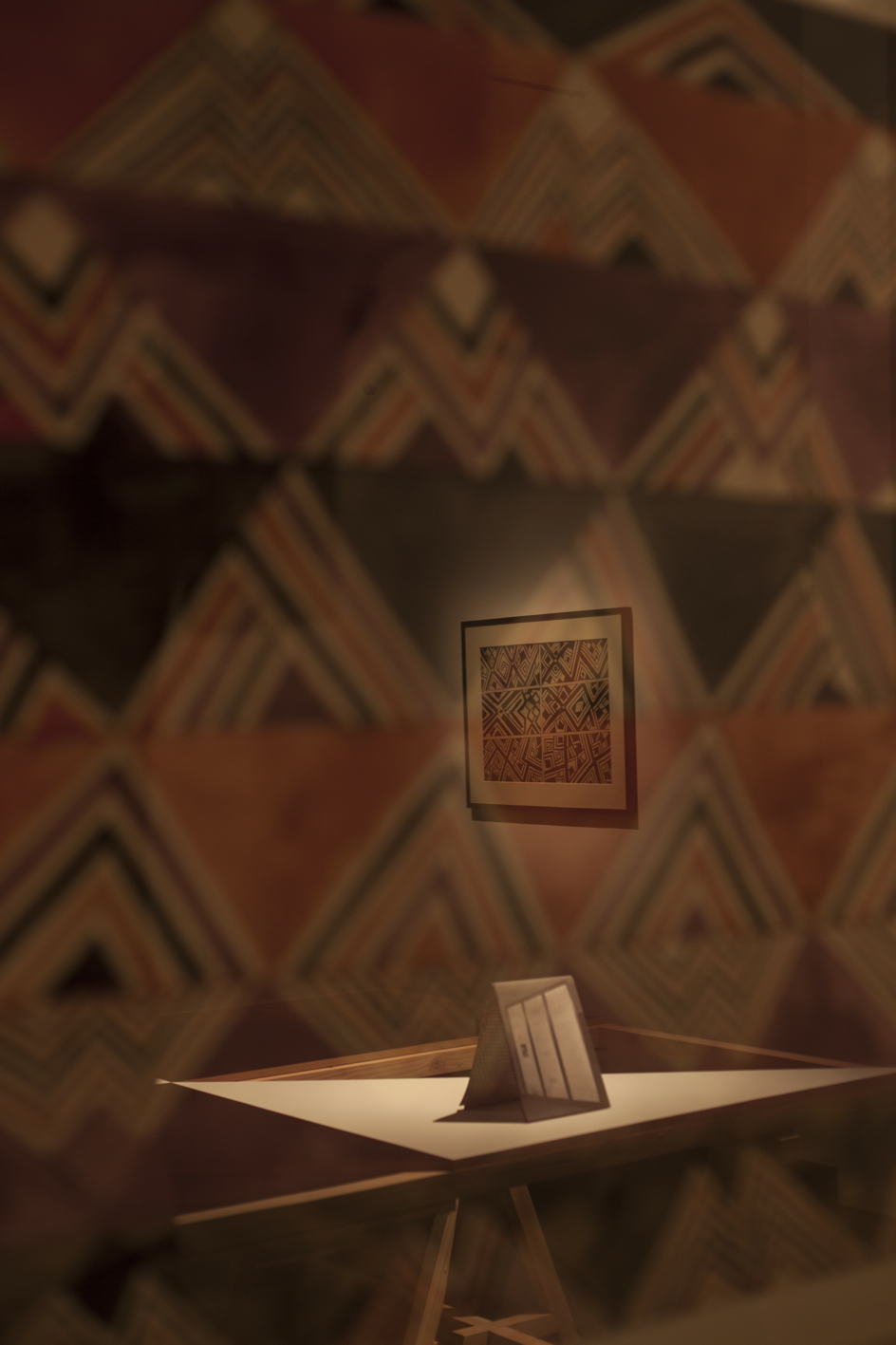 With the support of DeBuren, Brussels

For the occasion of this conference, Vincent Meessen was invited to present his paper TshelaTendu: Un malentendu / A Misunderstanding, in which he elaborates on his research, that he recently presented in KIOSK in Ghent (2013).

Based on the rediscovery of a major collection of some hundred works painted by Tshelatendu, a precursor of Congolese modern art, this paper questions the conditions of the public reception of these works conserved by a Belgian institution. Rarely studied and never exhibited since their donation in the late 1950s, these works point to a blind spot in colonial modernity.

More generally, this paper is connected with my research-based artistic practice, at times coupled with para-curatorial tactics. To highlight colonial modernity's active residue in our daily life, this practice adopts a constructivist and speculative approach. Applying this to Congolese art works and colonial film archives, both hitherto neglected by academic research, this methodology confers a new intelligibility of facts through their "polemical positioning" in an artistic endeavor.

Entitled Patterns for (re)cognition, this research is had its first public exposure in the form of a duo exhibition held at the KIOSK Gallery in Ghent, Belgium. The exhibition takes the form of a constructivist scenario that re-actualizes the notion of abstraction and its conditions of intelligibility in the context of colonial modernity. A dozen abstract paintings that Tshelatendu painted between 1929 and 1931 are juxtaposed with 16mm film documenting psychological experiments carried out in the Belgian Congo in the 1950s. These experiments were destined to measure black people's "mental level" and ability to abstract.

Against the backdrop of globalization today, museums for modern and contemporary art in the Western Hemisphere are increasingly engaging in the acquisition and presentation of art from all over the world, beyond the still-prevalent dominance of European and North American art. Given the extreme concentration of internationally operating art institutions in Western Europe and the United States on the one hand, and the often radically different self-understanding of non-Western art institutions on the other, the institutional claims to the global need to be reviewed, contextualized, and contested.

A critical reassessment of the history of Western art museums provides a starting point for this discussion. When taking a closer look at the institutional histories of such museums, it often appears that they are more diverse and can offer interesting correspondences with today’s curatorial practices and broadening international scope.