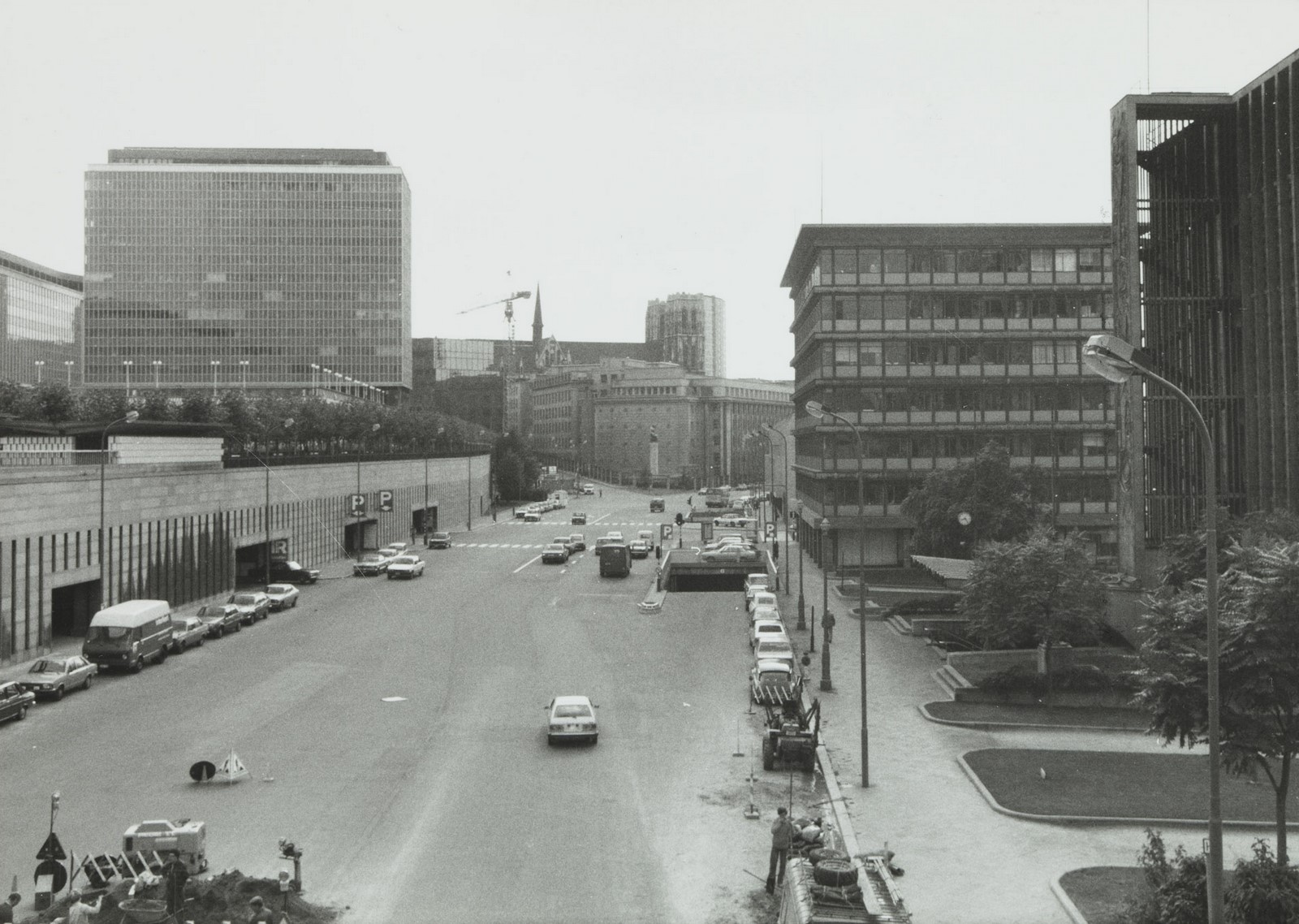 Jubilee’s curator coordinator Jesse van Winden initiated and participates in a three-day exhibition themed around the transition from socialism to capitalism in Central and Eastern Europe at Meyboom Artist-run Spaces, Brussels. The screening programme includes work by Justin Bennett

Our Fluid Territories proposes overlapping film projections, installations, performances and two-dimensional works dealing with the transition from socialism to capitalism in Central and Eastern Europe – uprooting and rerouting official as well as subjective identities. Each evening, three projects will be activated, allowing time and space for conversations. The constellation of works can be described as portraits of people, cities, and systems – in whose interstices dialogues can unfold among everyone present. The exhibition brings together the work of 8 artists with a background of migration, but at home in Brussels. The venue is an off-space located in a former bank office from 1992 - the heyday of privatizations in Western Europe, the first year of the EU, and the first one without the USSR. The building doubles as a materialisation of the marginalised capitalism that haunts some of the practices on view.

The installations will be activtated with conversations, film screenings and performances during an evening programme that takes place each day from 18h onwards.

A screening programme with (short) films by a number of other (video) artists is in preparation. It will be screened continuously during the daytime opening hours of the exhibition and feature films by Justin Bennett, Rune Peitersen, Anri Sala, and Ingel Vaikla, among others. The full programme will be published in due time.

An exhibition co-curated by all artists involved

Supported by Jubilee, platform for artistic research, and Argos, centre for audiovisual arts