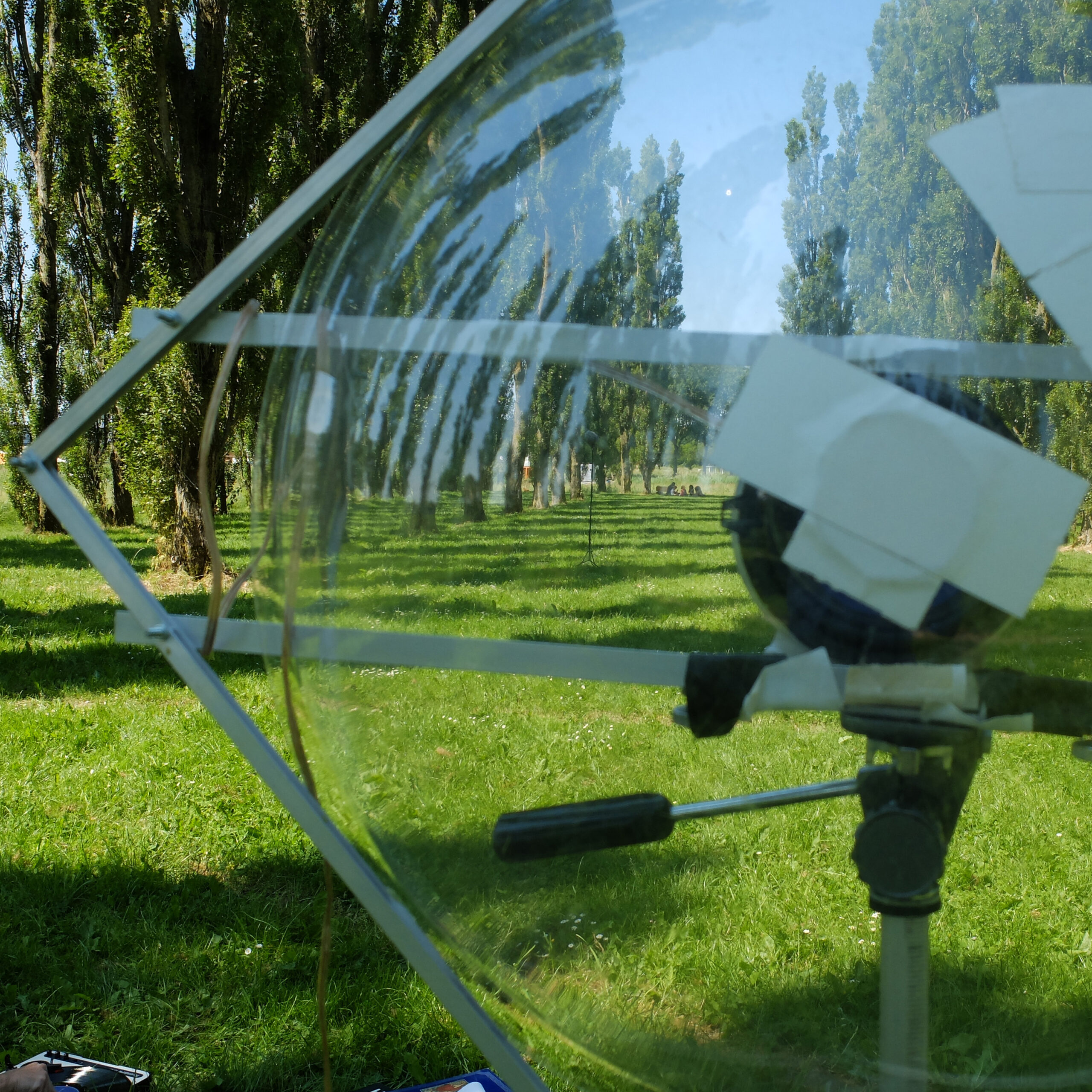 Photo: BMB con. performance at the Bomenkathedraal, Almere, The Netherlands.

BMB con. is developing a new site-specific performance for the Oscillation festival.

For Oscillation festival, BMB con. presents a new piece, using electronic sound, the natural outdoor acoustics of the Abbaye de Forest and the movements and sounds of humans, birds, bats and other creatures.

For the last 30-odd years, BMB con. have been performing a balancing act between music and noise, sound and vision, indoors and out, digital and analogue, performer and audience. BMB con. was founded by Roelf Toxopeus, Justin Bennett and Wikke ‘t Hooft in 1989. Since 2006 it consists of a core duo working together with a changing group of invited artists/performers. They incorporate electronic and acoustic music, film, video and physical theatre in their performances and installations.