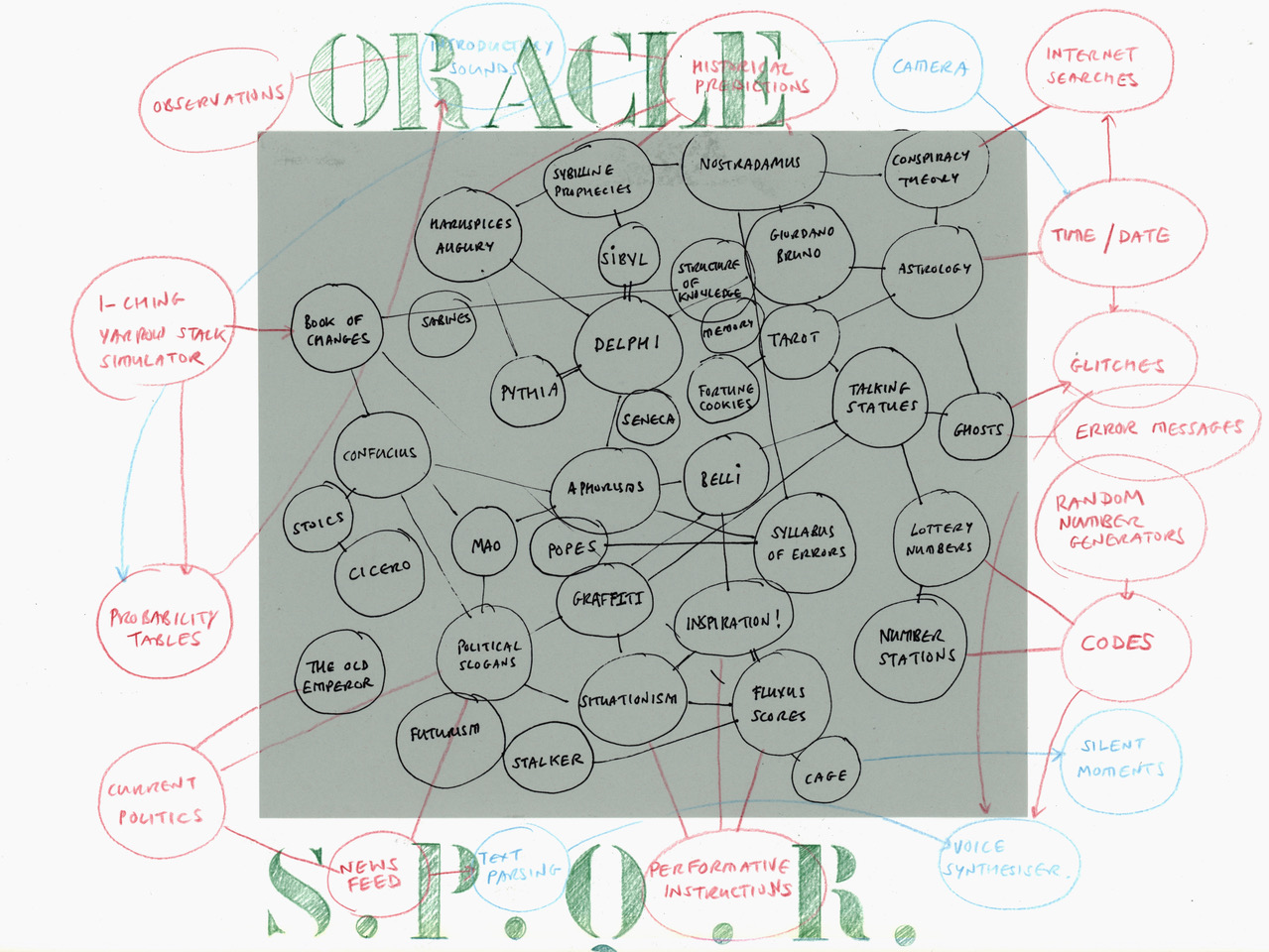 Curated by MAXXI Artistic Director Hou Hanru, Director MAXXI Art Bartolomeo Pietromarchi, and curator Eleonora Farina and based on a wide and significant selection of the Museum’s Collection, the show is devoted to a quintessentially Italian subject, while at the same time exploring the fascination and potential of opera as a theatrical Gesamtkunstwerk from the perspective of global visual arts. The artists featured deal with physical expression, masking, staging, performativity, experiences of space, and sound.

An oracle is a person, agency or site considered to be a source of wise counsel or prophetic opinion; usually spiritual in nature. Oracles were common in ancient civilizations. The best known to us today are those preserved as books, like the Chinese Book of Changes (I Ching), or those immortalised in myth, like the classical Greek Pythia of the temple of Apollo in Delphi. Oracles continue to play an important part in religion and government in many cultures today, and some, like the Tarot, are used as techniques for individual “fortune-telling”.

Oracle 2.0 is a kind of switchboard which attempts to collect, shuffle and distribute historical and present day predictions to the right person at the right time. It makes predictions, but it also pronounces wise statements, comments about the environment, personal advice, riddles, instructions for performative actions, and political observations. It attempts to answer all questions, especially those that the visitor didn’t ask.

It does so by consulting an extensive library of predictions including quotes from the Delphic utterances, I-Ching, Confucius, Nostradamus, Cicero, Virgil and Seneca. Other statements are inspired by, for instance, Eno/Schmidt’s Oblique Strategies, the Situationist International, Jean Luc Godard’s One plus one, texts by Bertold and George Brecht, David Lynch's Log Lady, and political graffiti.

The use of randomness was an important technique for many artists of the 20th century, notably Marcel Duchamp and John Cage. “Random” choices are unpredictable and surprising, but they are not without structure – for instance the yarrow-stalk oracle used for the I Ching favours certain hexagrams over others, and is sensitive to natural and human intervention. The "random" process which selects the utterances in Oracle 2.0 uses a system of probabilities which can be influenced by the time of day, the weather, the financial markets or the results of internet searches.

The voice of Oracle 2.0 is a female digital voice synthesiser, speaking in German.