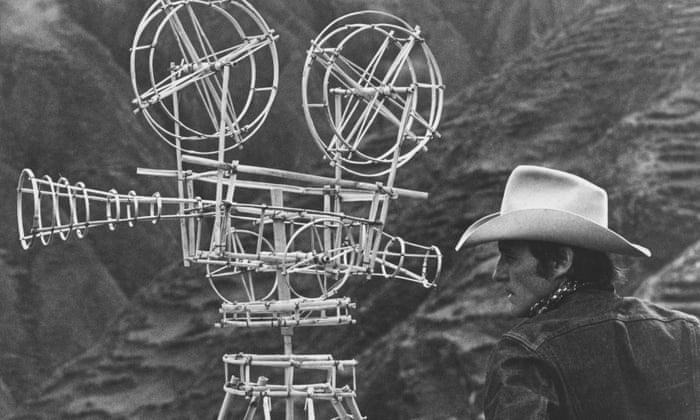 After an introduction by Grace Ndiritu and Jubilee, the following films will be screened:

The local documentary In ‘t Patershol shows daily life in the 1970s in the neighborhood where Kunsthal Gent is also located, ranging from the Patersholfeesten to the protest march of the ‘Pandinistisch Verblijvingsfront’ against the expulsion of the residents of Het Pand – a history that repeats itself today with the occupation of the place by the Pandemisten.

Water Warriors (2017) is about the land justice movement in Canada and tells the story of a community’s successful struggle to protect their water from the oil and natural gas industry.

In The Last Movie (1971), director Dennis Hopper stars as Kansas, a stunt coordinator in charge of horses on a western being shot in a small Peruvian village. He thinks he has found paradise, but is soon called in to help in a bizarre incident: the Peruvian natives are “filming” their own movie with “cameras” made of sticks, and acting out real western movie violence, as they don’t understand movie fakery. Hopper was greatly influenced by the work of experimental filmmaker and artist Bruce Conner and Jean-Luc Godard, as well as Pop and Abstract artists. The Last Movie has been widely unseen for nearly 50 years until the recent 4K restoration of the film; this is the version we’re showing.

This event is part of Ghent: How to Live Together (A Season of Truth and Reconciliation), a project by artist Grace Ndiritu in the framework of Kunsthal Gent's Development Programme. Grace Ndiritu examines how the site of the former Caermersklooster, where the interests of the different people and institutions who use or own the site are in conflict, can serve as a model for the practice of commoning. In collaboration with Jubilee, in which Grace Ndiritu participates through the collective research projects Caveat and Emptor.

Thanks to the collection of Huis van Alijn.