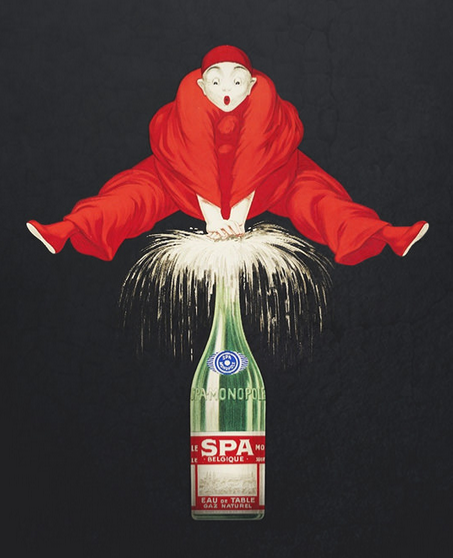 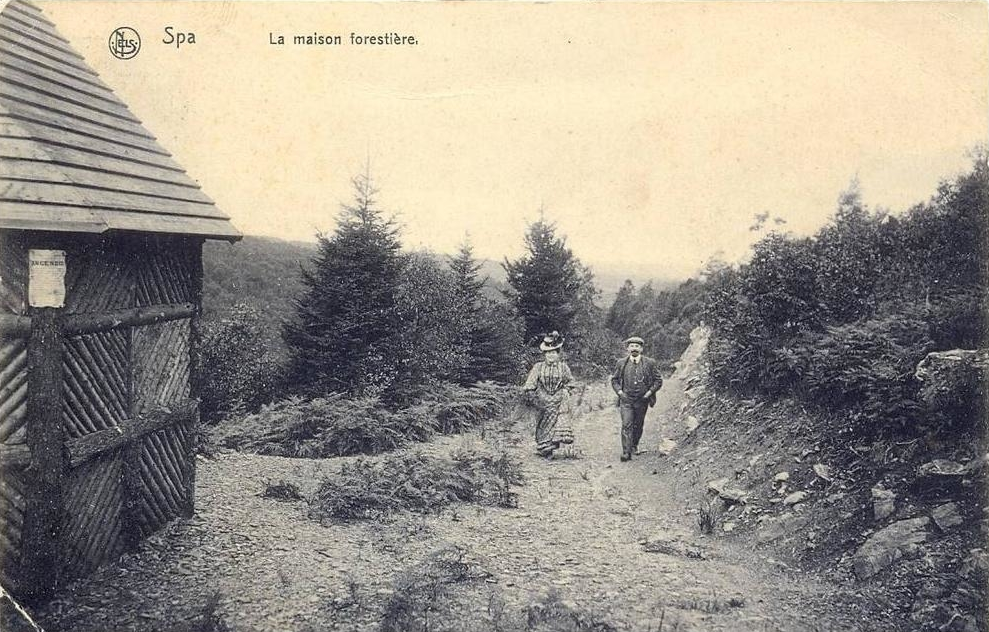 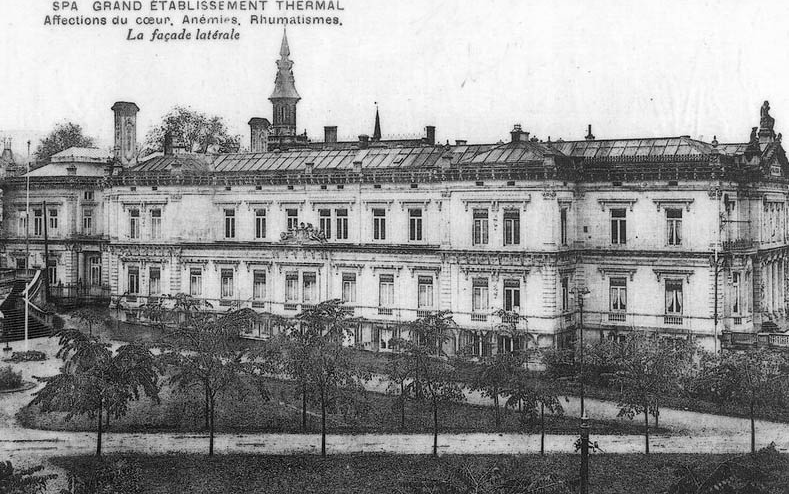 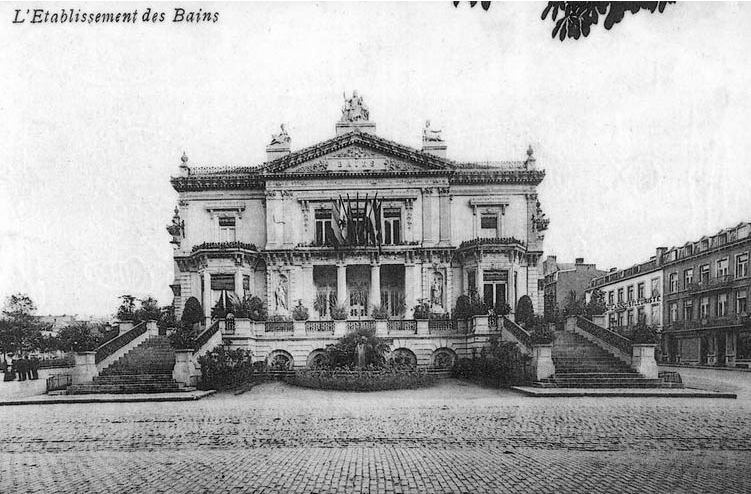 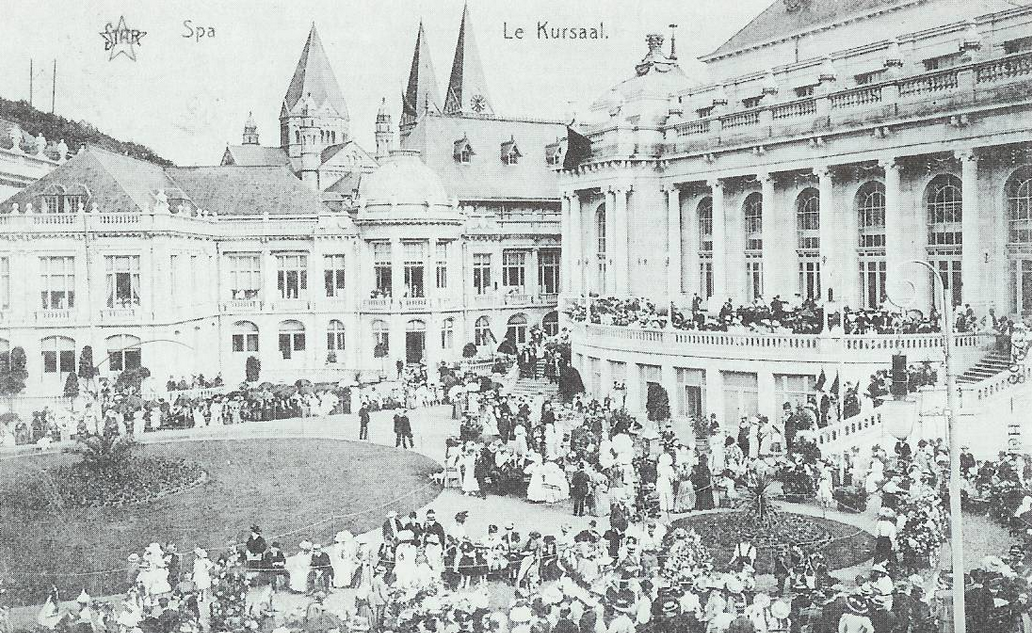 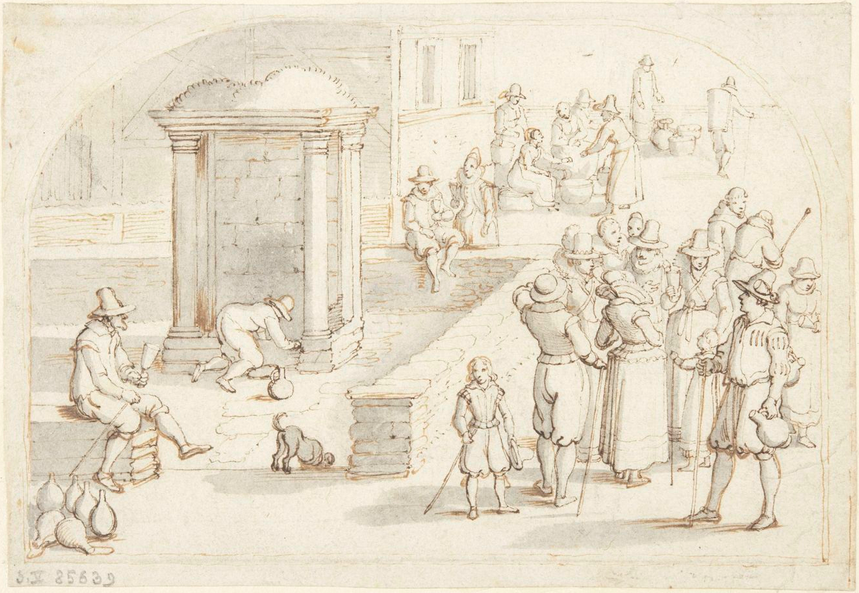 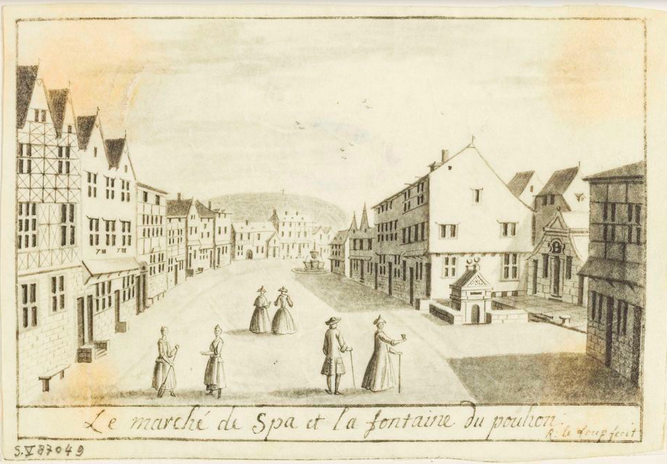 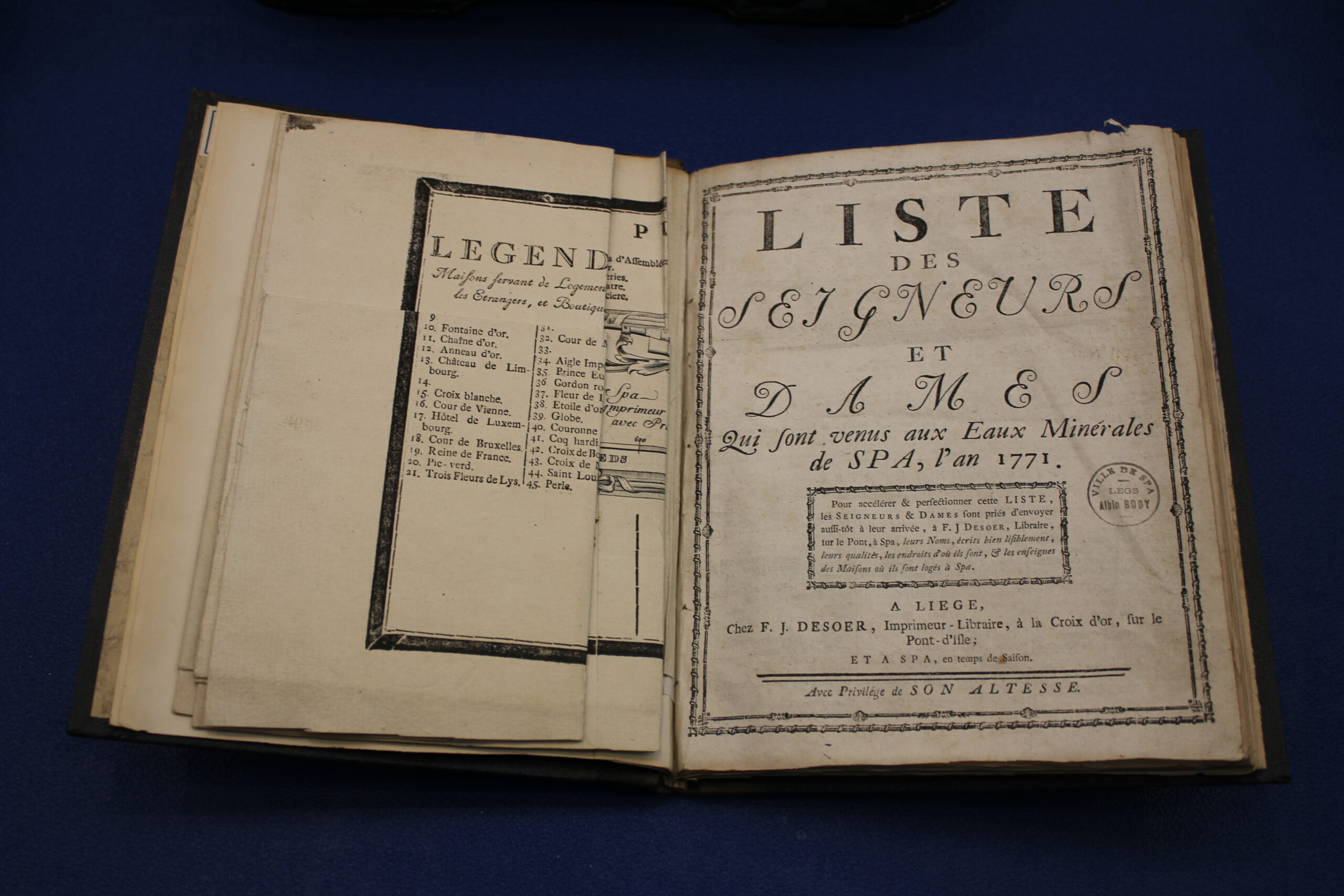 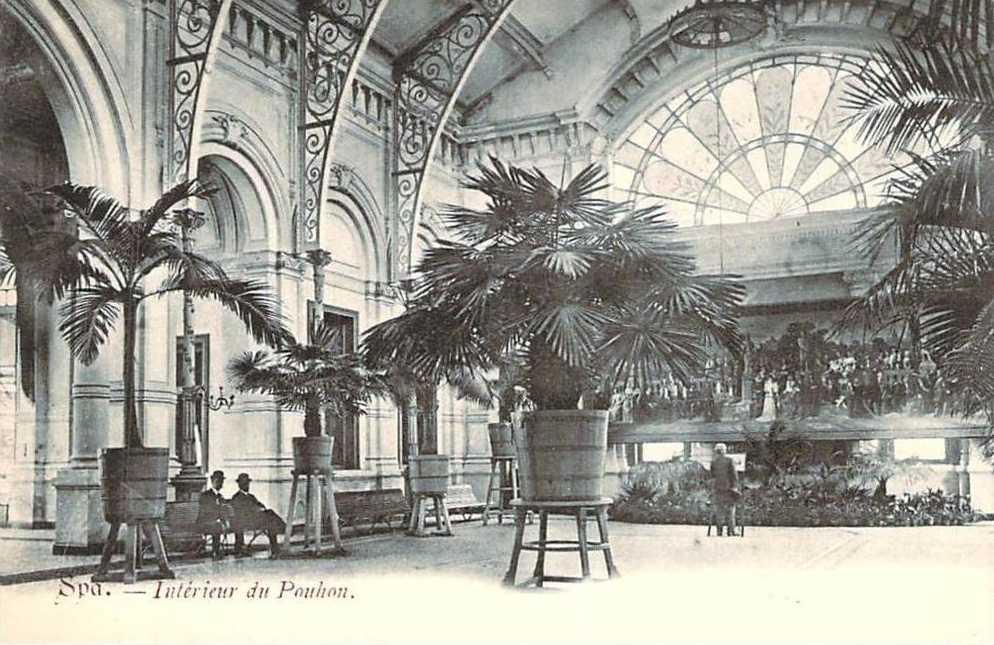 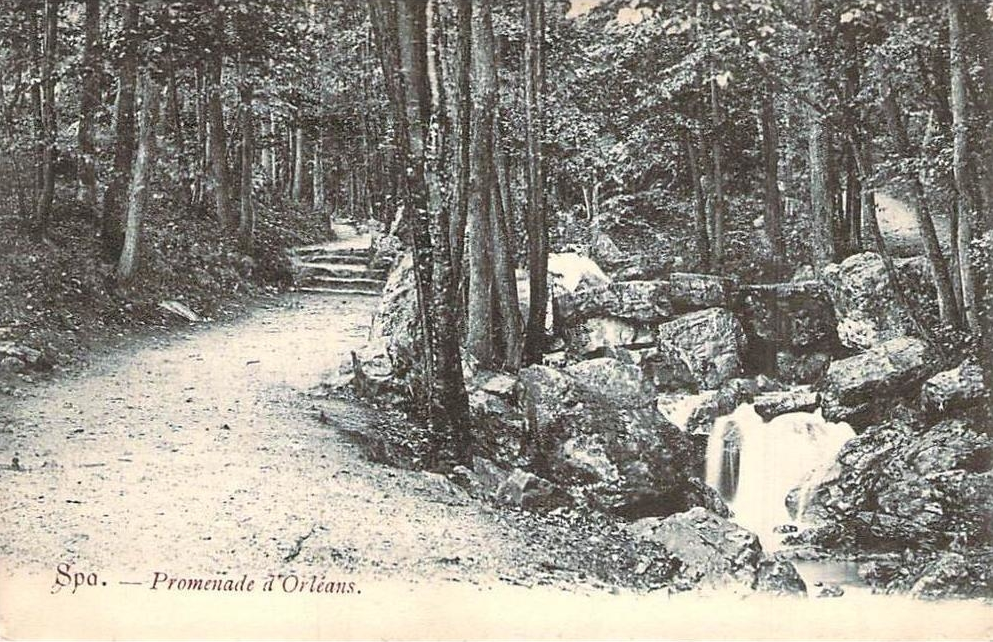 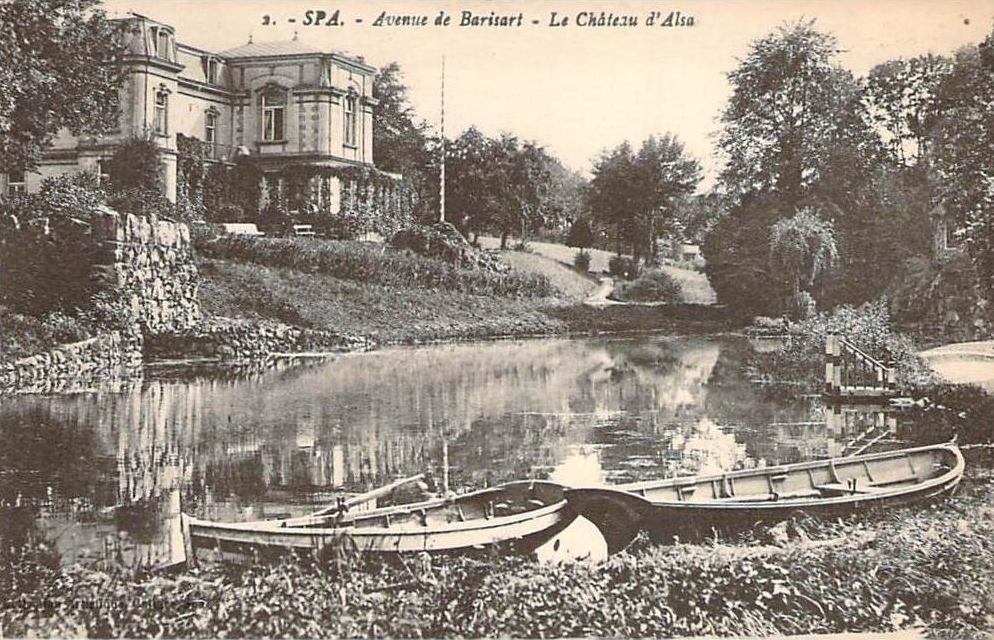 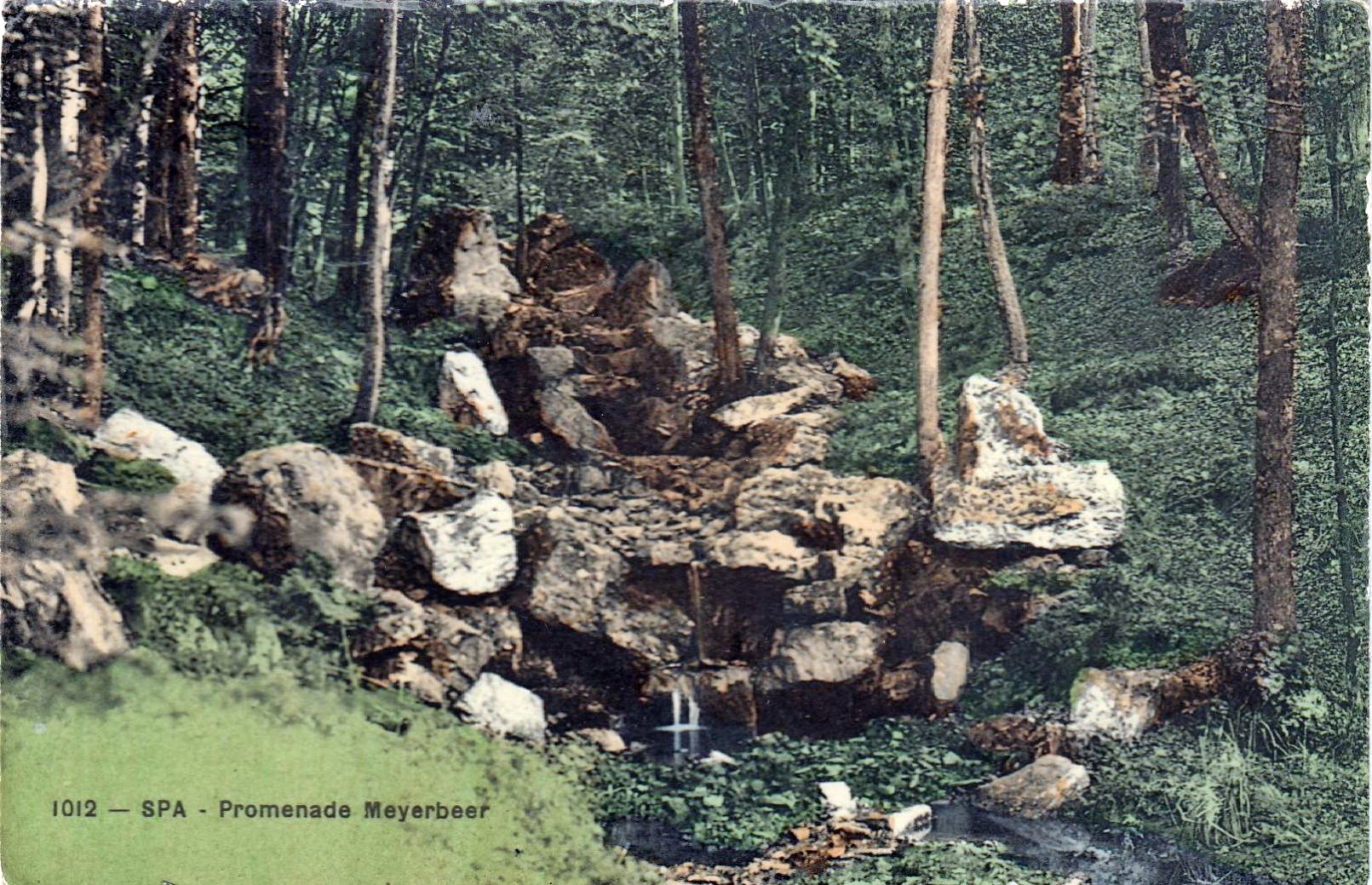 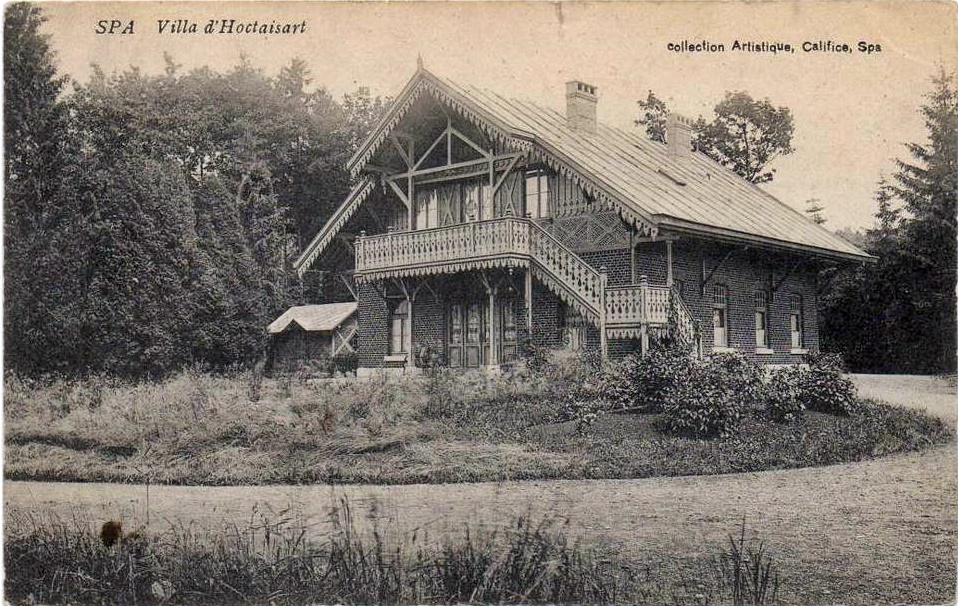 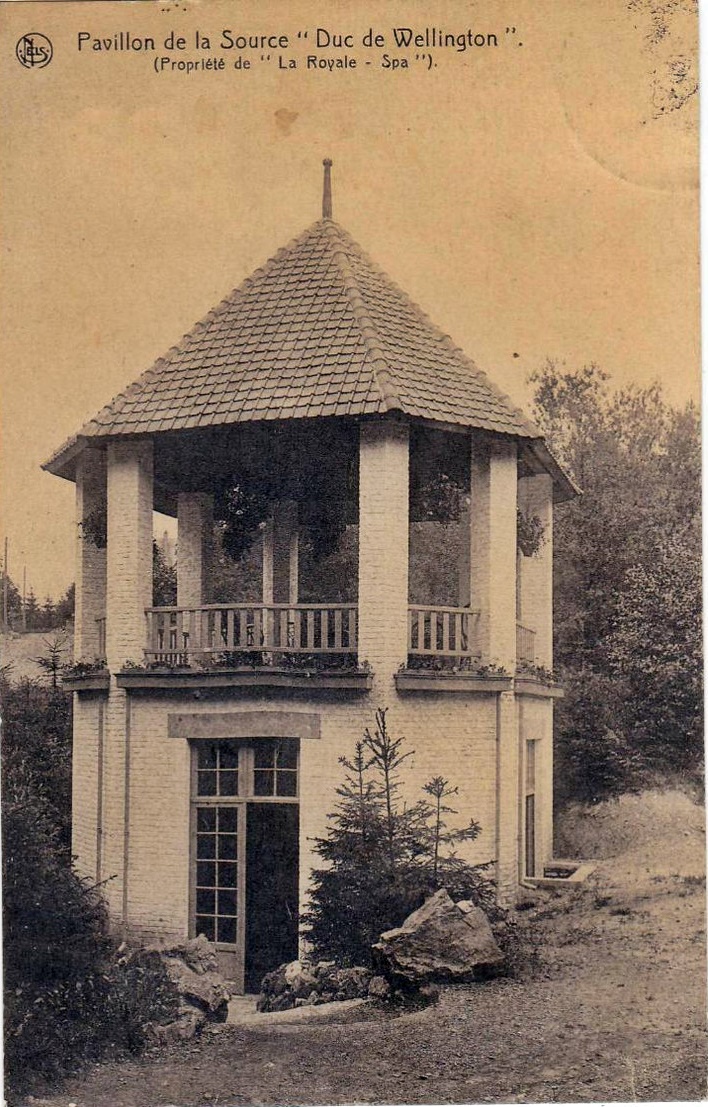 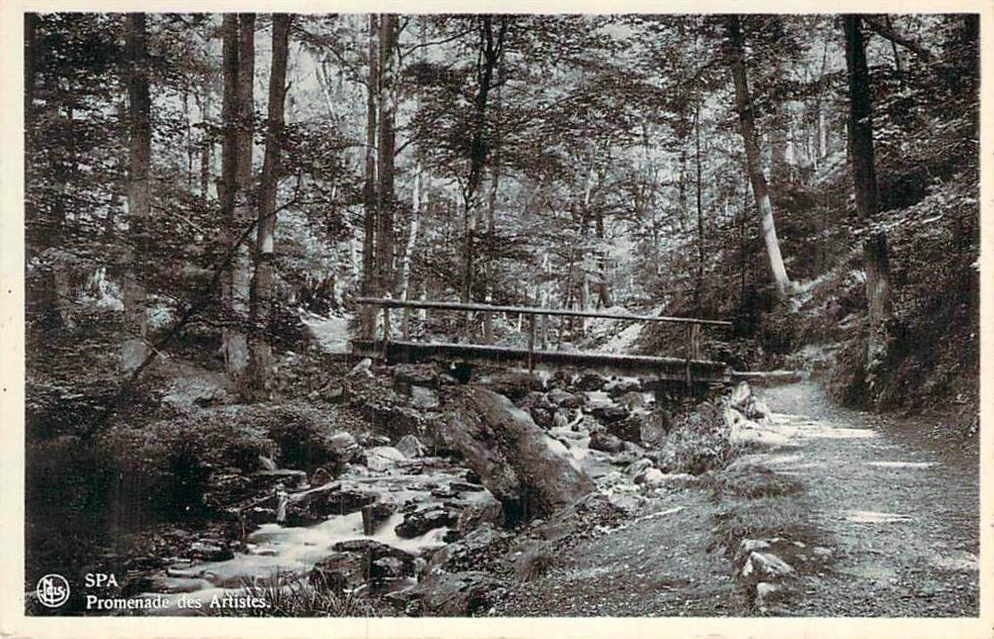 7 WALKS (resolution) consisted of a series of public walks in collaboration with Musée de la Ville d'eaux in Spa (10-19 September 2021). These walks were informed and complemented by a Cabinet de lecture at the Musée de la Ville d'eaux, with archival documents and maps that situated the walks into an historical and socio-economic context

14 November 2021 marks the end of the first phase of the project. To be continued next spring.

The Musée de la Ville d'eaux in the city of Spa (BE) and Jubilee propose 7 WALKS (resolution), a project by artist duo Vermeir & Heiremans and legal philosopher Luke Mason. This first public installment of an extended collaboration between the museum and the artists offers an experimental perspective on the city's rich history of water.

Spa became renowned for its medicinal water as early as the 16th century. Its ferruginous springs not only attracted many visitors, it was also exported internationally. Gradually the city became the so-called 'Café de l'Europe'. Visited by kings and czars, political refugees, artists and philosophers, it was a peaceful haven where a wide range of philosophies, social questions and artistic visions could interact. The 'bobelins', as the locals used to call these international visitors, walked through the surrounding forests, along landscaped paths on their way to the springs. They came to see and be seen, for diplomacy or espionage, and even for the arts. The local painter Antoine Fontaine depicted these illustrious visitors in Le Livre d'Or (1894), a 9 metres wide group portrait spanning four centuries of visitors.

7 WALKS (resolution) draws inspiration from the intangible legacy of historical walkers and, strongly anchored in a local context, invites its participants to explore a balance between private property of and access to resources that we hold in common as a society. Spa offers the project the unique opportunity for a series of itinerant reflections on water and art.

7 WALKS (resolution) consists of a series of public walks in the therapeutical landscape around the city. These walks will inform and complement a cabinet de lecture at the Musée de la Ville d'eaux, with archival documents and maps that will situate the walks into an historical and socio-economic context.

Starting point for all the walks is the Musée de la Ville d'eaux.

Participation in the walks is free, but the number of participants per walk is limited.

Walks are in French or English.

Inscription is required and starts from 16 August 2021.

THE SOCIAL FUNCTION OF ART

7 WALKS (resolution) draws inspiration from the legacy of four centuries of water exploitation. This walk through the city center introduces a number of its central sources and former visitors. They all have walked the city promenades and enjoyed drinking the ferruginous water. Its built environment, monuments and even the street names link the city to its 'intangible heritage', the ideas of philosophers, politicians and artists who lived and walked these places. These residents of Spa had quite different ideas on the social function of art and on the governing of common resources. Apart from Tsar Peter the Great we'll meet painters Louis Gallait and Gustave Courbet, philosopher Pierre Joseph Proudhon, journalist Félix Delhasse and many more.

A CYCLE OF NATURAL AND ARTISTIC VALUES

Spa became renowned for its medicinal water as early as the 16th century. Its ferruginous springs not only attracted many visitors, it was also exported internationally. This walk will take us to the Fagne de Malchamps. The morphology of the Fagne creates conditions for generous rainfall that is absorbed by the peatland. It is the start of a long journey before the water resurfaces in one of the sources that surround the city. Walking towards the Fagne via Promenade des Artistes, the source des Artistes and it’s capture point invites us to reflect on the ecology of art and the water.

One of the most illustrious 19th century residents of the city of Spa was the art dealer Ernest Gambart. Before settling in Spa, Gambart's London business unquestionably pioneered the commercial gallery system as is still in use today. He amassed his fortune by monopolising access to ‘his’ artists. After selling his business Gambart came to live in the Château d'Alsa in Spa where he nurtured his image of a generous Maecenas, inviting artists to come and take the waters at Spa. His art collection at his villa was considered one of the best of Europe at the time, the perfect excuse to invite kings, queens, diplomats,… to parties in the landscaped gardens of the estate. The walk continues along the Promenade Meyerbeer, dedicated to the 19th century opera composer.

One of the most illustrious 19th century residents of the city of Spa was the art dealer Ernest Gambart. Before settling in Spa, Gambart's London business unquestionably pioneered the commercial gallery system as is still in use today. He amassed his fortune by monopolising access to ‘his’ artists. After selling his business Gambart came to live in the Château d'Alsa in Spa where he nurtured his image of a generous Maecenas, inviting artists to come and take the waters at Spa. After his death the estate was cut up in different properties, some of which became ruins, other were refurbished and became a guest house (New Castle) or apartments (Chateau d'Alsa).

One of the oldest sources in the area, the Sauvenière, was already mentioned in 1559 in the treatise of Gilbert Lymborh, describing the medicinal qualities of its waters. Descending the Promenade d'Orléans, dedicated to the Duchess of Orléans who regained her health after drinking the water of the Sauvenière, created yet more fame for the Spa waters. The name of the city became a famous brand name. We pass by the Waux-hall, one of Spa’s main casino's at its heyday.

A NATURAL OR ARTISTIC LANDSCAPE ?

Walking in the forest to one of the sources south of the city only became fashionable in the course of the 19th century. The English landscape garden was the main inspiration for the these walking trails. The Promenade Meyerbeer, developed by the alderman Servais in 1862, will take us from source Barisart all the way up to source Géronstère. Looking like a natural landscape we'll discover numerous elements that actually are constructed as visual references to the operas of Meyerbeer. Sculpted from nature the Promenade Meyerbeer generates opposing questions about the preservation of nature and art.

CAPTURING WATER FROM THE ARTISTS’ SOURCE

Dedicated to the many artists active in Spa in the 19th century the Promenade d'Artistes was inaugurated in 1849. The trail follows the valley of the Picherotte, a small stream that runs down from the wooded hills. At the beginning of the trail we come across one of the many capture points of Spa Monopole, the enterprise that has been bottling and exporting the communal mineral water sources since 1921. A discussion on common property and use rights of the waters extends to one on immaterial goods and services, like the arts.

A CONSPIRACY OF EQUALS IN SPA?
Walk#08_To Promenade Deschanel and Frahinfaz, further to Balmoral, back via Promenade Arago.

Mid 19th century Belgium was hospitable to many French political refugees. Among them we find Emile Deschanel, Etienne Arago, P.J.Proudhon, Victor Hugo, Jules Hetzel, Henri Rochefort, Edgar Quinet and others. They found a friend in journalist Felix Delhasse who hosted many of them in Spa. Delhasse was part of the secret society La Charbonnerie and was a disciple of its founder Filippo Buonarotti. Buonorotti’s text ‘The History of the Conspiracy of Equals’ related the failed coup of Grachus Babeuf in 1796. Babeuf rejected the notion that equality before the law itself was sufficient to define societal equality, and thus placed a strong emphasis on the abolition of private property and on equal access to food. Walking the Promenades dedicated to Arago, Deschanel and Hetzel, we end our walk in Rue Delhasse.

A MONUMENT TO THE CREATORS OF WALKS.

In the 18th century, next to drinking specific amounts of water from specific sources, walking became part of the cures that were offered in Spa. Most of these walks originated in meadows close to the city center, where the bobelins assembled at certain hours of the day. From the 18th century foreign visitors, like Berkely, contributed to the walking practices in Spa by laying out and financing the creation of walking paths in the northern hills overlooking Spa. In the 19th century many walks were created in the southern forests. We pass by the Monument to the Creators of Walks. Our walk takes us via Chemin Reickem to the source Broxhou, one of the so-called lost sources in the landscape around Spa. We continue to the cemetery of Spa, and to a promenade dedicated to Berkely, the designer of the first walking trail in Spa.

PIRACY AND COMPETITION
Walk#10_Prince de Condé to source Wellington, Tonnelet and Marie Henriette, back via Sous-Bois

During four centuries a fierce competition developed to gain a monopoly on the exploitation of the sources of Spa. Our walk will take us to the source Prince de Condé from where we will walk all the way to the abandoned source Wellington, both early competitors with the Compagnie Fermière des Eaux de Spa, Spa Monopole's predecessor. Nearby we pass by Source Tonnelet and Source Marie-Henriette, providing the mineral water for the thermal baths, former and current.