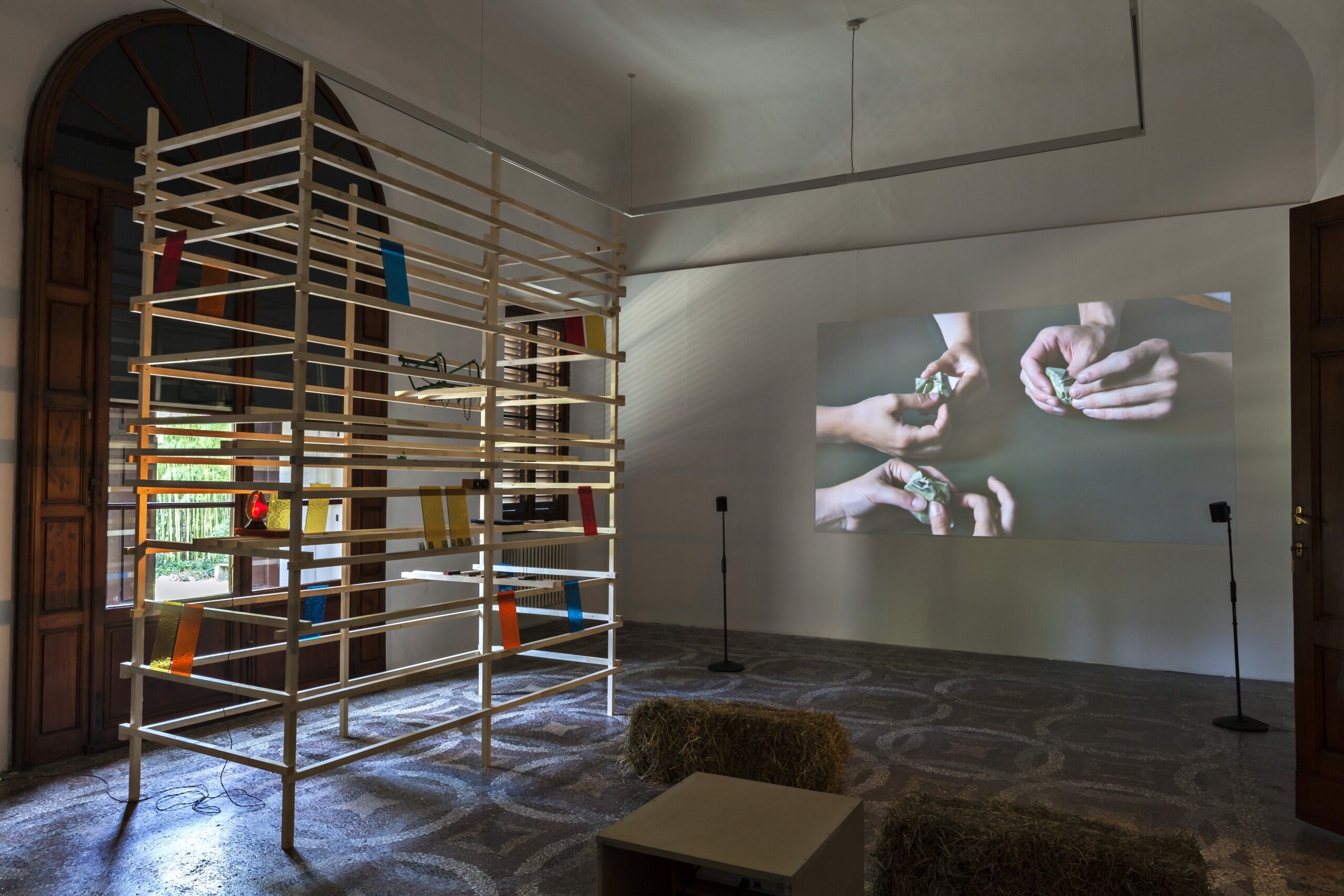 Eleni Kamma's 2012 solo exhibition From Bank To Bank On A Gradual Slope at Villa Romana, Florence is part of The Broken Archive

The Broken Archive brings together artistic projects that investigate the history of and present-day life in the Mediterranean region. The archive is “broken” because the region’s cultural wealth is barely perceived anymore. The Mediterranean region has become a buffer zone between the comfort zone of the North and the conflict zone of the South. The archive is also “broken” because the website is designed not as a canonical archive, but as an open, variable, dense network. A variety of artistic projects is organized into twelve cluster terms. These projects are presented with images, texts, PDFs, and films or trailers on the corresponding artists’ pages. Keywords and a search function offer additional orientation and a range of references.

The Broken Archive seeks to create rhizomatic references across the transcontinental Mediterranean region. Artistic works and texts emerge like archipelagos in search of community, resonance, connection. The Broken Archive is a project curated by the Villa Romana team. As a starting point, it brings together the numerous projects that have been carried out here in recent years. The intention is to develop it in a dynamic and interactive manner and offer a common platform to many other artists and projects to come.

The starting point for Kamma's solo exhibition, whose title is taken from a sonnet by Averardo Genovesi from 1838, is the film Georgofili, a 27-minute HD film produced in 2012, for the purposes of which Kamma conducted research during her residency at the Villa Romana as an international visiting artist in 2010 and 2011. Georgofili assembles different 'voices of Italy' throughout the ages. The old genre of Tuscan Contrasto verbal duels, in which the performer-poets Emilio Meliano and Realdo Tonti use their arguing skills to debate the politics and morality of contemporary Italy, is confronted with the historical educational dialogues from the age of enlightened despotism, performed and commented by the young Italian actors Lavinia Parisi and Marco Rustioni.

The exhibition From Bank to Bank on a Gradual Slope stages the premiere of the film among a selection of found objects placed on shelving structures developed specifically for the rooms of the Villa Romana in collaboration with the Belgian architect Breg Horemans. Windows and doors of the main exhibition rooms are projected along their own axis, up to the point where they intersect. These crossing points shape the outline of the flexible and adjustable shelving structures.