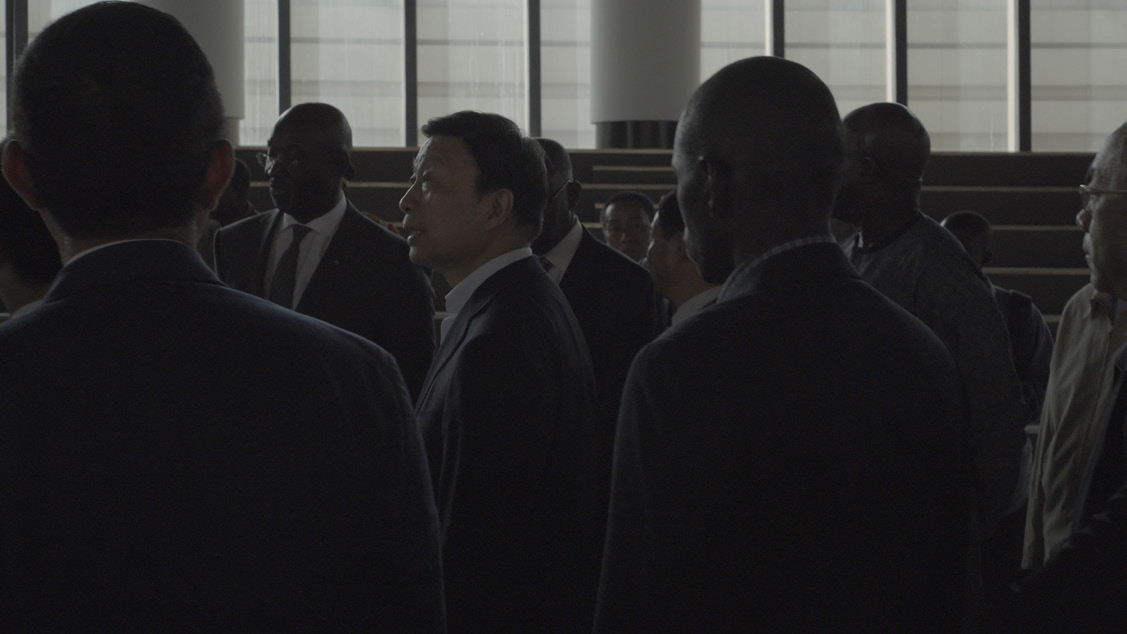 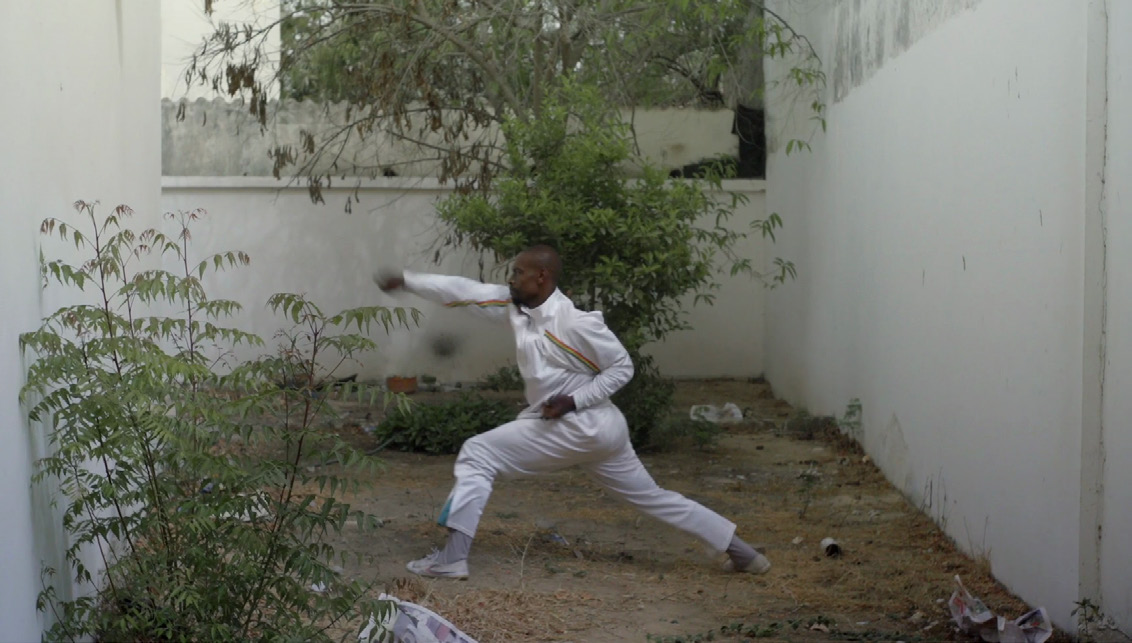 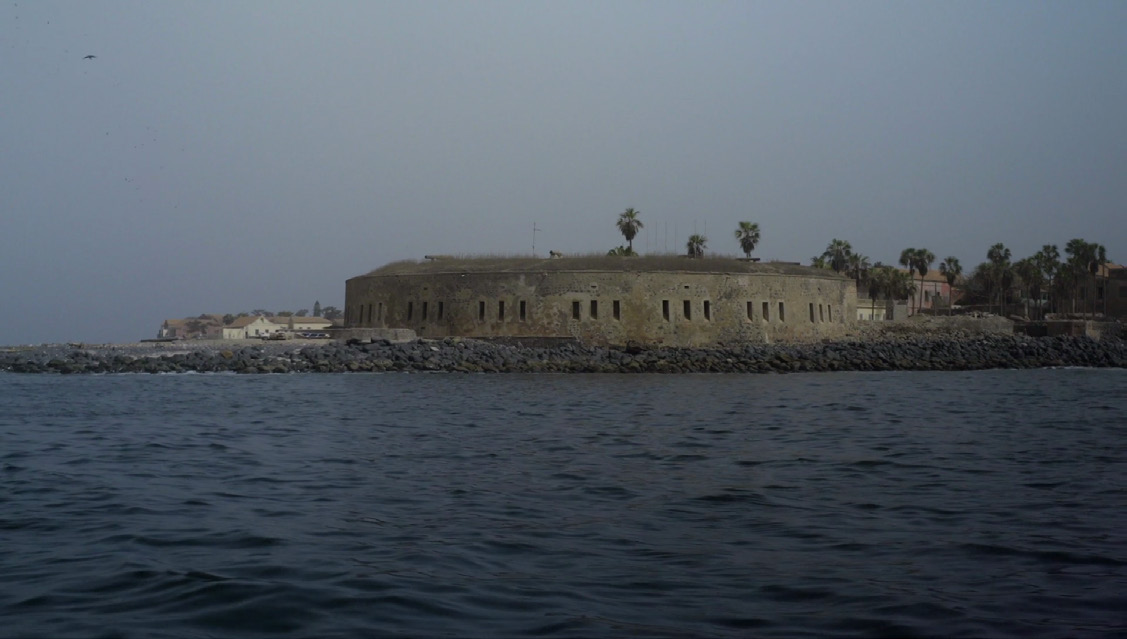 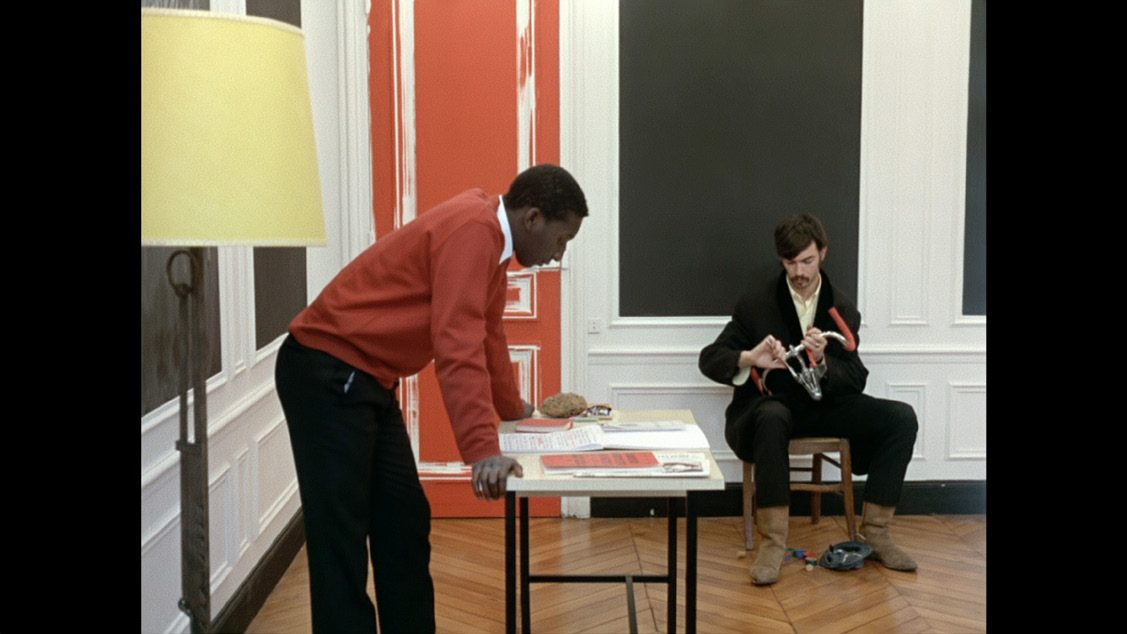 Juste un Mouvement  is a free take on La Chinoise, a Jean-Luc Godard movie shot in 1967 in Paris. Reallocating its roles and characters fifty years later in Dakar, and updating its plot, this new version offers a meditation on the relationship between politics, justice and memory. Although not alive anymore, Omar Blondin Diop, the only actual Maoist student in the original movie, now becomes the key character.

Shot exclusively with non-professional actors and including Omar Blondin Diop’s brothers and friends, everyone in this film performs themselves:  a filmmaker, a rapper, a poet, a Chinese worker, a Shaolin master, a Senegalese intellectual, the Minister of Culture of Senegal and the Vice President of the People’s Republic of China.

In France, Omar Blondin Diop is remembered as a Black Marxist militant from the Nanterre Faculty appearing in La Chinoise, a groundbreaking Jean-Luc Godard movie from 1967 about the influence of Maoism amongst students. In Senegal, Omar’s name is still synonymous with May 68’s youth rebellion, while also regarded as an unresolved death in custody. Here and now he is still commemorated by his brothers and relatives while the local Dakar youth deal on its own terms with the presence of China.