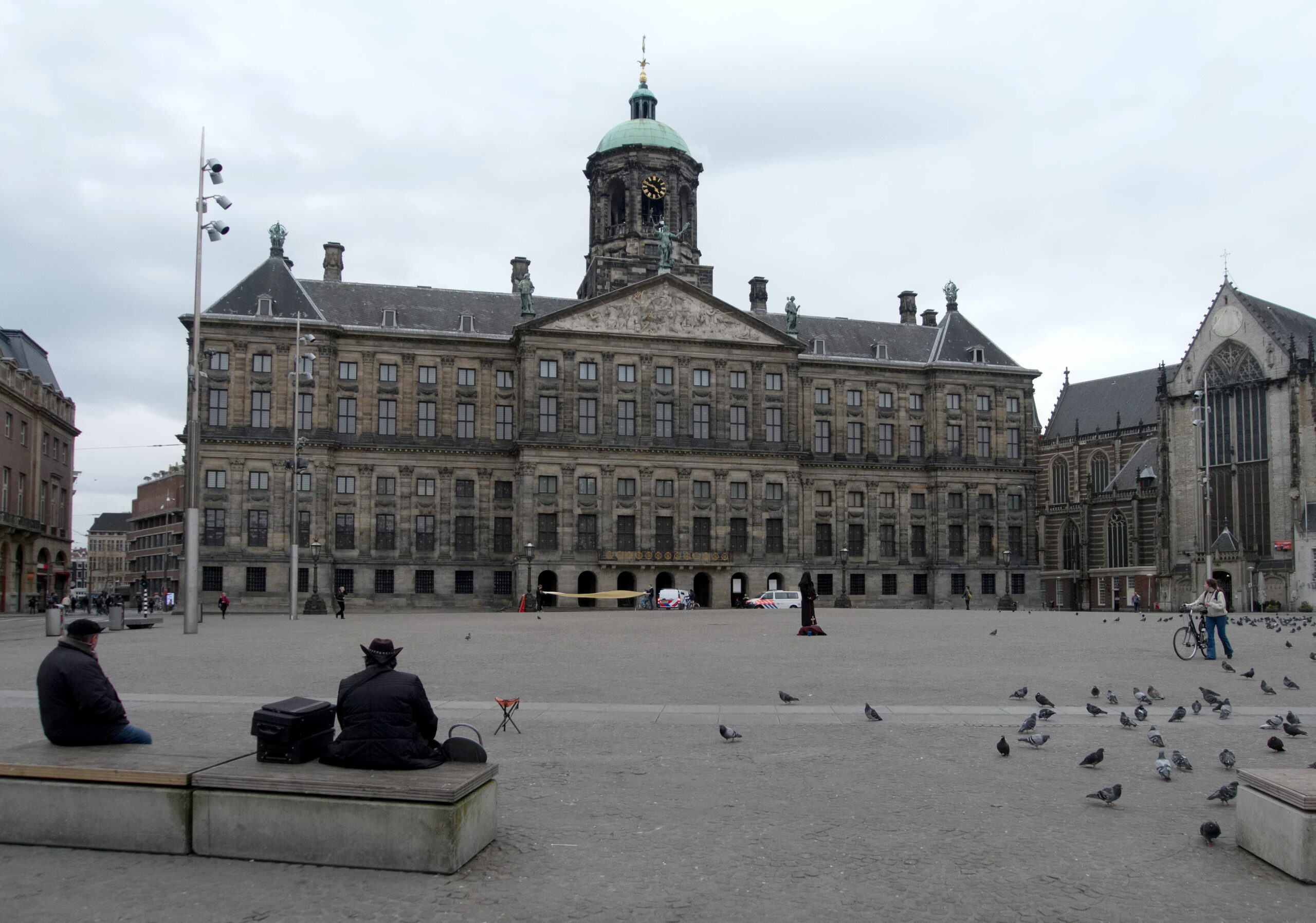 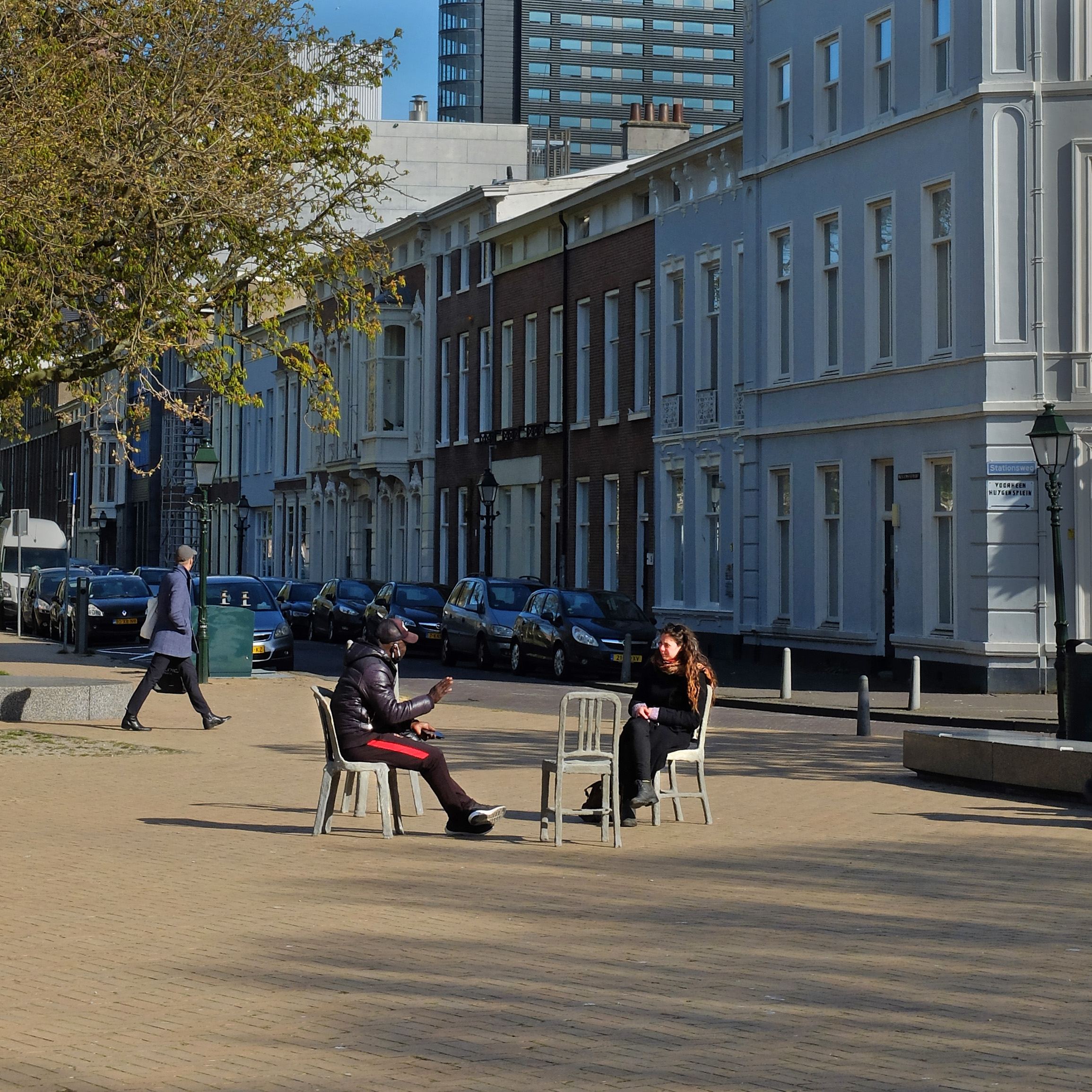 Listening in the time of Corona

Has the sound of our environment changed during the last year, or is it our listening that has changed?

If the press is to believed, many people noticed that they could hear better during the lockdown. They reported hearing birds that they'd never heard before, being able to hear clearer and further than normal. Was it the grounded aeroplanes? the lack of commuter traffic? Were more birds inticed into the inner cities, now that it was quieter? Did the virus re-calibrate our ears? Or did we just have more time to listen?

First of all, we have to ask where were we listening? Most of these reports came from European or American cities. In Den Haag for instance, I noticed a difference quite quickly. A blackbird started singing in our courtyard, which caused conflicts with the usual pigeons, magpies and crows. They would fight in the evening about which branch they were going to sleep on. Occasionally a flight of parakeets would scream by. It seemed unusual, but then again: It was spring. And I had time on my hands to listen. My classes had been cancelled. Some of my collaborative projects were on hold.

At some point my colleague Roelf Toxopeus from the group BMB con. suggested that we not only document the sounds of our direct environment (which we were doing) but that we revisit some places in the countryside that we'd previously recorded or performed in. To see if we could hear the difference. The absence of aeroplane noise was immediately very obvious. But our first recording session of wood and water birds by the river IJssel was within seconds disturbed by a farmer starting to mow a nearby field. Outside the Randstad, we realised, life was going on almost as normal. The farmer can't work from home.

Which leads me to my second question: Who was listening? I read recently a comment in a UK newspaper that "there hadn't been a lockdown at all - The middle class had isolated themselves in their homes while the working class carried on getting up and going out to work in factories, bakeries, farms and supermarkets, delivering food and other goods as well as caring for the sick." The working class, the precariat, didn't have time to listen. They couldn't afford to listen.

So is being able to listen then a position of privilege? A family, forced to work at home with two kids also home schooling doesn't have much time to contemplate the beauty of the new soundscape. In fact they might be annoyed at being able to hear their neighbours through the walls who are in the same situation. And how about the soundscapes of rural Asia, or urban Africa?

As well as articles in the press, there have been a number of initiatives which seek to document the changes. For an overview see Meri Kytö's useful list.

Which brings me to another point. So much of our listening in this period has be mediated. Of course when we work with recording there's always technological mediation happening, but during the pandemic most of the conversations, sharing of music, even live performances have been perceived via microphones loudspeakers, headphones and streaming channels. How has this influenced our listening, or our music making for instance?

I decided that it would be interesting to talk on this subject with some colleagues who are all in their own way "professional listeners" and busy with sound, space and society.

Justin Bennett is an artist and musician based in The Hague, and a founding member of Jubilee. He works with audio-walks, storytelling and spatial audio. With the performance group BMB con. he made a series of recording projects during lockdown. http://justinbennett.nl

After she graduated in Theatre, Film and Mediastudies at the University of Amsterdam Renate Zentschnig made a career as a theatre director. In her documentary and mostly site specific theatre performances she worked with participants from outside theatre and presented their own personal stories. In 2002 Zentschnig got involved in the field of soundart. She made some highly acclaimed sound walks and sound installations in public space in collaboration with soundartists. In her sound works she uses voice (texts, interviews) environmental sounds and composed sounds to add new layers to reality. In 2009 she founded Soundtrackcity to explore and foster the sound walk in urban settings as an art form. Soundtracity invites artists from different backgrounds, architects and urban planners to work together.

Flavien Gillié is a musician and sound recordist based in Brussels.
He is an adept of the relationship between place, voice and memory, and has always been interested in the drone aspect of the sound environment in the city.
He reworks his recordings and elaborates soundscapes that he represents in the form of concerts or installations.

He works with the social-artistic sound project BNA BBOT and has contributed many recordings to the Radio Aporee Corona project.

Els Viaene started her work as a sound artist / field recordist in 2001. With a set-up of two small microphones she listens, zooms into and enlarges the aural landscapes surrounding us. The natural rhythms and textures of the sounds hidden in those landscapes form the basis of her work. Working on these sound materials for performances, sound compositions or installations she makes the listeners travel in imaginary and organic environments. Through the specific use and set-up of sound within a space, her installations create new spaces within existing ones, either emphasizing or making dissapear the physical borders of that space. In doing so, she often plays with the notions of seeing and hearing, the perception of what we see and hear and how both interfere.