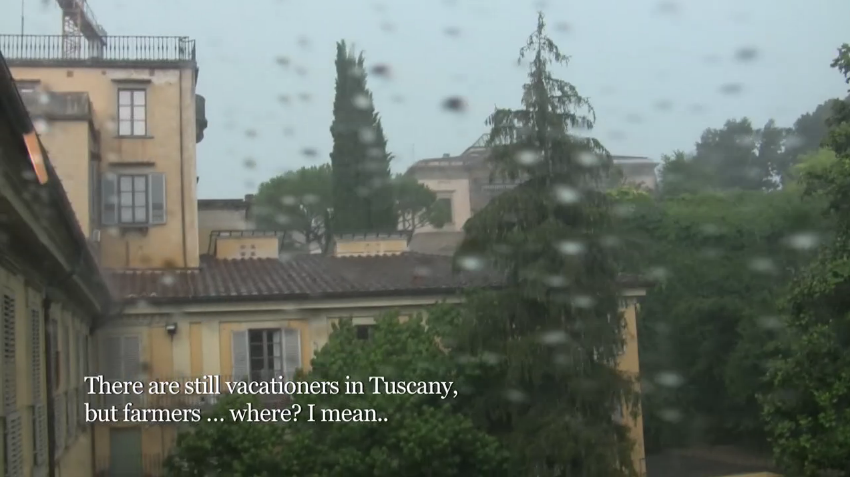 Art is always public: an artist's film each week

Villa Romana, Florence is hosting an online film programme in order to continue their public activity and support of artistic production. Since March 18th they have been sharing artist's films which have been produced in or around Villa Romana in recent years or were shown there on a weekly basis.

The geographic location of Tuscany is characterised by a complex set of relations between spectacle, economy and landscape, from the age of the Medicis, to the period of Enlightened Despotism, up to the present day. Georgofili assembles various 'voices of Italy' throughout the ages.  The old genre of Tuscan Contrasto, verbal duels in which street poet/performers use their arguing skills to debate the politics and morality of contemporary Italy while calling attention to contradictions, meets the historical educational dialogues from the age of Enlightened despotism, performed and commented on by today's young Italian actors. Georgofili explores the notion of history as a loop that keeps on restarting, although each next repetition can never be fully identical to the previous one.

Georgofili is part of Kamma's overarching research project The Travelogues.