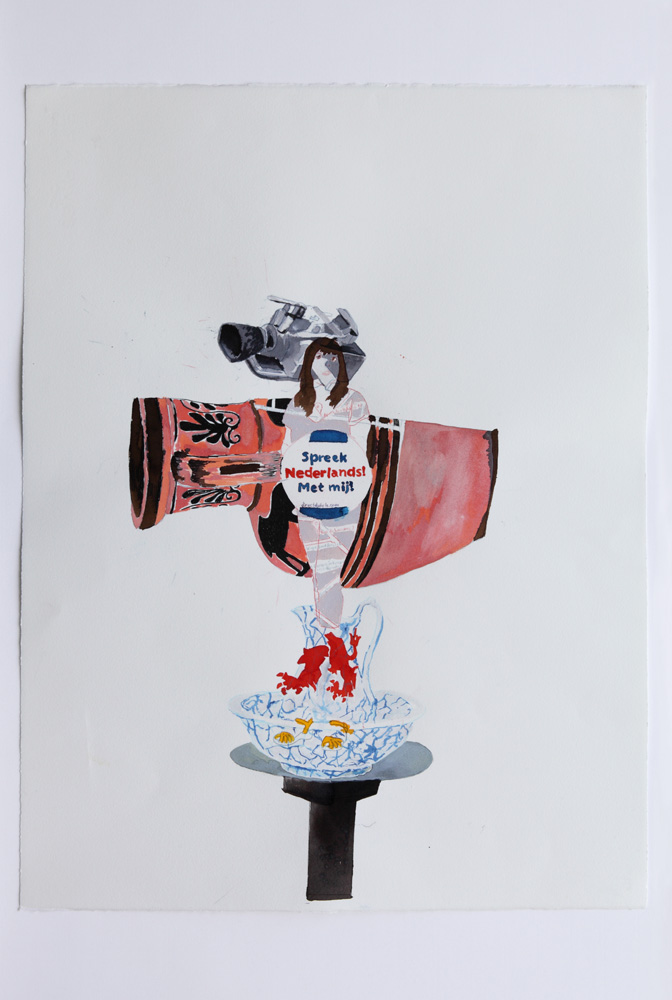 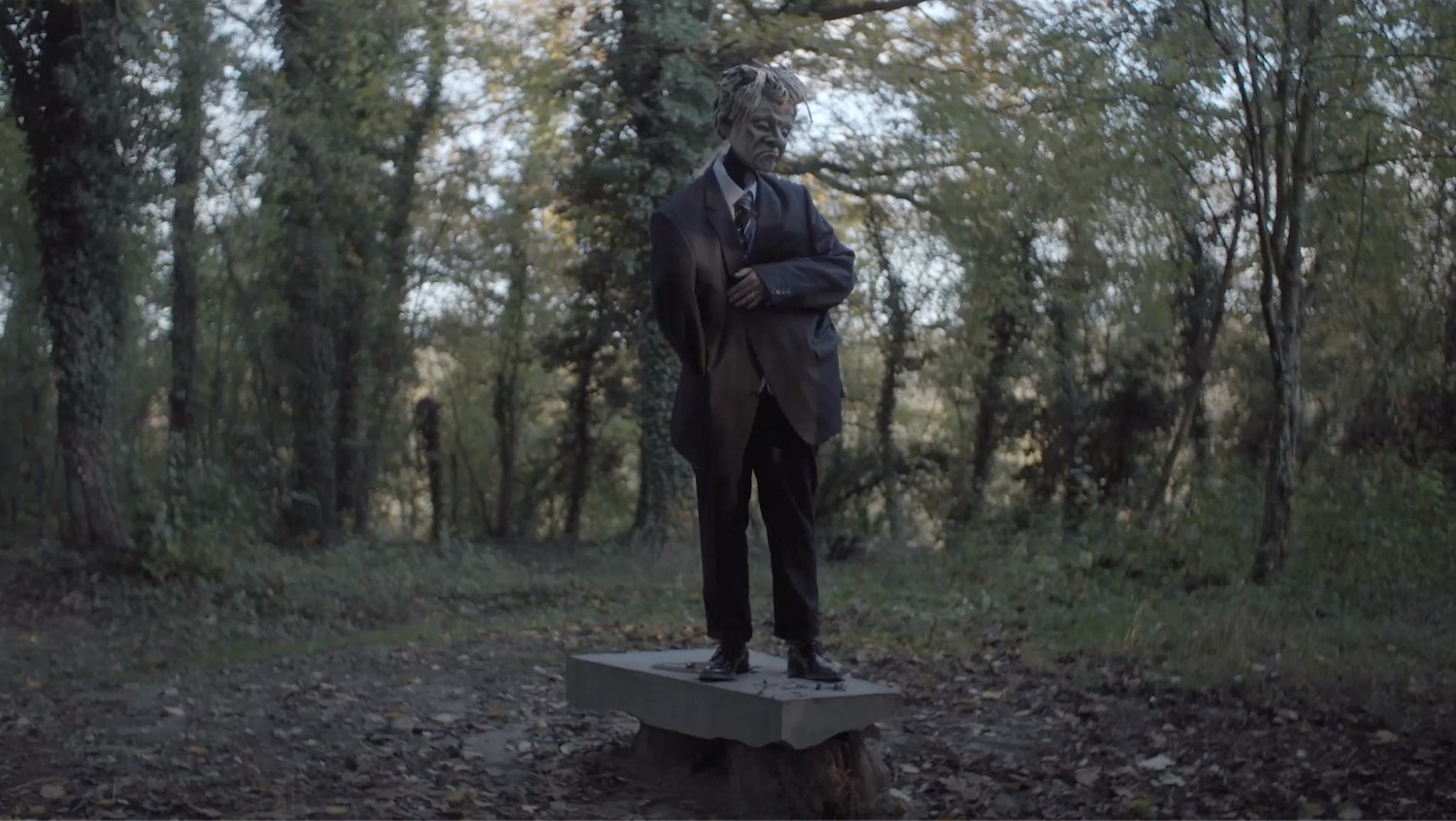 Casting Call: How does a European politician save a refugee from drowning?

Open on weekdays from 9-17h

Would it be possible for local and traditional European forms of parrhesiastic theater—by which Eleni Kamma means events, actions, and performances staged by characters who courageously speak their minds through scenes of excess and laughter, that take place in public view and incite the spectator’s agency to speak their own minds—to relate to and/or provide new insights for critical artistic practices today? If so, how? What is the place and role of caricature today?

Casting Call (2016-ongoing) is a series of related attempts, events and manifestations. It playfully explores conditions for politics being possible in the public space today through collaborative developments in an artistic, performative framework. Kamma calls this process a parrhesiastic theater parade. The parade develops halfway between a cultural allegory of contemporary Europe and an invocation of a community of old parrhesiastic laughers. It is an invented genre of theatricality whereby events, actions, performances are staged by twenty-five distinct characters-types, such as The Fool, The Animal, The Drunk, The Angry, The Collector of Proverbs, etc. These characters-types test the possibility of courageously voicing their opinions through scenes of excess and laughter. In doing so, they use commissioned texts and sketches on community-related concepts that create disagreement: Democracy, Prosperity, Solidarity, Europe, Languages, Migration, Pluralism. Kamma borrowed these from BELvue Museum, which uses them to reflect on Belgium and Belgian society.

The scenes take place publicly and effect the bystanders’ agency to speak their own minds. Speaking in the name of who? Who is the proper comedian? The title’s ‘casting call’ works both as a reference to the preparation for a film or theatre production and as an invitation to inclusivity. Casting laughter, like casting a vote, amounts to an act of, process and a call for, participation.

In Migratie (9min 26sec), humans and puppets come together to tell a parable on Migration by Flemish writer, director and performing artist Pieter De Buysser. The performers wear masks, distorted reproductions of their own faces. Interactions between puppets and humans serve the purpose of doing things that would be outrageous/not allowed in real (i.e. setting a politician on fire). All this creates a very weird, alienating effect, increasing its impact for the viewers. The exaggerated game between reality and imagination opens up further possibilities on how to act. Using the detour of the imaginary and the artificial to be able to speak directly, might be a better strategy for relating film as a construction to parrhesia.

The ACPA Exhibition Space, located in the basement of the P.J.Veth building, is conceived as a platform to exhibit work by ACPA´s Artistic Research PhD candidates and alumni. As PhDs in ACPA carry out research 'in' and 'through' their artistic practices, these works are an integral part of the developing body of work that constitutes their doctoral research.
Every three months the work of a different PhD candidate will be exhibited.

The exhibition space can be reached through the main entrance of the PJ Veth building - located at the backyard of the Academiegebouw, Rapenburg 73 - by taking down the main stairs towards the basement.