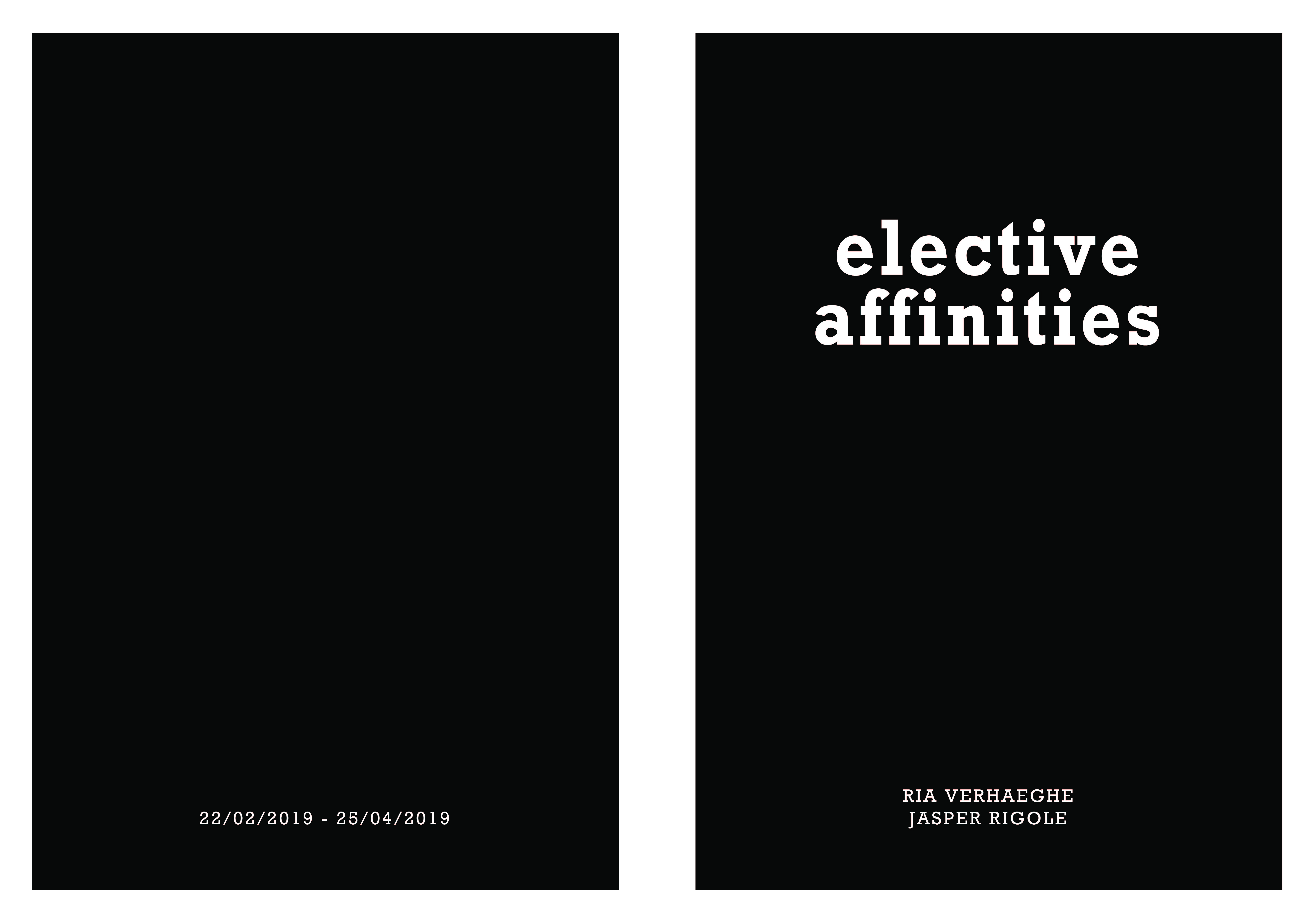 The fifth edition of Elective Affinities, a collaboration between the artists Jasper Rigole and Ria Verhaeghe created at the state archive in Bruges, will be presented at Ghent Art Book Fair.
11 – 12/05/2019

Elective Affinities is a project started in 2012 in collaboration with Egon Van Herreweghe. The project is inspired by the visual associative methodology de­veloped by the German art historian Aby Warburg in his Mnemosyne Atlas. In each “edition” of this project, two artists use a photocopier to create various visual ensembles based on a supply of found imagery. A temporary studio is set up for this purpose where the images can be col­lected, combined and finally reproduced. By setting up a temporary studio in public space with each new edition, the creation process is made visible to visitors and passers-by, while enabling frequent visitors to witness the evolution of the project in a direct way.

In the process, a visual dialogue develops in which the artists react to each others proposals by adding images and revising existing ensembles, or by following lines that emerge in the course of the process. Since the interpretation of these actions does not turn into a verbal discourse, it creates room for an intuitive process that facilitates rapid, direct interaction. At the end of the project, the image ensembles are reproduced as a magazine. The num­ber of copies of the magazine is identical to the number of pages created.

The fifth edition is a collaboration with artist Ria Verhaeghe and is created at the state archive in Bruges.

More information on the website of Ghent Art Book Fair