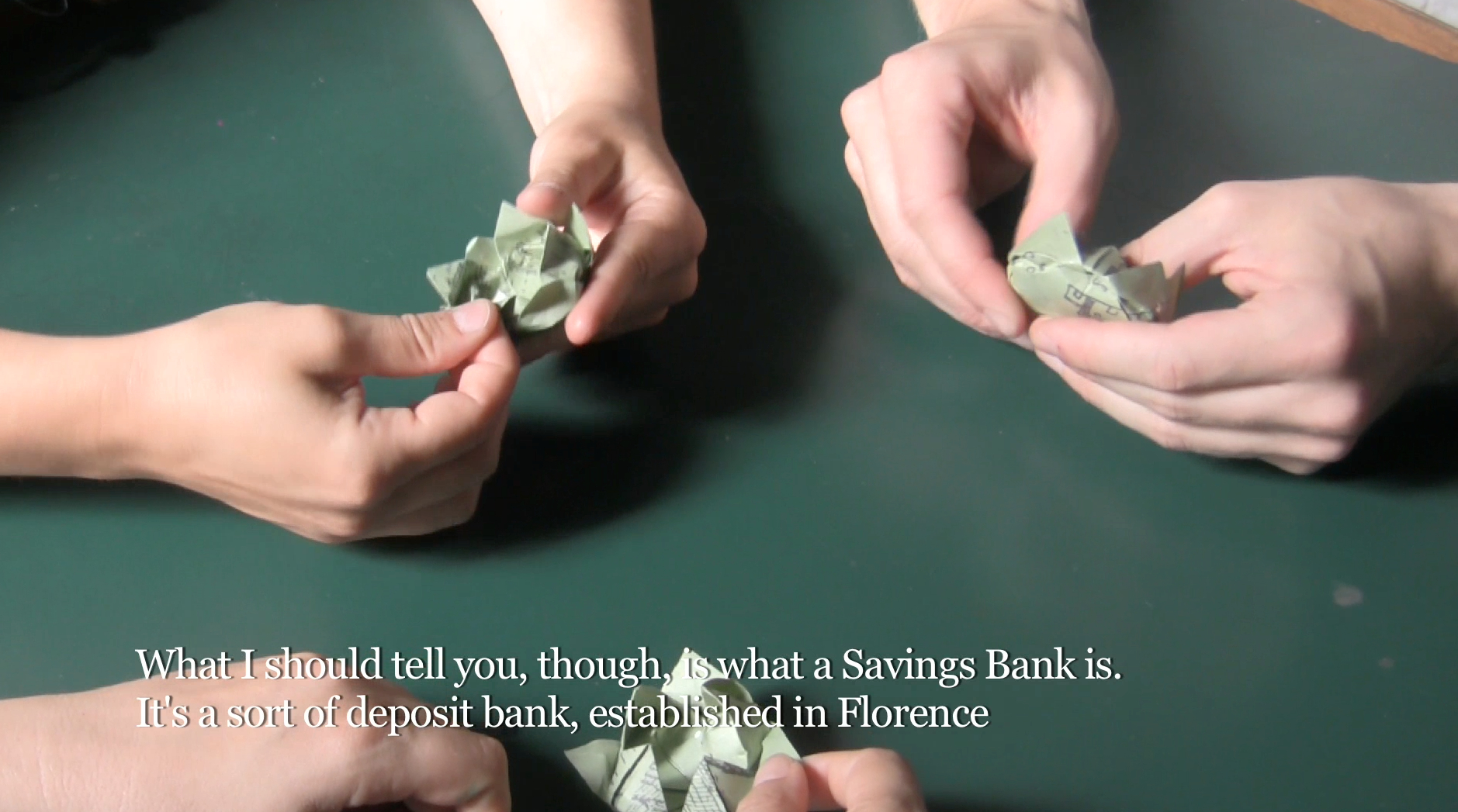 IN SITU: OUT OF PLACE

Every year, a large number of international artists are invited to the Villa Romana in Florence. Villa Romana Fellows live in Florence for ten months, while invited guest artists either stay in the city for several months or spend a few days there for an exhibition. Over the years, many of them have also filmed in the city and the region. We will be showing a selection of these films in cooperation with the Fondazione Architetti (FAF) on 16 March at the Palazzina Reale, which was built by Giovanni Michelucci in 1935.

The first evening's seven films focus on various historical, political and social contexts and questions of artistic narration. However, the films also show that Florence and the IN SITU environment continue to be a place of international artistic production. The second part of the program, OUT OF PLACE, concerns reflections of urban realities and architectural storage spaces around the world. New films by Loretta Fahrenholz and Clemens von Wedemeyer will be presented for the first time in Italy. These two artists, like Nico Joana Weber and Ei Arakawa, have lived and worked in Florence as Villa Romana Fellows.