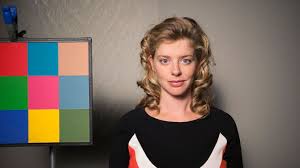 LILI by An van. Dienderen

How we made it happen

Workshop by On & For productions with a presentation of Yar bana bir eğlence (Oh, for some Amusement!) by Eleni Kamma

On & For Production is an initiative by Auguste Orts committed to addressing the specific conditions, requirements and discourse surrounding the production of artists’ film in both practical and conceptual terms. Two years after the pilot edition of On & For Production some of the projects that were supported by this initiative are being completed and are reaching their first audiences.

This workshop is aimed at disclosing the long route between the first sketches of an artist film and its release. Taking works by Beatrice Gibson, Eleni Kamma and An van Dienderen as case studies, the artists and their producers will go through the various stages, challenges and collaborations that their film productions went through.

The session, including the screening of the three short films, is intended to develop as a horizontal conversation in which the speakers and the audience will get a chance to share concerns, strategies as well as available and lacking means when it comes to making a film happen.

YAR BANA BIR EĞLENCE: NOTES ON PARRHESIA, Eleni Kamma, 2015, 38min
Presented and discussed by the artist and Katrien Reist (producer, Jubilee)
During her residency in Istanbul in 2013, Kamma witnessed the civil protests in Taksim Gezi Park. It struck her that a clear link could be made between the way in which the public space is currently taking a new shape and how it did so in the Ottoman era: through ‘parrhesia’ and political satire, public participation and humour.

LILI, An van Dienderen, 2015, 11min
Presented and discussed by the artist and Natalie Gielen & Steven Op de Beeck (Producer Contour Mechelen)
China Girls, used in cinema history since the 1920s, are women with Caucasian skin who are filmed alongside a color-chart in order to adjust the colours of the film. Lili questions the tradition of China Girls, contextualised in a society which, according to anthropologist Michael Taussig, exemplifies chromophobic uneasiness with color.

ELENI KAMMA (b. 1973, Athens) investigates possibilities for a future architecture that rejects binary oppositional systems of thought in her books, drawings, videos and installations. Her most recent body of work calls into question the formation, distribution and division of knowledge and experience. Kamma’s interest lies in narrative representations of transformation and her practice is informed by the inherent gaps and contradictions within existing cultural narratives and structures. These gaps or contradictions concern issues of memory, authenticity and identity. She lives and works in Brussels and Maastricht.
Eleni Kamma presented her project, Yar bana bir eğlence. Seven notes on parrhesia with Jubilee as part of the April 2015 edition of On & For Production.

NATALIE GIELEN worked for Contour between 2009 and 2014. Since 2015, she is coordinator of the artist-run organisation Manyone, initiated by artists Sarah Vanhee, Mette Edvardsen, Juan Dominguez, Alma Söderberg plus herself. Manyone is a support structure, a scaffold, helping to organize the work of the artists in a sustainable manner and in accordance with the reality of each individual practice. It is a collaborative structure that maintains the autonomy of each artist. Manyone is based on the idea of solidarity, shared affinities and a desire to connect and support each other.

STEVEN OP DE BEECK is Director of Contour Mechelen, an organisation dedicated to art being  made in the moving image. Every two years, Contour Mechelen organises a Biennial of Moving Image, also known as ‘Contour’, the project for which it has become best known. The biennial offers a platform to curators and artists working with different forms of moving image, from film and video to installation. The biennial also stimulates a dialogue between contemporary art and architecture in the city of Mechelen. In addition, Contour also instigates and produces public projects and installations.

KATRIEN REIST is a curator, art worker and the coordinator of Jubilee, a Brussels-based platform set up in 2012 by the artists Justin Bennett, Vincent Meessen, Katleen Vermeir, Ronny Heiremans and herself. In 2014 the artists Jasper Rigole and Eleni Kamma joined the organisation. Jubilee is a cooperative structure that supports art practices that develop out of long-term and cross-disciplinary (audio-visual) artistic research. Jubilee seeks to develop sustainable models of research, development and production in which individual practices find space to grow according to their own logic. Reist was administrative director of Extra City Kunsthal in Antwerp from 2008 to 2012, and previously lived in Switzerland, where she worked as a visual arts curator and artistic director of various residency projects.

AN VAN. DIENDEREN is a filmmaker graduated in audiovisual arts (Sint-Lukas, Brussels), obtained a PhD in Comparative Cultural Sciences (Ghent University), and was a visiting scholar at UC Berkeley. She made several documentaries screened worldwide, awarded with (inter)national prizes. Films include Visitors of the Night ('98), Site ('00), Tu ne verras pas Verapaz ('02), The Ephemerist ('05) Patrasche, a Dog of Flanders - Made in Japan ('08), Cherry Blossoms (’12), Letter Home (’15) and Lili (’15). She regularly publishes on visual/performative anthropology, is a lecturer at the School of Arts Ghent, and initiated the international art workspace SoundImageCulture, which helps artists to develop projects in the bordering zone between documentary, anthropology and visual arts. Her work has been shown on the Margaret Mead Film and Video festival (New York), FID Marseille, DocFest Sheffield, Belluard Festival (Fribourg), DMZ Korea International documentary festival, International Short film Festival Oberhausen, FIDOCS, Festival Internacional de Documentales de Santiago, International Filmfestival Rotterdam, etc. An van. Dienderen presented her project, LILI, with Contour Mechelen as part of the April 2014 edition of On & For Production.

LILI by An van. Dienderen