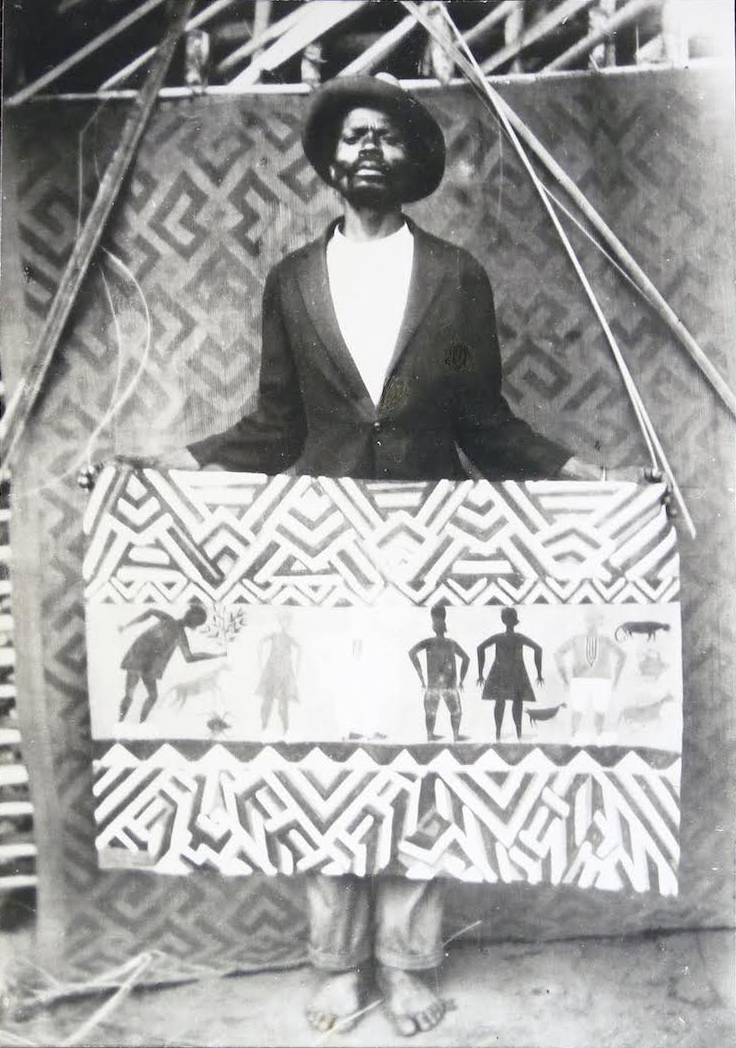 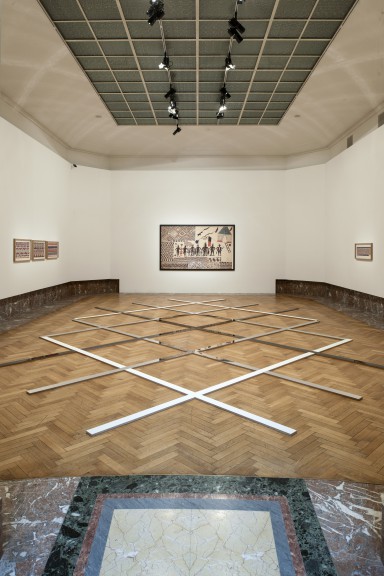 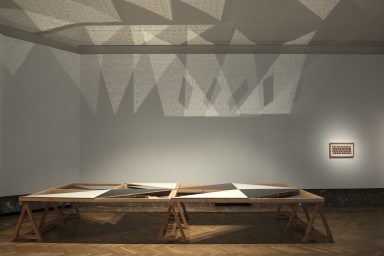 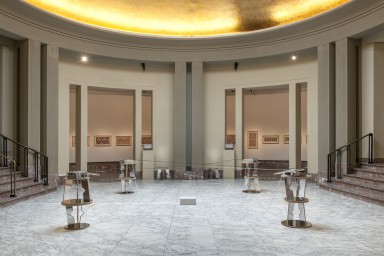 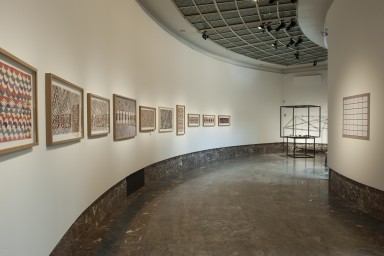 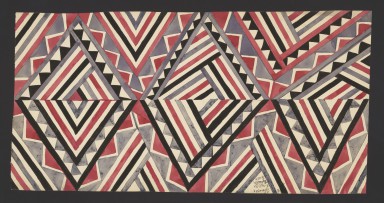 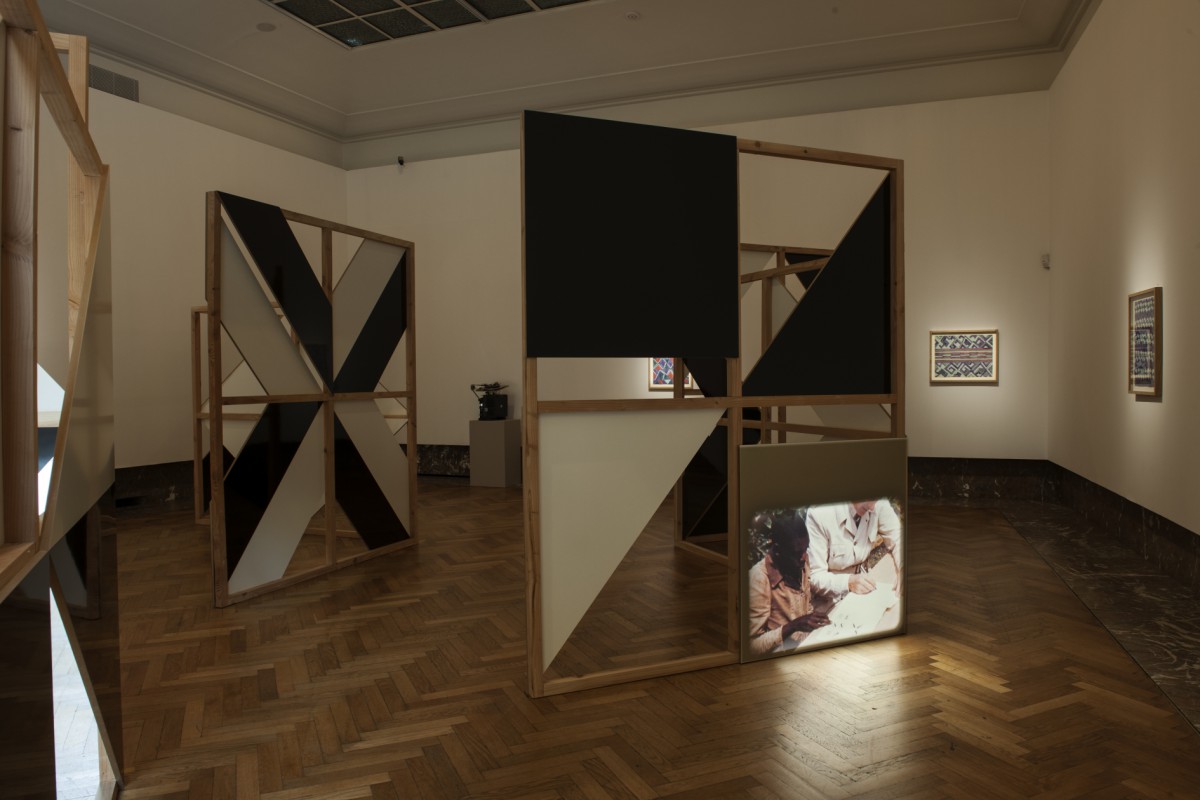 An exhibition by Vincent Meessen

Following exhibitions at at KIOSK (Ghent, 2013) and Kunsthalle Basel (2015), during the Summer of 2017 Vincent Meessen showed the third version of his duo exhibition Patterns for (Re)cognition with Tshela Tendu at BOZAR. In this exhibition-in-exhibition, the artist looks at a gap in the modern art historiography of Belgium and the Congo. Acting as artist in duo with guest collaborators (Muriel Gerhart, Pierre Huyghebaert, Kris Kimpe, and Aurélie Nyirabikali Lierman), he creates a para-curatorial context with modular structures, 16mm films, 19th century objects and a sound installation. Together these serve to reassess the singularity of the abstract watercolours of Tshela Tendu (aka Djilatendo, Congo, circa 1880-1950) within an expanded modernist heritage. Although this Congolese painter exhibited in Brussels, Paris, Rome and Geneva in the early 1930s, his work was subsequently forgotten. Focusing on the abstract work of Tshela Tendu, this exhibition contributes to the critical  interest Tshela Tendu’s work deserves.

Besides this series of exhibitions, the publication Patterns for (Re)cognition has been published (2017) by Snoeck Publishers and BOZAR Books. Edited by Vincent Meessen, the publication contains a catalogue raisonné of the abstract works of Tendu as known today, and dialogues with artist/curator Toma Muteba Luntumbue, publisher Guy Jungblut, curator Elena Filipovic, ethnohistorian Jan Vansina, and art historian Yasmine Van Pee. The book was presented featuring a round table discussion on 8 September 2017, with Morad Montazami discussing the themes broached in the exhibition and publication together with Vincent Meessen, Toma Muteba Luntumbue, Yasmine Van Pee, researcher-curator Bambi Ceuppens, and art historian Kathrin Langenohl.