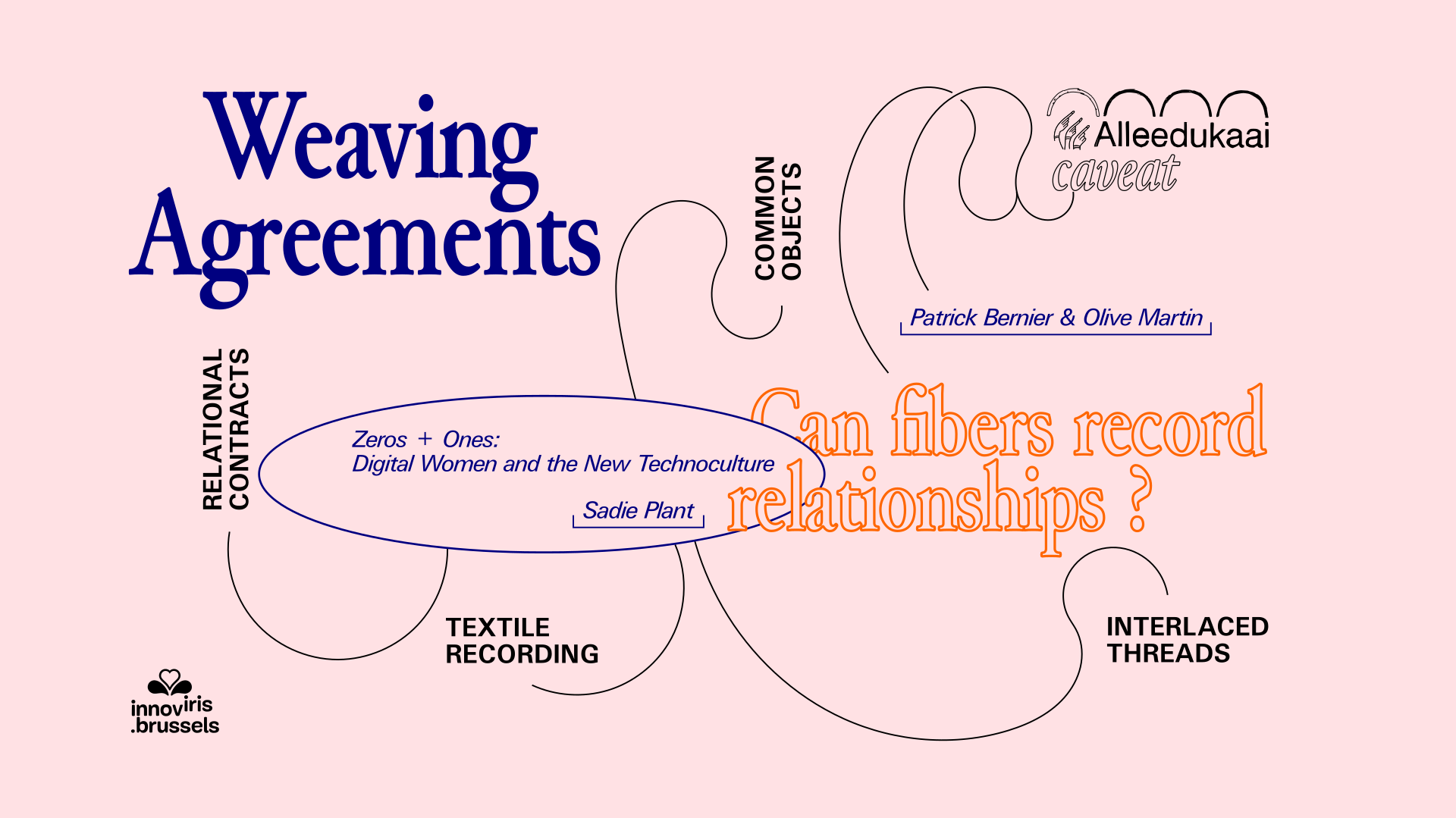 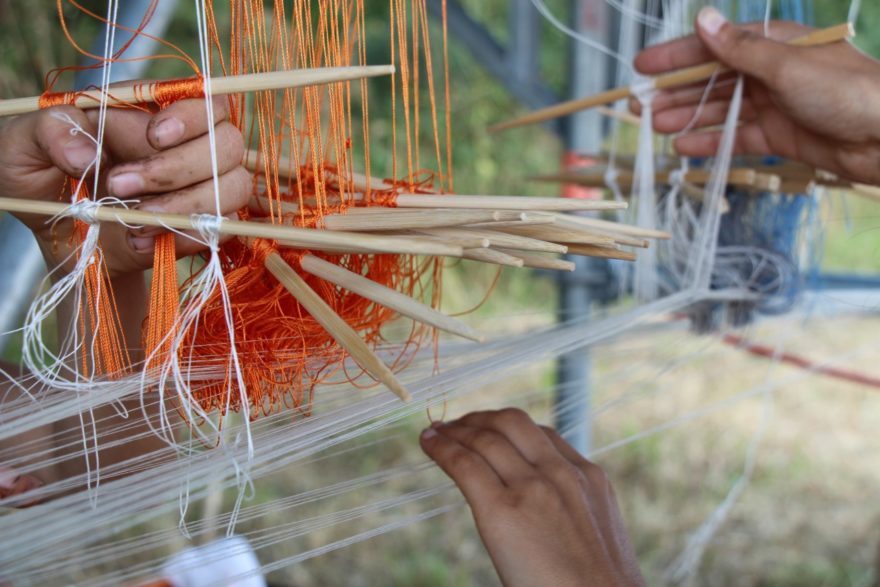 Patrick Bernier & Olive Martin propose a collective research into weaving. They approach weaving as a means to record a conversational collective agreement. Together with Caveat, Allee du Kaai, and passers-by, the artists will collectively ‘weave an agreement’ that links their research to Caveat.

On the evening of 26 June, Caveat will organise Reading Room #9, where we will collectively read and discuss texts selected by Patrick Bernier and Olive Martin. Read more

Patrick Bernier and Olive Martin have worked collaboratively for over a decade, developing a varied body of work that combines writing, performance, installation, photography and film. Throughout the years, they have developed a particular string of interests: migration, rights, colonial history, games, onomastics, weaving, etc. Their projects explore the issues of hospitality and hosting, as well as the porousness of identity. The works are nourished by open collaborations with storytellers, lawyers specialised in author and foreigner rights, an American auctioneer, chess players, and more recently, weavers. Bernier and Martin are currently developing a specific research that focuses on the circulation of cultural products on a global scale while problematising the question of the global transmission of knowledge and techniques.

Motifs as Contracts or Agreements

The interest in working with patterns or motifs was fuelled by the Native American wampums, and the Two Row Wampum Treaty belt in particular, brought forward during a presentation by Kenneth Deer, representative of the Mohawk nation, in the UN Permanent Forum on Indigenous Issues. Wampums are belts made of beads woven by several nations in North-East America for sacred, diplomatic, or monetary purposes.

The Two Row Wampum, two rows of purple beads against a background of white beads, is offered during diplomatic meetings in order to formalise peaceful coexistence upon a land, therefore establishing the conditions for the peaceful coexistence of different communities on the same territory.

In those circumstances, the patterns were codes representing the outcome of the talks.

Stemming from another juridical fiction (which has nevertheless proved to exist in the past) in which a woven contract could be recognised as legally binding, they are working on configuring new woven graphics influenced by all these motifs existing and travelling on the globe.