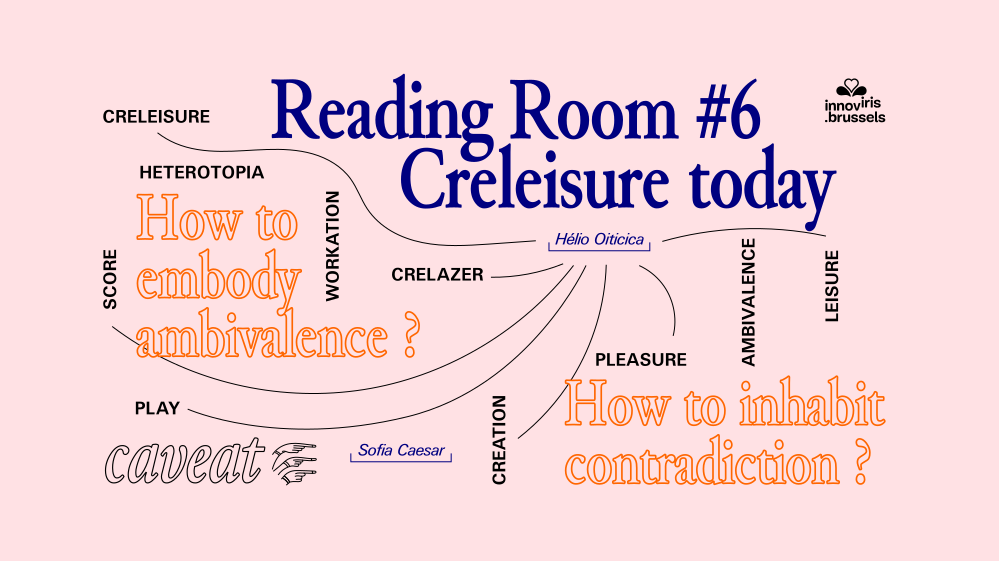 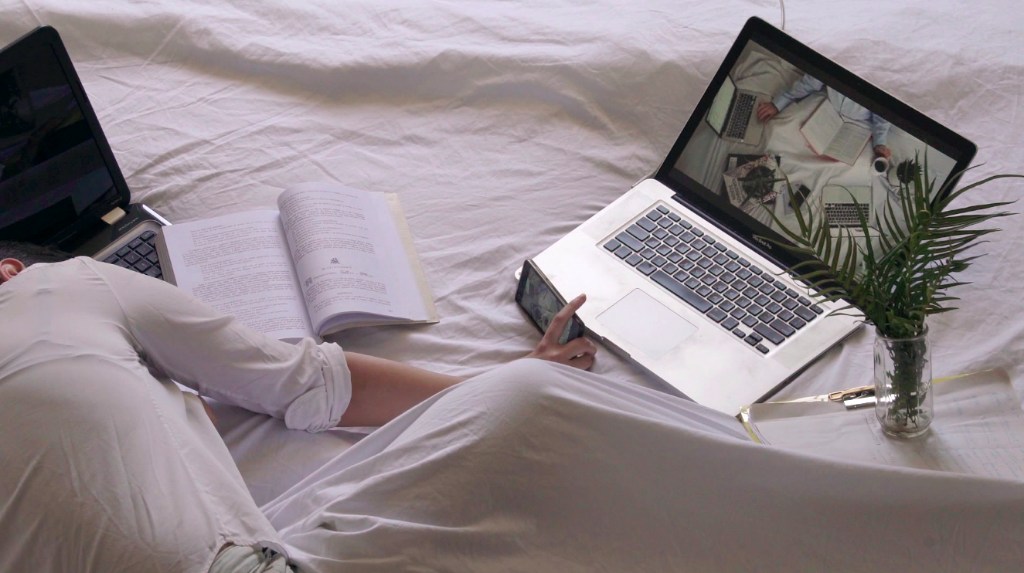 Collective reading of original texts by Brazilian artist Hélio Oiticica such as TROPICALIA, APOCALIPOPOTESIS, and Les Possibilités du Creloisir, in relation to stock images portraying a new model of worker, one who is both in vacation and at work.
These texts were selected by Sofia Caesar, one of the artists at the core of Caveat's collective research.

Copies will be available. The texts will be in English, Portuguese and French. If you don’t know one or two of these languages do still come because we will translate the texts together.

Caveat's reading rooms are free of charge, and everybody is welcome.

In the context of Caveat, Sofia Caesar has been developing research by engaging moving bodies including her own. Inhabiting contradictions between leisure time and work time, she is looking for an escape from this binary. Through her performative work, she investigates the body’s resistance to the recuperation of pleasure and leisure within capitalist societies.
With Caveat, she works towards a solo exhibition showcasing her recent production in Centro de Arte Helio Oiticica and in a yet unknown institution in Belgium.

During Bâtard Festival, Sofia Caesar developed a performative sculpture called Zero Hour. Zero Hour is inspired by the actual real template of a 'zero hour' working contract, as the ones that exist in Brazil and closer to us in the United Kingdom and the Netherlands. This work is an opportunity to reflect on modes of contracting with the field of work at large and the problematics that arise from these situations.