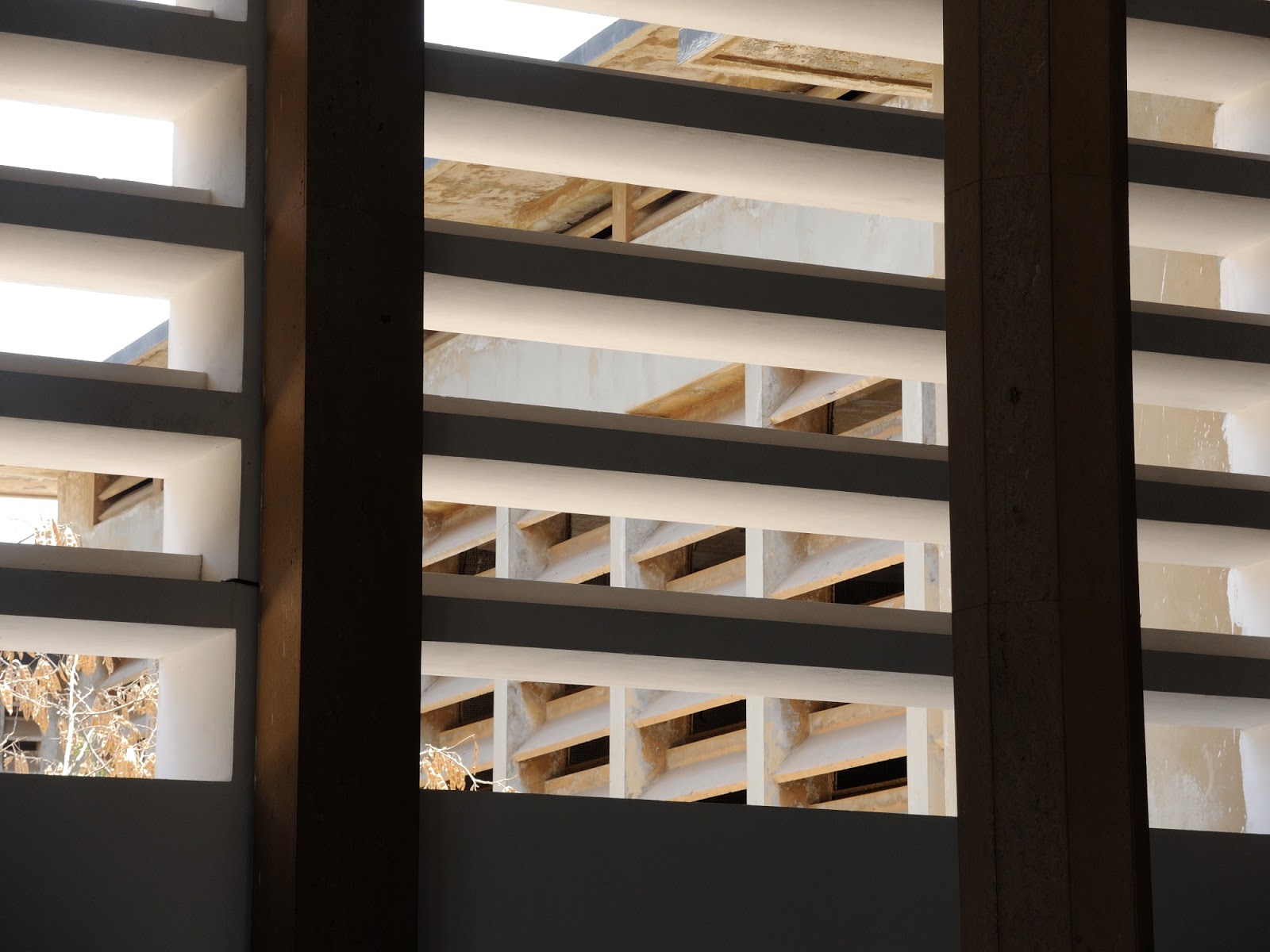 Just before the independence of Senegal in 1960, the colonial power of France yielded, at Cap Manuel in Dakar, a new courthouse. It is a typical kind of a modernistic, Corbusian approach of that time, where progressive ideas of enlightenment and uplift ruled. French architects Daniel Babani (1914-2006) and Pierre Roux-Dorlut (1919-1995) were the designers of this concrete palace; a complex of courtrooms, office rooms, utility spaces and mezzanines.

At first, the western-colonial initiative to build the courthouse according to imposed western standards and the issues of post-colonial identity consequential to that, which questions the significance (more). Following that, the withdrawal from public life and decay and finally, the promotion to one of the major stages of contemporary art in Africa, mostly shaped by African artists from the Diaspora, mainly to western countries. This transformation throughout these years of existence, became manifest in the building itself, its direct environment, the African context and beyond. Dock / Ancien Palais de Justice raises questions within the debate of the western and the non-western art discourse by the appropriation of archetypes, symbols and signs and the inclusion of a multiplicity of perspectives.

Dock / Ancien Palais de Justice invites the visitor to walk around in a construction, based on the original floor plan of the old courthouse. This is indicated by microphone stands and running audiotape, which links the resonance of a past to recorded sounds of today.

The ideas on habitat and identity, coloured in a personal human environment, and how it changes when the situation is transitional, opened up ways to invite a number of sound artists to compose a dedicated soundscape for this project. A listening space is equipped with a surround installation to serve a spatial experience of these contributions, curated by Cedrik Fermont and Paul Devens.

A short speech by Mique Eggermont (NL), independent curator and art historian, will open the exhibition. She organized and initiated several contemporary art projects in Senegal, often linked to the contemporary art biennial, Dak'Art.
After the speech, Elsa M'bala, Cedrik Fermont and Paul Devens will give a small concert.