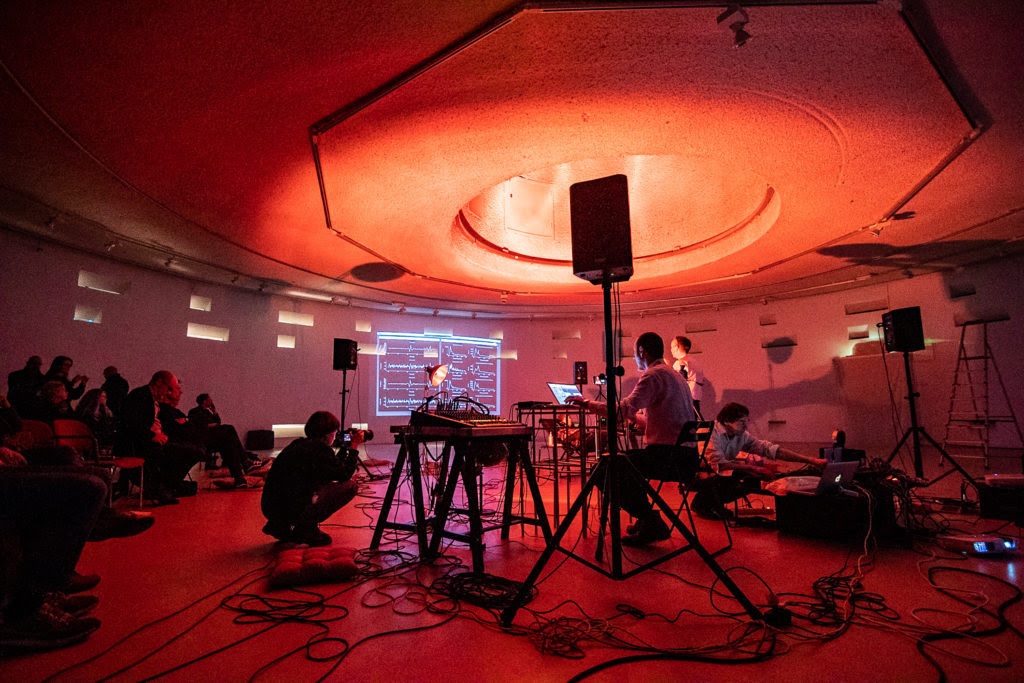 A performance by The October Collective, part of October Country III: Findings from Twilight Expeditions, a performative night at Kunstkapel, Amsterdam

Preservation Drill performs Struttin’ With Some Crepescule
Preservation Drill unites practitioners who together explore the potential links in their traditions: Bhuto practitioner Stefano Taiuti, Magic Lanternists Annet Duller and Henk Boelmans Kranenburg, and musicians Eric Boeren (trumpet), Wolter Wierbos (trombone) and Mo van der Does (Clarinet) concentrate on exploring a mutual space and in doing so forge new interdisciplinary paths. Three traditions will emerge as one in their own highly charged twilight zone.

Confederacy of Assonance performs Late Autumn
This piece concentrates on the shock of recognition that the season brings, while using as a springboard a text by Bruno Schulz known for deriving poetry from discarded things. This idiosyncratic performance group combines a devotion to concrete poetry and surrealistic imagery: manifestations of people and objects which are stirred to action and abstraction. The piece is performed by Mary Maher-McIver, Christophe Chaplet and Anthony Murrel.

The October Collective performs Symbiotic Solaris Stations
The resemblance of the interior of the Kunstkapel to the space station seen in Tarkovsky’s science fiction film has been frequently noted. This project was designed to bring a group of individual artists together as members of a research expedition. Solaris provides us with a set of issues in terms of AudioVisualSpatial that are demanding and the team will offer their own unique findings. On board for this first mission are Daniela de Paulis, German Popov, Justin Bennett and Roelf Toxopeus (BMBcon), and neuroscientist Robert Oostenveld.