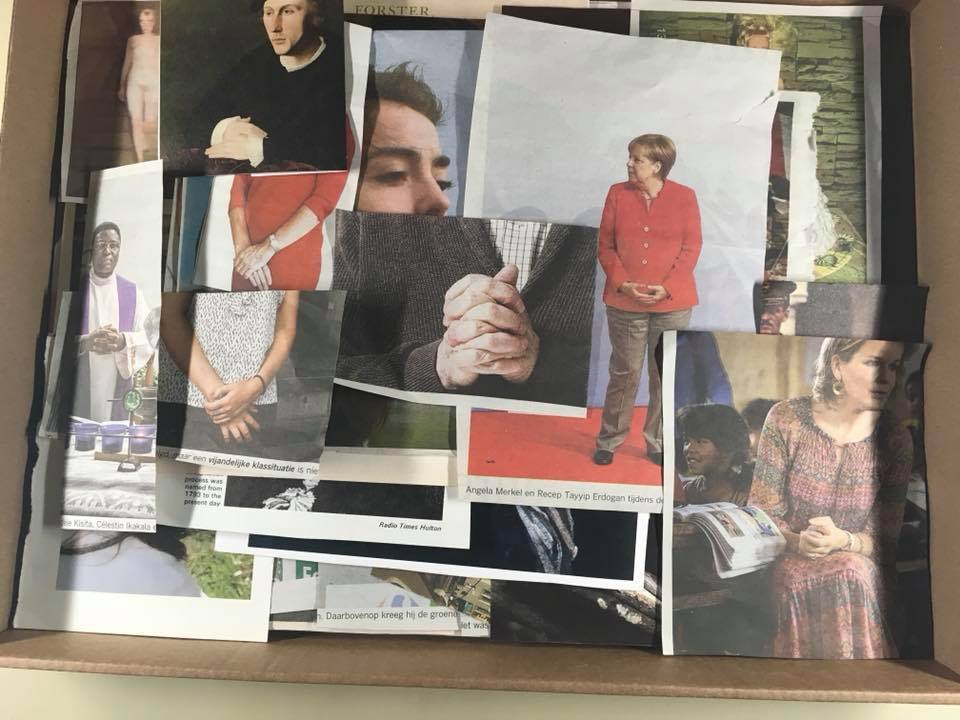 Forsterhuberheyne explores the various positions that the actors take in relation to the historical figures Georg Forster, Therese Heyne and Ludwig Huber, and their role within the Mainzer Republik (1793) - a short lived democratic republic influenced by the enlightenment ideals of the French revolution.

Scenographically, the actors display a great amount of images that they place on the floor around them. As the images relate in an associative way to each other and to the content of the piece, a parallel and layed narrative is developed that functions in an abstract and visual way.